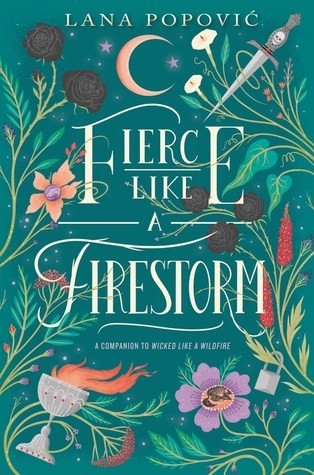 In the bewitching conclusion to Lana Popovic’s sumptuous and romantic teen fantasy duology, Malina must use her gleam to rescue her twin sister from a magical power more dangerous than Death.

Twin sisters Iris and Malina thought they knew how to reverse the ancient curse that haunts their line, the spell that destines them to use their gleams—unique forms of beauty-manipulating magic—to entice and enchant none other than Death himself.

But both sisters thought wrong.

Instead of ending the wicked bargain with the power of her infinite bloom, Iris is taken to an exquisite, uncanny realm in between this world and the next—a world Death created for her alone. Only, unlike all of Death’s companions before, Iris’s body goes on the one-way journey along with her soul, arriving in a kingdom never meant to sustain a living girl.

Left behind with Niko, her girlfriend, and Luka, the boy her sister loves, Lina searches for a way to save Iris. But as Lina unearths the dark secrets that bind her family to parallel fates of loss and immortality and Iris tries to outwit Death on his own terrain, a power resurfaces that even Mara, the original witch mother, fears. Now both sisters must learn to fully embrace their gleams—or else they’ll truly lose each other forever.

Luscious and breathtaking, Fierce Like a Firestorm is the second book in Lana Popovic’s dazzling duology about freedom, beauty, sacrifice, and the infinite power of love. 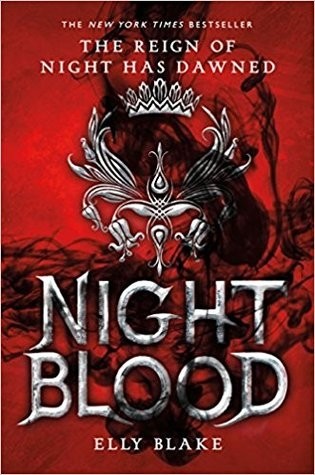 Ruby's world has changed more than she ever could have imagined. She's in love with a powerful Frost King. She's the heir to the Fire Throne. And she may be a Nightblood--the spawn of a vengeful deity hellbent on releasing his wraithlike Minax from their prison. Once freed, these beasts will roam the earth, devouring every last person until he or she is nothing but an empty husk. But Ruby is able to control the Minax to a degree, and now she, her beloved Arcus, and her friend Kai must find a way to bring Frostbloods and Firebloods--sworn enemies--together to make a stand against a foe more deadly than any they've faced.

In this heart-pounding finale of Elly Blake's gorgeously written and action-packed Frostblood Saga, the fate of Frostbloods, Firebloods, and all of humanity is at stake. 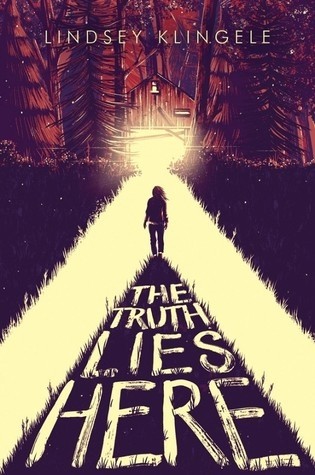 In small town Michigan, Penny, an aspiring journalist, teams up with the nerdy boy-next-door and the town’s star quarterback to find her conspiracy theorist father after he goes missing and several other townspeople turn up dead in the woods.The deeper she digs, the weirder things start to get. Townspeople repeat the same phrases—verbatim. Men in black suits stroll around Main Street. Chunks of her memory go missing. Pretty soon, Penny’s research leads her to the long-ago meteorite crash in Bone Lake’s woods, and she’s going to have to reconsider her definition of “real” if she wants answers. . . . 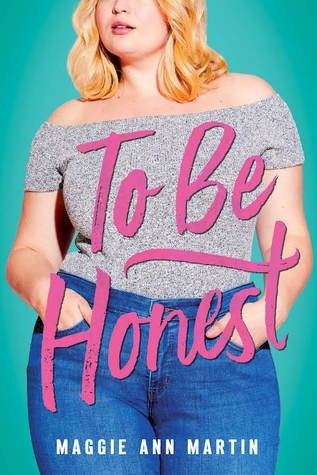 Savannah is dreading being home alone with her overbearing mother after her sister goes off to college. But if she can just get through senior year, she'll be able to escape to college, too. What she doesn't count on is that her mother's obsession with weight has only grown deeper since her appearance on an extreme weight-loss show, and now Savvy's mom is pressuring her even harder to be constantly mindful of what she eats.

Between her mom's diet-helicoptering, missing her sister, and worrying about her collegiate future, Savvy has enough to worry about. And then she meets George, the cute new kid at school who has insecurities of his own. As Savvy and George grow closer, they help each other discover how to live in the moment and enjoy the here and now before it disappears. 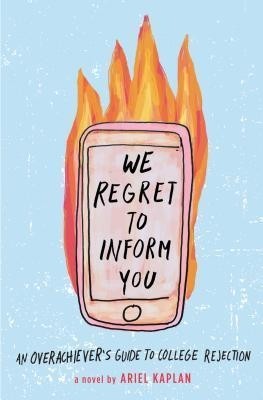 Mischa Abramavicius is a walking, talking, top-scoring, perfectly well-rounded college application in human form. So when she's rejected not only by the Ivies, but her loathsome safety school, she is shocked and devastated. All the sacrifices her mother made to send her to prep school, the late nights cramming for tests, the blatantly resume-padding extracurriculars (read: Students for Sober Driving) ... all that for nothing.

As Mischa grapples with the prospect of an increasingly uncertain future, she questions how this could have happened in the first place. Is it possible that her transcript was hacked? With the help of her best friend and sometimes crush, Nate, and a group of eccentric techies known as "The Ophelia Syndicate," Mischa launches an investigation that will shake the quiet community of Blanchard Prep to its stately brick foundations.