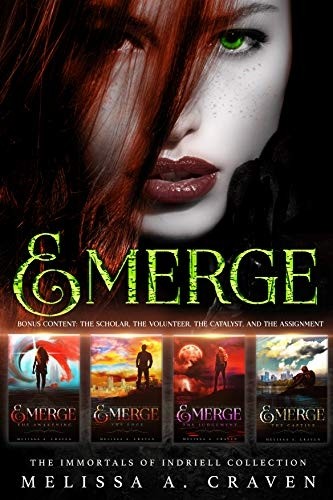 Emerge: The Immortals of Indriell Collection

They claim she is Immortal.

One of the most powerful of her generation.

They tell her he is her equal and she must learn to protect herself from their enemies.

When Allie Carmichael finds herself caught up in a dangerous world of immortality she never knew existed, nothing is as it seems.

As a latent Immortal power awakens deep inside her and her first gifts begin to emerge, Allie must learn to adapt to her power before it overwhelms her. But she’s years behind her peers, with precious little time to catch up.

They say it is time to put her mortal life behind her, but she still feels like the normal girl she always thought she was.

But there is nothing normal about Allie Carmichael. 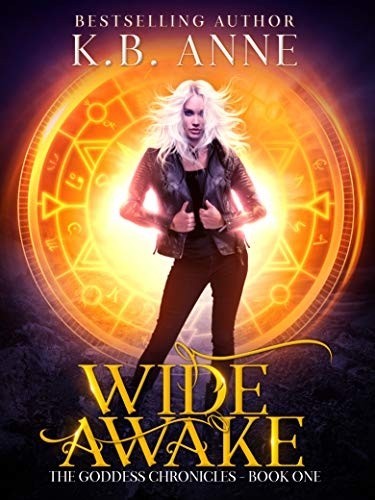 If I keep following the advice of Scott, my reputation for being a badass will be ruined. How dare he expect me to attend class when there’s all sorts of weird voodoo crap going on?

Gram tells me Druids live among us. They worship the forgotten Celtic gods that once ruled the Earth, and for centuries, they’ve practiced in Vernal Falls without incident.

I know nothing about Druids or Celtic gods. I only know the visions began when Breas, the new foreign exchange student, moved in next door. I also know my best friend, Lizzie, is obsessed with the spell book I found in Gram’s attic.

And someone is following me . . . which I find oddly comforting.

Breas provokes me—I mean really pisses me off. My friends protect me—but it’s mostly from myself. And a mysterious stranger wants me. I’m not sure what his intentions are, but I’m willing to take the risk.

Meanwhile, evil forces are at work, and I need to decide if I’m the one to save the world from them. Any guesses what I think? 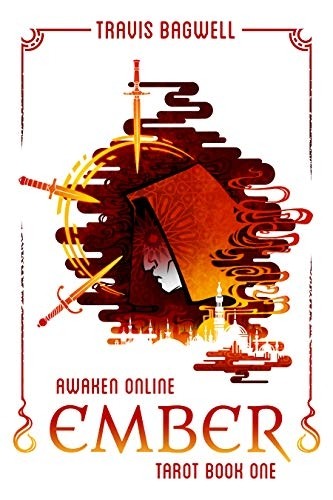 Finn Harris should have been the one to die.

But he wasn't - his wife took his place. What was worse, he only had himself and his company to blame. They let their passion outpace their prudence, determined to revolutionize the world. While all innovation comes with a price, he never imagined it would cost him Rachael.

Nearly a decade later, Finn is content to hole himself up and wait out the rest of his life - what little he has left. That is, until his daughter intervenes, forcing him out of his grief and into a new virtual reality game developed by his old employer. They're calling it Awaken Online, and she believes there's something unusual going on inside the game. And since Finn knows the company, knows their tactics - she might be right.

Finn wasn't sure what he expected to find when he logged in. But it certainly wasn't a manipulative fire god or a school for mages - where the students are pitted against each other in deadly duels and the faculty isn't shy about maiming or injuring novice mages to prove a point.

Now Finn must learn to fight, for his own life and a chance at redemption. He'll need to prove that his fire hasn't been snuffed out.

That there's still an ember burning... 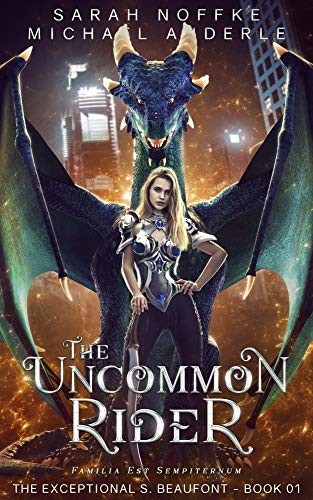 The first dragon rider in over a hundred years has been born.

Never before has a female been chosen to ride a dragon.

The Elite, a guild comprised exclusively of dragon riders, is dead according to most. No one has seen a rider in decades. The problems they used to fight overwhelm the world. Dragons are thought to be near extinction.

However, the Elite aren’t dead…

It’s just that a bunch of crusty, old men who do nothing that benefits the world at large are easy to mistake as useless corpses.

Sophia Beaufont is about to change all of that.

When the dragon egg that magnetized to her hatches, it sets Sophia on a new course. The Elite are immediately notified. She’s expected to train. To defend. To fight.

Sophia is ready to conquer evil, as the dragon riders should have been doing for centuries.

However, the Elite have been turning a blind eye, allowing the world to be overrun by criminals.

That’s all about to change.

S. Beaufont isn’t a girl who will be told to sit down and relax when a war is brewing that only a dragon rider can extinguish. 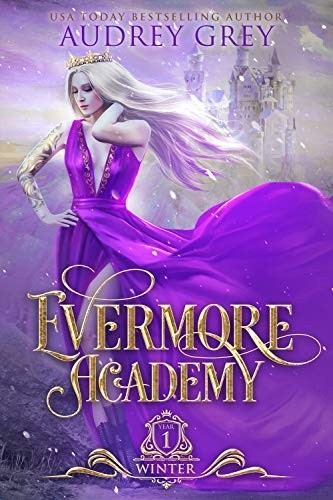 Welcome to Evermore Academy where the magic is dark, the immortals are beautiful, and being human SUCKS.

After spending my entire life avoiding the creatures that murdered my parents, one stupid mistake binds me to them for four years.

My penance? Become a human shadow at the infamous Evermore Academy, finishing school for the Seelie and Unseelie Fae courts.

All I want is to keep a low profile, but day one, I make an enemy of the most powerful Fae in the academy.

The Winter Prince is arrogant, cruel, and apparently also my Fae keeper. Meaning I’m in for months of torture.

But it only gets worse. Something dark and terrible looms over the academy. Humans are dying, ancient vendettas are resurfacing, and the courts are more bloodthirsty than ever.

What can one mortal girl do in a world full of gorgeous monsters?

Fight back with everything I have—and try not to fall in love in the process. 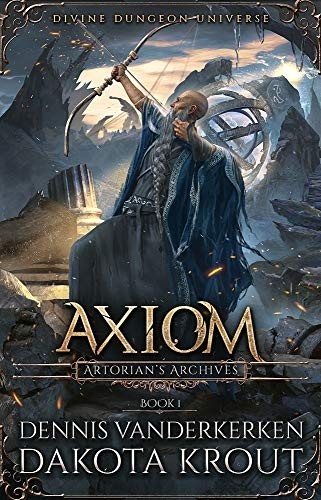 by Dennis Vanderkerken and Dakota Krout

A town put to the sword. The young forcibly recruited. An old man out for revenge.

After his town is put to the sword and the children are taken to replace the fallen, an old man is out for revenge. He’s ready to fail at the most difficult challenge in the world: cultivation.

Too corrupted to even take the first steps, the sly old elder simply agreed with those who told him that it was impossible. Then he quietly ignored them, rubbed his hands together, and started anyway. He had always failed in what he did: he lost his way from the academy, his command was devastated by a Mage, he lost his town, and now his last hopes for the future had been stolen by a group of raiders. The only thing that had never failed him was his sharp mind and philosophy. He would cultivate... no matter what it cost him.

A lifetime of failure can dull and dampen a soul. A reason to live, a goal, can change that in an instant. It is always darkest just before the dawn. 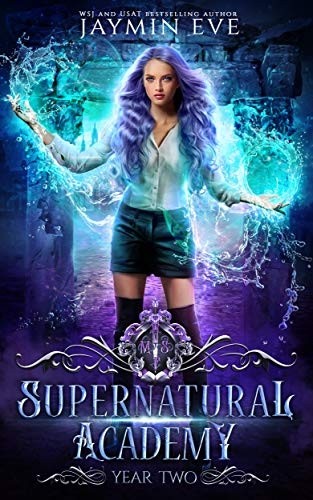 Year Two at the Academy! The year of purple.

Maddison James learned a lot about life last year. Only important stuff, of course. Like how to breathe under water, how to turn an arrow into a weapon, and how to fall in love.

Now it's just time for them to live happily ever after.

Only the gods have different plans. And with Atlantis rising, Maddi isn't sure she'll survive long enough to even finish her second year, let alone have any sort of future.

Even worse, the sadistic Atlantean gods want to break her before they kill her. But Maddi has been underestimated before, and she has hidden strengths they'll never see coming. 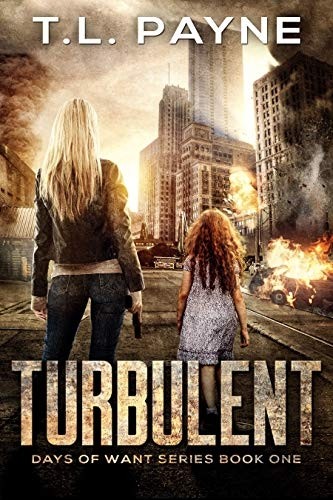 In an instant, everything stops. No lights. No phones. No transportation.

When coordinated EMP and Cyber attacks wipe out the nation’s power grid and communications, ultra marathon runner, Maddie Langston, is forced to run for her life.

Stranded in a Chicago airport when the lights go out, Maddie is in a race against time. According to her father, she doesn’t have long before the city descends into chaos. She must leave the airport before it is too late.

Although she knows she must flee the Windy City, Maddie’s first battle is to overcome her fear of the violence she knows is coming. She’s a fighter; she just doesn’t know it yet.

The perilous journey out of the city becomes even more difficult when Maddie takes responsibility for an orphaned ten-year-old girl. Together, as chaos fills the streets, they must fight to survive in a Turbulent new world.

Would you have what it takes to survive?