May 23 Posted by Melissa A. Craven, Indie Manager in News & Updates 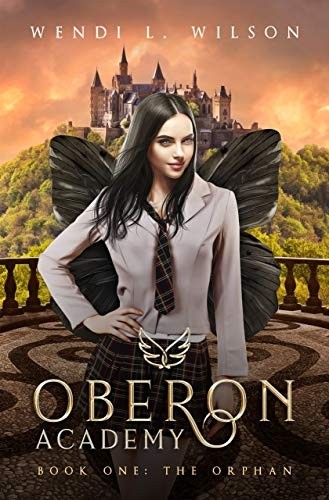 Sometimes the ones who save us are the ones we need to fear the most.
In a world where dark faeries have stepped in to save the planet from humanity’s mistakes, seventeen-year-old December Thorne is nothing but a shadow. Shunned by her peers, bullied at school, and paid a little too much attention by her sleazy foster father, she lives in constant fear and perpetual solitude.
Until the day everything changes.
Offered a scholarship to the prestigious Oberon Academy, December finds herself living in a whole new world. Boundless food, clean clothes, a safe place to sleep, and the potential for true friendship make her new life seem almost too good to be true—but the school has a secret.
The truth is, Oberon Academy isn’t just a prep school for society’s elite. It’s a training ground for a secret race of magical beings no one knows exists. And they’re preparing for war.
Filled with fear and denial, December has a choice to make. She can either return to her pathetic life with her dangerous foster parents, try to survive on her own, or make Oberon Academy her home and discover the truth about who, and what she really is.
And that truth could save the world. 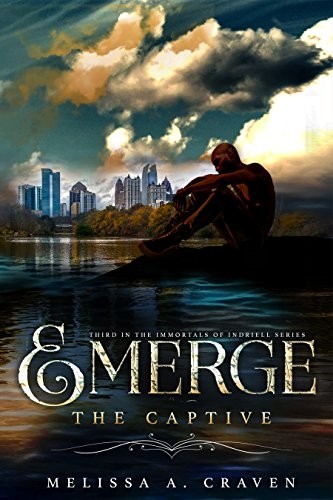 A moment of distraction has cost him his freedom but
Quinnton Loukas has a dangerous secret
Held as a captive of the Immortal organization, known as Soma, if his secret is discovered it will be used against him. From the moment of his Awakening, Quinn has struggled with an addiction to his power. The rigid self-control that has kept his addiction at bay is now in the hands of another. If Livia discovers what he is capable of, she will drive him to become the monster he fears is lurking deep inside his soul. His only hope is to escape before she has that chance. But there are others at Soma. Those he’s grown to care for and refuses to leave behind.
Thousands of miles away in India, Sasha blames herself for the capture of the boy she’s loved nearly all her life. As she and her family work to find a way to bring Quinn home, Sasha is caught up on a journey of her own that will take her far from everything she ever thought she wanted. Drafted by the Senate into a brutal training program, Sasha begins to discover who she truly is and how little control she has over her own destiny.
Sasha and Quinn have always shared a special bond, but with their lives moving in opposite directions can they ever go back to the way they were?
Or is there something much more complicated about the future of their relationship? 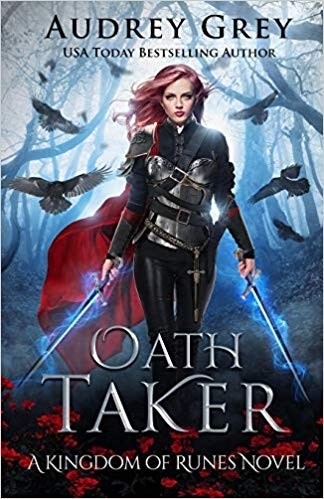 After the Prince of Penryth saved her from captivity, seventeen-year-old Haven Ashwood spends her days protecting the kind prince and her nights secretly fighting the monsters outside the castle walls.
When one of those monsters kidnaps Prince Bell, Haven must ally with Archeron Halfbane and his band of immortals to rescue her friend.
Her quest takes her deep into the domain of a warped and vicious queen where the rules are simple: break her curse or die.
Lost in a land of twisted magic and fabled creatures, Haven finds herself unprepared, not just for the feelings she develops for Archeron, but for the warring powers raging inside her.
Her rare and forbidden type of magic may be their only hope . . . but mixing light and dark comes with a steep price.
Haven’s soul.
Faced with impossible love, heartbreaking betrayals, and a queen intent on destroying the realm, only one thing remains certain.
Haven must shatter the curse or it will devour everything she loves. 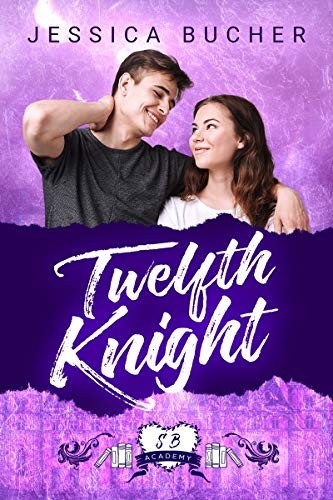 Twelfth Knight is a retelling of Shakespeare's classic romantic comedy with a fresh, modern twist!

Violet Noble loves a good challenge. That’s why her parents were so insistent on getting her and her twin brother, Sebastian, a scholarship to Shelfbrooke Academy. But when Sebastian bails on the plan, Violet is left alone in a strange land of rich kids and hot rugby players.

When Violet discovers the academy’s online gossip forum, she finds the courage to comment...under her brother’s profile. Before she knows it, she's giving dating advice to the captain of the rugby team, Owen Duke, and flirting with his beautiful ex-girlfriend, Lily Thorn.

Now, Violet is falling for Owen, and Lily is falling for fake-Sebastian, and everyone is miserable. Can Violet clean up the mess she’s made...and somehow keep her new friends in the process? 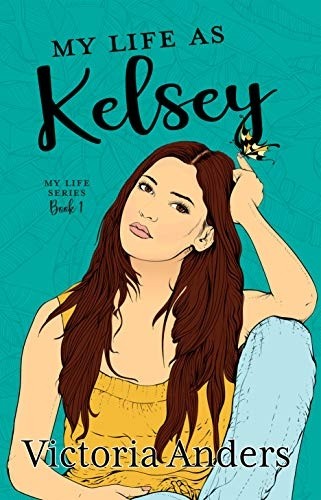 My Life as Kelsey (My Life Series Book 1)

A roller coaster ride of discovery about love: letting it in, handing it out, and releasing it to the wind.
Nothing amusing about working at an amusement park for the summer--until Stone Maverick Avery walks in with his designer sunglasses and rock star attitude. He's totally out of my league.
Oh, did I forget to mention,
I'm not allowed to date?
My mom, who's afraid I'll end up an unwed, single teen mom like her, keeps me on lockdown from friends and boys.
She insists my priorities be SATs and finishing top of my class.
As summer ends and 11th grade begins, I must say goodbye to my little bit of freedom. And goodbye to any chance of seeing Stone again.
But then it happens.
That tragic event that redefines my life and turns it from monotonous existence to roller coaster journey: finding first love, learning the truth about my father, and discovering a different side of my mother.

Twists and turns that teach me about all the facets of love. In the end, will these lessons allow me to live a life of no regret, or will I let my past pull me under?

My name is Kelsey.
And this is my life. 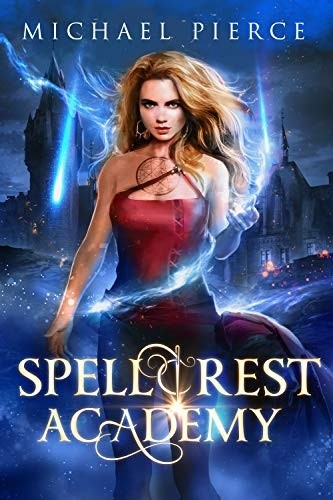 Keep your enemies close...
Maeve Rhodes is not your typical Good Samaritan. However, when she stumbles upon a fallen, elderly woman, she stops and tries to do the right thing. Little does she know that this chance encounter will forever change the direction of her life.
Marked with a new tattoo emblazoned across her chest and struggling to control a whole host of new powers, Maeve finds her life spiraling out of control. That is, until one more chance encounter offers an explanation… and a privileged opportunity to attend Spellcrest Academy.
Paired with a shy elf and a moody Nephilim, Maeve quickly takes to her new home at the premier magical institution, not to mention the dreamy senior advisor whom, for some idiotic reason, she can’t stop thinking about. Love at first sight is sappy sh—crap for fairy tales, not real life. However, she can’t deny the instant connection.
As the school year progresses, Maeve discovers her invitation to the Academy might not have been so innocent after all. Sinister forces want her unique abilities and are willing to kill for them.
Maeve doesn’t just need to survive her classes, she must survive the plots against her, a decades-old magical war, and following her own capricious heart. She’s never been averse to diving into danger, but this time, she might be in over her head. 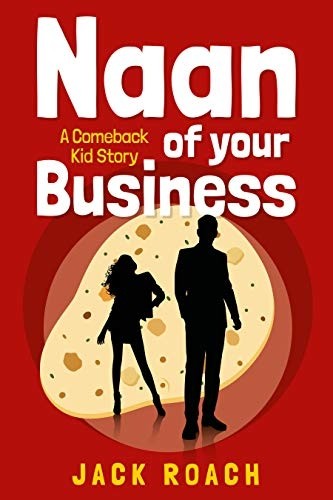 Naan of your Business (A Comeback Kid Story)

Too shy to reply? The Comeback Kid will do it for you!
In this hilarious take on the modern-day detective story, Frank "The Comeback Kid" Davenport has made a cozy living finishing arguments for people too embarrassed to speak up for themselves. But when a beautiful young woman hires him to tell off her dad, he quickly discovers that this job will be unlike any he's had before. If he's going to finish it, the unlikely sleuth will have to hunt her father down himself. The only problem? Ruthless killers are also looking for him, and now Frank is in their sights. His only hope is to find out why the dad skipped town before Frank's life, career, and floundering love life are ruined.
Fans of Douglas Adams and Christopher Moore will love this uproarious thrill ride. 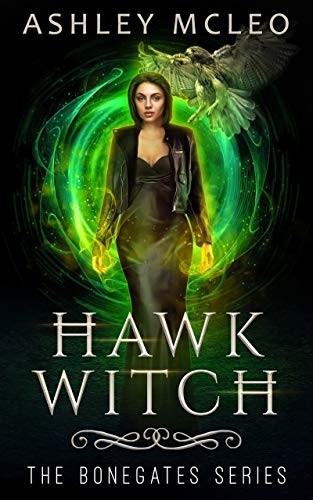 Blood calls. Soar, surrender, or die.
Lana Shea is a mediocre witch, a lackluster student, and a loner with no clear path in life.
But when a shifter delivers a scroll bearing strange clues to her father's whereabouts, one thing becomes clear.
She must search for the father she’s never known.
Lana races across Dublin solving the obscure clues until finally, she is transported into a bleak kingdom in Faerie.
A kingdom her father rules.
When asked to participate in the Successional, a violent royal tournament, Lana accepts. As do twelve of her new siblings. To earn her father’s attention, she must win.
Under the tutelage of her handsome guard, Lana learns Faerie is darker than she ever imagined and as a competitor, there is more than just her father’s love at stake. In fact, the fate of fae she’s come to know and cherish may be on her shoulders.
Can she master her magic in time to win? Is Lana willing to spill the blood of her newfound siblings to better her life and help those who need it most? 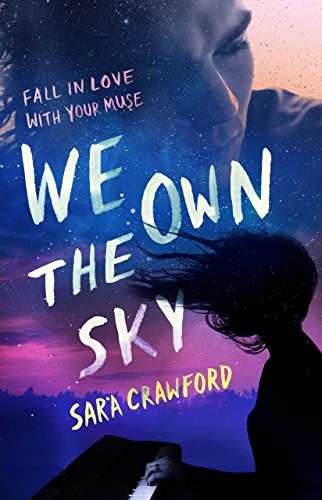 16-year-old musician, Sylvia Baker, has always been different. She's the only one who can see the "flickering people." When she sees a gorgeous flickering man named Vincent, she learns that they are Muses.
With his help, she finds herself creating exquisite songs that she loves almost as much as songs by her favorite bands--Radiohead, M83, and The Black Keys--and she is falling in love in a way she never knew was possible. While trying to maintain her newfound friendships and her band, she falls deeper into the world of the Muses.
When the original Greek Muses wake to find a world in which the internet has given everyone the tools to be an artist, a battle between traditional and new methods of creation ensues. As Sylvia discovers how she is connected to the world of the Muses, she learns that this war may put her music, her love, her very life at stake.

Start Reading We Own the Sky Now 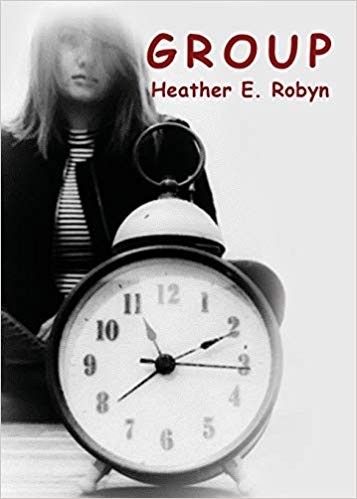 Twins Jade and Pearl were inseparable until Jade’s sudden death. Jade attends sessions to move on but can’t remember facts about her death. Pearl struggles with her own progress as grief grips her. She meets Sander in therapy, who shows her healing and moving on is possible. Will their sisterly bond survive loss, grief, and everything in between?