May 02 Posted by Melissa A. Craven, Indie Manager in News & Updates 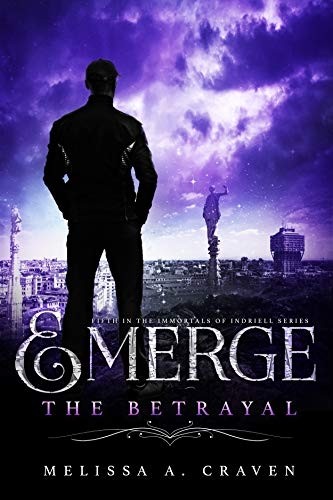 She had a new life that didn’t include him.

It broke his heart, but to save her, he had to set her free.

Shielding Allie and his family from his new life is the only thing that keeps Aidan going. That, and his special bond with his partner, Naomi. Together they have an important job to do.

Convince the Milan Initiative they can be trusted to lead an army of Syntrophos—an army that is loyal to Aidan alone.

But betrayal is like a cloud hanging over them. It lurks in every corner, leaving Aidan and Naomi unable to trust anyone but themselves.

Reeling from the loss of the most important person in her life, Allie’s spirit is broken. Her only anchor in the storm is her Syntrophos, Darius McBrien. With Aidan’s inexplicable absence, Allie distances herself from the McBrien family, finding solace in an unexpected friendship.

Determined to keep her indomitable sister, Livia behind bars where she belongs, Allie moves on with her life. But as the brewing war in the Dreamworld reaches new heights, Allie and Livia must work together with Navid and Quinn to stop the dream walker who threatens the very lifeblood of the Dreamworld.

Allie has been warned. Someone close to her will betray her. But her clairvoyance didn’t come with a rulebook and Allie has no idea who she can trust. 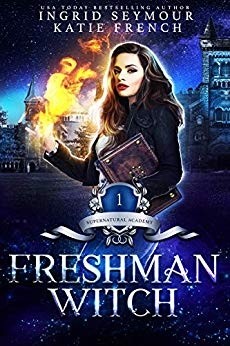 By: Ingrid Seymour and Katie French

Of course, magic is real. Everybody knows that.

Since it came out on the news that Supernaturals exist, I’ve heard they can do spells, shapeshift, live forever, you name it. Wonderful, right?

In my world—where I’m homeless and spend my time avoiding rats and meth heads—magic sounds like major BS.

But, when I’m accused of stealing and they’re about to arrest me, the item I took disappears from my hand as if by magic. WTF?

Just like that, the Supernatural Academy swoops in and recruits me. But I don’t belong there, and everyone else agrees, including, Rowan Underwood, this rich and annoyingly handsome warlock who has it in for me. He’s investigating the theft of magical artifacts, and he thinks I’m involved.

Seriously? I just got here.

But I can’t worry about that, not while dead kings try to drain my essence or a spell from these angry pixie minotaurs sends my hair follicles into overdrive until I look like Cousin It.

Yet, I can’t avoid Rowan, and while I learn enough magic to stay alive, I also need to keep myself from falling for a guy who’s clearly my worst decision ever. 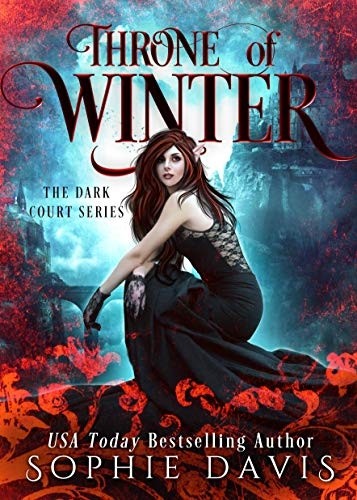 She's the Fire Fae of Legend.
He's the Warlock Heir to the Throne of Winter.

Maybrie Hawkins is the badass who dominates the Dark Court’s fight pits where fae and shifters battle for powers. The royals chant her name, like she's a goddess instead of a lowly entertainer.
Like all Casters, Kai needs the shared powers of a fae to do more than basic magic on his own. The strongest bonds are forged via love, and it's time for him to find a match.

His sights are set on her.

Maybrie doesn't have time to be courted by the Prince of Winter. A rebellion is brewing, an uprising against the Casters. The dome of the Dark Court is the only thing protecting them from the frozen wasteland beyond, but the fae are done pandering to the Magicals in exchange for safety.
And Brie doesn’t pander to anyone.
Can Kai keep up? 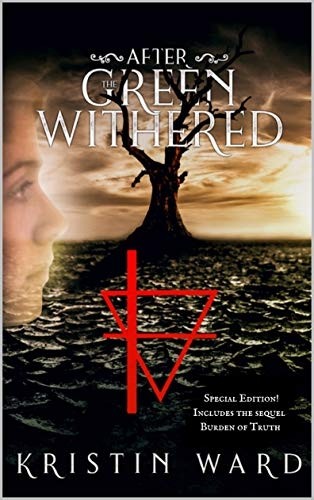 After the Green Withered (Books 1&2)

They tell me the country looked different back then.

They talk of open borders and flowing rivers.

They say the world was green.

But drought swept across the globe and the United States of the past disappeared under a burning sky.

Enora Byrnes lives in the aftermath, a barren world where water has become the global currency. In a life dominated by duty to family and community, Enora is offered a role within an entity that controls everything from water credits to borders. But it becomes clear that not all is as it seems. From the wasted confines of her small town to the bowels of a hidden city, Enora will uncover buried secrets that hide an unthinkable reality.

As truth reveals the brutal face of what she has become, she must ask herself: how far will she go to retain her humanity? 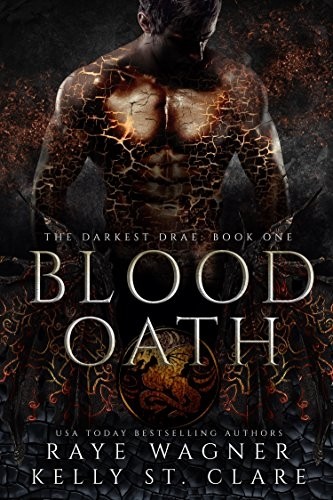 Everything I know is a lie.

In the disease ridden land of Verald, life is mapped out much like the established rings of our kingdom. Everyone has a role…
Me? I’ll be uselessly serving potato stew for the rest of my life because I can’t make anything grow.

When the king strikes, I’m captured by Lord Irrik. Instantly, I’m embroiled in a deadly game. One where I’m desperate to understand the rules.

Because nothing makes sense anymore.

Now, I'm not only fighting for my life . . . but a love that could be the key to my freedom.

What if the truth means you’re not who — or what — you thought you were? 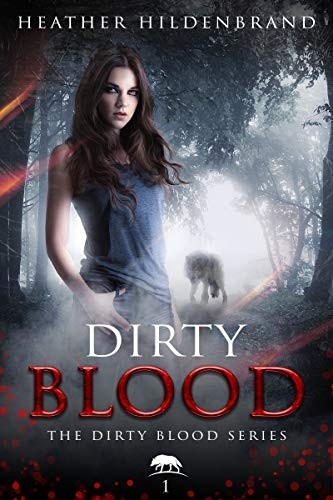 I killed a girl last night.

I did it with my bare hands and an old piece of pipe I found lying next to the dumpster. But that’s not the part that got me. The part that scared me, the part I can’t seem to wrap my head around and still has me reeling, was that when she charged me, her body shifted.

And then she was a wolf. All snapping teeth and extended claws. But by the time I stood over her lifeless body, she was a girl again. That’s about the time I went into shock.

That's the moment he showed up.

Now, all I can do is accept the truths that are staring me in the face. One, Werewolves do exist. And two, I was born to kill them. 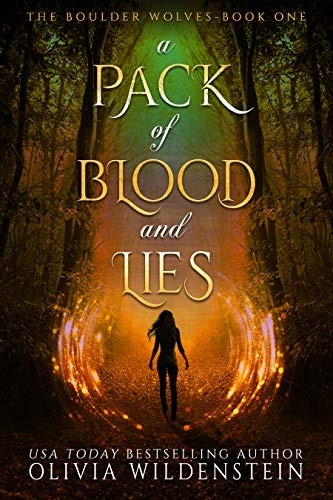 THE PRIMAL RULE OF WINNING: DON'T FALL IN LOVE WITH THE CONTENDER.

Three months shy of her eighteenth birthday, Ness is forced to return to Colorado. Even though it’s been six years, and the wolves of her all-male pack don’t recognize her, she recognizes them. People who shun others because of their gender are hard to forget.

Especially Liam Kolane—son of Heath, the crudest and cruelest Alpha to have ruled the Boulder Pack. Liam is as handsome as he is infuriating, as kind as he is punishing, and he makes Ness’s traitorous heart race, which isn’t good. After all, he’s a Kolane. Like father like son, right?

When Heath dies, Liam vies to become the new Alpha and no one dares challenge him.

Start Reading A Pack of Blood and Lies Now 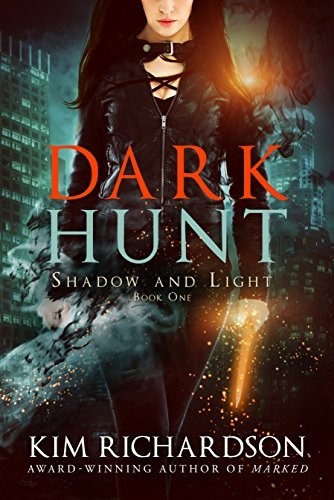 Broke and living in a one-bedroom apartment the size of a closet is not what you’d expect from an elite Hunter like me. But Hunting demons and half-breeds isn’t your average nine-to-five job with benefits. The hours are long and the pay usually sucks.

I didn’t think I was going to make rent again until the Council, the group of angel-born who’d shunned me all those years ago, offered me a job—a paying one.

I could either tell them to shove it, or take the job. So what’s a gal to do? Take the gig, of course.

Everything would have worked out fine if the Council hadn’t forced me to work the case with Jax—an angel-born warrior who happened to be way too pretty to be legal. Turns out Jax has an agenda of his own and is determined to make my life hell, but I’m stuck with him. For now.

And things went downhill from there when I found out the demon I’m Hunting is a Greater demon. And yeah, it’s Hunting me too. Swell.