Ilsa has been afraid of dragons ever since she saw them in the sky the night she was chased from her village as a child. Now, a decade later, she’d love to return to the place she once called home—if only she knew where to find home.

Truth is, Ilsa doesn’t know who she is. She only knows her father left her in the care of a guy named Ram, who teaches her swordsmanship in a butcher shop until the day when it’s safe for her to continue home.

But it may never be safe, and their enemies are closing in. Ilsa and Ram are being hunted, and they must flee through the dangers that bar them from their homeland. The journey will require all their skill and strength, but it will also uncover the secrets of who Ilsa is and where she belongs.

She’s always longed for the truth, but once she learns it, can she accept it?

And do those ancient monsters even deserve to live?

Life leaves you scarred. Love can make you beautiful.

Sloane Munster had the perfect life, until she didn’t. Now seventeen year-old Sloane is trying to reboot her life after a serious accident left her badly scarred and emotionally traumatized.

Starting her senior year at a different school, she recognizes Luke Naughton, a swimmer whom she once had a crush on, in her new class. But when she smiles at him, he glares back with revulsion and she’s sure he’s disgusted by her ugly scar. No matter how hard she tries to keep out of his way, life keeps bringing them together and despite misunderstandings and guilty secrets, the chemistry between them sparks. Meanwhile, tensions are mounting at their school where bullying is rife and Sloane is not the most deeply scarred person.

Salem’s Revenge strikes without warning or mercy, ravaging the powerless human race under the forces of united gangs of witches, wizards, and warlocks. During the slaughter, Rhett Carter's foster parents and sister are killed, and his best friend and girlfriend are abducted by a gang of witches calling themselves the Necromancers, who deal in the dark magic of raising the dead. Rhett’s sword-wielding neighbor with a mysterious past saves Rhett from becoming another casualty of the massacre and teaches him the skills he needs to survive in this new world.

Rhett is broken, his normal high school life of book blogging and football playing shoved in a witch-apocalyptic blender. The only thing he has left is his burning desire for revenge. Armed with his new witch hunting skills and a loyal, magic powered dog named Hex, he sets out into the unknown with one mission: hunt and destroy those who took away everyone he ever loved.

But Rhett isn’t just a witch hunter; he has secrets of his own that he has yet to discover, secrets that his enemies will stop at nothing to keep him from.

And discovering the truth about himself is the human race’s only hope.

In a future where time travel has been outlawed, a black market exists for anyone with the money, connections, and nerve to request items from days past. As a Runner for one of the underground syndicates that now controls the timewaves, Stassi 2446-89 has seen it all: the fall of Rome, the rise of Hitler, the end of democracy, the establishment of time tourism, and the devastating consequences of it. Her job is to seamlessly slip through the past, in search of items of value to the syndicate's clientele.

Stassi's next assignment takes her to Paris in the 1920’s, in search of a lost manuscript by one of the twentieth century’s greatest writers. She and her partner, Gaige, are swept up in the City of Light during the height of fashion and culture—as alluring a locale as they’ve ever visited. But a seedier side of life lurks beneath the glamorous façade, and the pair quickly learns this run is more dangerous than any of their previous missions.

Because history isn’t playing out as it should be—a first for the syndicate. When the stakes are raised and it becomes a matter of life or death, Stassi and Gaige must ultimately decide how far they’re willing to go to ensure the future as they know it.

Joshua is small for his age. He has been bullied relentlessly for years, and all of his friends have drifted away from him. Eve is a pretty girl who has just been recruited into the popular clique. The two couldn't be more different.

As they begin their final year of middle school, the unlikely pair find themselves partners in Science class. At first reluctant to work with him, Eve soon discovers hidden truths about not only Joshua but their school that turn her world upside-down.

When in Rome... Find Yourself: A Sweet New Adult Romance

Rory Hartnett has sworn off love, so boys will not be a distraction on her six-week study abroad trip to Rome. She has her plate full dealing with her anxiety in a foreign country, making friends to explore the city with, taking classes, and applying for an internship at a travel e-zine. But when she meets the cute artist sharing her eccentric host mother’s lodging, all bets are off.

Start Reading When in Rome 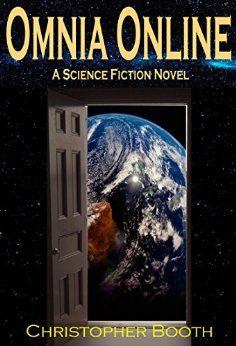 I would like to invite you on an adventure with me, as we explore the potential of a Fully Immersive Virtual Reality Massive Multi-Player Online Roleplaying Game (FIVR-MMORPG) to change lives. Not just a game, but also as a tool for physical and mental development. Omnia Online is soon to be released, the first ever of its kind in Kevin’s world. Join him, as he experiences just how big and complex his universe really is.

Rules of a Rebel and a Shy Girl

It started with a kiss and ended with a list. The middle is a bit more complicated.

I’ve always been great at following rules. But the more time I spend with Beck, the more I can’t stop thinking about that kiss and how amazing his lips felt against mine. For the first time in my life, I wish I was a rule breaker. But I can never cross that line. Not with Beck. Not with anyone.

Besides, if Beck knew the truth about my life, then the list wouldn’t have to exist because he wouldn't have kissed me to begin with.

It started with the most amazing kiss ever and led to Willow handing me a list.

That stupid list. When she gave it to me, I wanted to shred it to pieces, pull her against me, and kiss her until she realized a piece of paper wasn’t going to stop me. Willow’s been my best friend since forever and she should know by now that I’m not a follow-the-rules kind of guy.

She may think that kiss was a mistake, but she’s wrong. Kisses like that can’t be a mistake. Willow and I belong together, have since the day I promised to always protect her from the bad stuff in her life. And somehow I’m going to prove it to her. Just like I’ll always protect her no matter what.

Start Reading Rules of a Rebel and a Shy Girl

Night of the Purple Moon: the Toucan Trilogy book 1

After a pathogen from a passing comet kills most of the world's adults, three siblings, Abby, Jordan, and Toucan, embark on a dangerous journey to survive the apocalyptic nightmare.