“Normal” is something I could only dream of being called. “Mental” or “screwed up” is what I’m labeled. But actually feeling other people’s pain does that to a girl. I’m not an empath. I’m crazy! That is until I meet one guy who makes it all go away.

The problem is, he’s even crazier than me. At least I thought that in the beginning before the coincidences became undeniable. But, if what he was saying were true, he would not only become my savior, he would also open my eyes to a world filled with angels, demons, witches, and an ancient curse that I’m caught smack bang in the middle of.

Either way, I already knew he’d be the death of me.

By Jaymin Eve and Leia Stone

Betrayal. Forbidden romance. And a fight to the death.

Arianna is a 20 year old queen heir, eligible for the crown of wolf shifters. Heirs are trained and groomed from birth so that they're ready to rule should the queen perish during their time of eligibility. Only heirs can control the mecca, a powerful force of magic that runs beneath the boroughs of New York City.

Of course, there's little chance that the Red Queen will fall, she has stood for a century, and her power is beyond reckoning. Or so Arianna believes, right up until the final tolling of the bells. The queen has been murdered and four heirs will now fight it out for the crown.

If that wasn't enough to keep Arianna busy she also has to deal with a forbidden kiss, a bear king who may or may not be behind the war on her people, and the reappearance of a race of beings who were thought to be no more than urban legends. 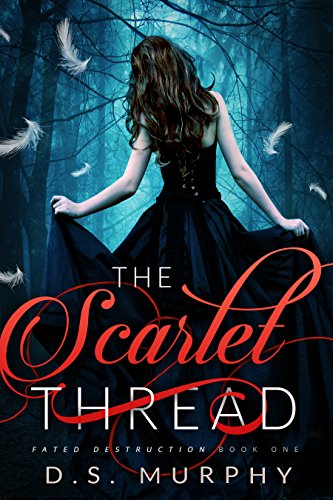 My name is Kaidance Monroe, and sometimes when I touch people, I see how they die. After I saw my little brother's death but failed to stop it, my parents abandoned me to a juvenile detention facility. I don't let people touch me anymore. Not my fingertips, not my skin, not my heart.

Just before I turned 18, I got a visit from a cute guy, who tricked me into giving up my secrets. He said I was special, but he wasn't the only one searching for me. I barely escaped with my life. Now I'm in a mansion, learning how to control my abilities - abilities so powerful, even the gods are jealous. I didn't mean to make anyone fall for me. Certainly not my would-be killer. And I never imagined how far he would fall.

How far would you go to save your friends?

When Chase finds survival gear hidden in the attic of his boarding school, he realizes Ashwood Prep isn't what it seems. Thrust into a conspiracy that is centuries old, he can choose to run or stand up and fight.

After an earthquake cuts the school off from the rest of the world, Chase has to figure out who's a friend, who's an enemy, and if there's really any difference at all. As the world starts to collapse, trusting the wrong person can have deadly consequences. Caught between his classmates and the professors' schemes, he can't afford to choose wrong. It would all be a lot easier if Taylor and Maya weren't pulling him in opposite directions.

Is it really the apocalypse? Or is it something much worse?

Six hundred years after The Outbreak, the human population stand side by side with the Fae & the Vampyrs to stop the Demon King from starting a second Dark War.

Seventeen year old Adelaide Tate is in her last year of the Academy, with her eyes set on becoming part of the Red Guard.

Who cares that no female has ever joined?

When a dark force develops an unhealthy liking for her, Adelaide needs to fight for her life and figure out what makes her so different from the others.

She must overcome it all in order to turn her world the right way around again.

Adelaide has one choice. Accept the help offered to her by Xander Bane, or face the Demon Hoard alone.

One thing is for sure. The descent will be bloody.

Book of the Night: The Black Musketeers

In this thrilling adventure by bestselling author Oliver Pötzsch, thirteen-year-old Lukas has been trained as a swordsman by his father, a nobleman who was once a famed Musketeer. When the threat of war and accusations of witchcraft spread across the land, Lukas’s life is forever changed. He flees his home and vows to find his missing sister.

Surviving as an outcast, Lukas encounters thieves and mercenaries, a strange astrologer, and a master swordsman. He also meets three other fencers—Giovanni, Paulus, and Jerome. Each brings a special talent to their team that leads them to the Black Musketeers, the best fighters in the army. But living with the black-armored Musketeers is nothing like they imagined. In his quest to find his sister, Lukas learns of a legendary book that holds powerful magic. As he fights to keep the Book of the Night out of the hands of his greatest enemy, Lukas discovers the secrets of his own family and what it really means to be a Musketeer.

Start Reading Book of the Night 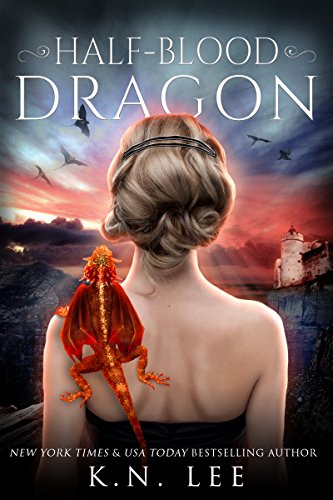 Prophecy says that the half-blood dragon will destroy the world - some might be looking forward to it.

A lady-in-waiting's job is to follow orders. For Rowen, it is to execute her stepfather's plan to elevate the family's station by an advantageous marriage to the crown prince.

Intrigue and seduction fill Rowen's days, but the prophecies that haunt her dreams at night warn her that death awaits.

The taunts of her sleepless nights are realized when she is framed and sentenced to death for the prince's murder.

For a human, there’s nowhere to run and no one to turn to in a kingdom where power is tightly held by full-blooded dragon shifters.

It will take a stranger from the shadows to save Rowen from execution and reveal a truth full of terrifying potential. It is time for Rowen to find the courage to accept her fate, awaken her gift, and set the world on fire.

Change is coming. So is a new prophecy that threatens the fate of the entire world. 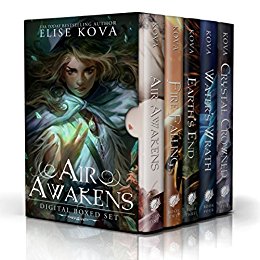 A library apprentice, a sorcerer prince, and an unbreakable magic bond...

Vhalla has always been taught to fear the Tower of Sorcerers, a mysterious magic society, and has been happy in her quiet world of books. But after she unknowingly saves the life of one of the most powerful sorcerers of them all--the Crown Prince Aldrik--she finds herself enticed into his world. Now she must decide her future: Embrace her sorcery and leave the life she's known, or eradicate her magic and remain as she's always been. And with powerful forces lurking in the shadows, Vhalla's indecision could cost her more than she ever imagined. 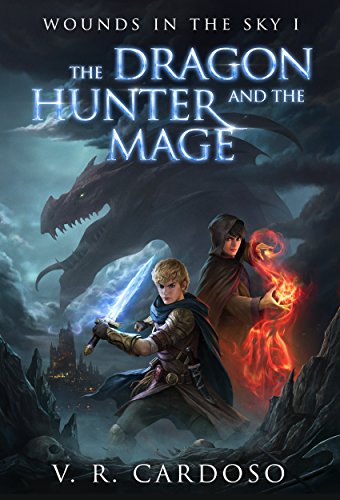 Magic can make you invincible, if it doesn’t get you killed first.

Aric and Fadan are half-brothers. Both sons of the Empress, but only one of them the son of the Emperor. A decade ago, Fadan's powerful father tore the Empire in two by outlawing the use and practice of magic. Forbidden from seeing each other, Aric and Fadan defy the Emperor and wander the vast Imperial Citadel until one night, they stumble upon an ancient Manual of Magic. They are faced with a choice: take the book straight to the Emperor or see if one of them has the forbidden magical Talent. Their world is turned upside down and the half-brothers find themselves swept away as tragedy and conspiracy separate them, sending each to either end of the Empire. In a world of dark mages, massive creatures, and vengeful gods, one will train as a Dragon Hunter while the other taps into magical powers that could spell his execution.

Dark forces are moving in the shadows and no one in the Empire is ready for what’s to come. Will Aric and Fadan survive to ever see each other again?

Start Reading The Dragon Hunter and the Mage