Seventeen-year-old Imogen Reiner has extraordinary abilities. She can read emotions, the coloured spectrum of auras unseen by anyone else. Struggling to know why, and unable to make sense of the mismatched memories of her past, she is haunted by a dark, recurring nightmare. What happened when she was a child, and was it the cause of her mother’s ten-year coma? Her Granddad has taught her how to conceal her gifts, but is frustratingly silent on the answers to these questions.

When the seductive Araz enrolls at her college, Imogen senses danger. Is he the enemy? She learns that there is a powerful piece of advanced technology responsible for the blanks in her memory and that a corrupt regime is willing to do whatever it takes to get their hands on it.

When it becomes clear that Araz is tied to this dark conspiracy, Imogen and her besotted trainer, Leo, must find a way to escape his clutches and save Imogen’s family—a family that turns out not to be quite who she believed they were, herself included.

Can she come to terms with her newly discovered identity before the shadows of her past catch up with her?

Girl on a Wire (Cirque American)

A ballerina, twirling on a wire high above the crowd. Horses, prancing like salsa dancers. Trapeze artists, flying like somersaulting falcons. And magic crackling through the air. Welcome to the Cirque American!

Sixteen-year-old Jules Maroni’s dream is to follow in her father’s footsteps as a high-wire walker. When her family is offered a prestigious role in the new Cirque American, it seems that Jules and the Amazing Maronis will finally get the spotlight they deserve. But the presence of the Flying Garcias may derail her plans. For decades, the two rival families have avoided each other as sworn enemies.

Jules ignores the drama and focuses on the wire, skyrocketing to fame as the girl in a red tutu who dances across the wire at death-defying heights. But when she discovers a peacock feather—an infamous object of bad luck—planted on her costume, Jules nearly loses her footing. She has no choice but to seek help from the unlikeliest of people: Remy Garcia, son of the Garcia clan matriarch and the best trapeze artist in the Cirque.

As more mysterious talismans believed to possess unlucky magic appear, Jules and Remy unite to find the culprit. And if they don’t figure out what’s going on soon, Jules may be the first Maroni to do the unthinkable: fall.

Start Reading Girl on a Wire 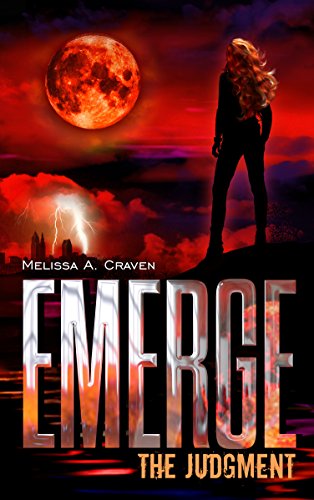 "You can bend or you can break, but something tells me you're too strong and too smart to break. I know I am."

The Prophecy's about you, Red...

Allie Carmichael has so many secrets, she doesn't know which way­­ is up anymore. After dropping a huge bombshell and then leaving her in limbo all summer, Greggory McBrien still hasn't answered the questions that have haunted her for months. The knowledge that her life was built on a foundation of lies and deception has left Allie an angry, twisted mess of emotions. She still feels overwhelmed with guilt for her mistakes that left her scarred for life and Quinn, one of her closest friends, a captive of the Coalition.

When she returns to school and her normal routine, Allie finds herself constantly dancing on the edge of losing control of her power, too afraid and too angry to confide in anyone––even her handsome and broody best friend, Aidan.

A chance encounter at the Immortal club, Amrita, gives Allie and her friends the opportunity to aid in the search for Quinn. If they have any hope of ever bringing him home safely, they'll have to act quickly.

As Allie continues to struggle with the nightmares that only Aidan can keep at bay, she vows to face them on her own. But she doesn't understand what her clairvoyant gift is trying to tell her. Just when she begins to put the pieces together, she fears it might be too late––and this time the price for her mistakes will be much too high.

Last time she was afraid. This time she is angry.

High school senior Mara Johnson is haunted by nightly dreams of serial killers and murders: a gift she’s been tormented with since she was a child. One night, when she dreams about the murder of her neighbor and discovers it’s true, she is determined to find the killer. But she quickly learns that the killer shares her gift and knows she’s dreaming about him. Mara must use her dreams to find him before he finds her.

The Girl Who Heard Demons

When she overhears supernatural voices celebrating the impending death of the school quarterback, Levi Anderson, she knows she has to do something to prevent it. However, the demons aren’t the ones plotting; they’re just celebrating the chaos, and Adelle must contend with earthly forces as well if she wants to preserve Levi’s life.

Handsome, popular Levi doesn't appreciate Adelle’s self-appointed role of guardian angel. As Adelle battles to keep him safe, she’ll have to protect her heart, too. Can she do both?

Haylie Black is a 17-year-old hacker with a chip on her shoulder. When her brother vanishes trying to solve a legendary internet puzzle, Haylie knows that she's the only one who can track him down. As she begins to reveal the mysteries behind each clue, she's pulled deeper and deeper into a secret world she never could have imagined.

This award-winning thriller fuses action, tech (including drones, code-breaking, and real-world hacks) and a worldwide race against the clock to keep you turning pages and trying to stay one step ahead. She hacked her way in - now there's no way out.

What We Left Behind

Everyone has a different term for zombies. I call them Zee because that's the term my mother used before she turned, speaking about the whole horde as though it was just one individual. Grammar has no place in the zombie apocalypse…

Hazel is a regular teenager growing up in an irregular world overrun with zombies. She likes music, perfume, freshly baked muffins, and playing her Xbox—everything that no longer exists in the apocalypse.

Raised in the safety of a commune, Hazel rarely sees Zee anymore, except on those occasions when the soldiers demonstrate the importance of a headshot to the kids.

To her horror, circumstances beyond her control lead her outside the barbed wire fence and into a zombie-infested town.

“Five, Four, Three, Two—count your shots, Haze,” she says to herself, firing at the oncoming zombie horde. “Don't forget to reload.”

Start Reading What We Left Behind

It's been nearly a decade since the world ended. Since Joss watched her parents die at the hands of a nightmare, a nightmare that stalks her even now, all these years later. That's the problem with the Risen - they refuse to die.

But Joss is a survivor. A loner living in the post-apocalyptic streets of Seattle. It's a world dictated by Risen and the looming threat of the Colonists, a group of fellow survivors living comfortably in their compounds and patrolling the wild, looking to "save" the orphans of the end.

As a member of an all male gang, Ryan is a threat as real as the Risen, a threat Joss avoids at all costs. Then one night their paths cross and Joss makes a choice that goes against all of her instincts. A choice that will threaten everything she has.

Now a new outbreak is imminent and the Colonists are closing in. Joss' solitary, secret world is blown wide open and the comfortable numbness she's lived in for the last six years will burn away leaving her aching and afraid.

Start Reading Writing on the Wall

Sixteen-year-old Leocadia arrives home from school to find her mom’s bloody body. Unaware that the killer still lingers, she rushes to her mother’s side, only to be grabbed from behind and then everything fades to black.

After a year of retrograde amnesia and battling personal demons, Leo’s dreams are getting worse—she’s starting to remember. More bodies are discovered and they seem to be oddly linked to her mom’s unsolved homicide.

When Leo allows her friend, Henry to drag her into the haunted Lucien Mansion, misty ghosts appear, ghosts that just might lead to her mother’s murderer.

Will Leo let her memories threaten her into a relapse or, will she fight to find her mother’s killer – only to become his next victim?

By: Natasha A. Salnikova

Corby Mackentile is a fifteen-year-old girl who attends a private school. She has been bullied because of her weight since she was twelve, especially by the most popular girls. Her parents—her mother is a TV anchor and her father is a Buddhist who owns a butcher shop—are too busy with their own problems to pay attention to their only daughter. Corby has a crush on one of the most popular boys in school. He makes fun of her once, but then unexpectedly apologizes. From that moment, her situation with three of the popular girls becomes worse. Then, one day, one of the girls who had bullied Corby comes to the butcher shop where Corby works for her father after school. Again, the girl teases Corby about her weight, but this time everything is different.

A love her parents can never know about.

No one admits why they run or when they'll leave again.

No one can learn she's searching for the truth.

Jes Delaney can't remember anything before she was found at four, barefoot in the headlights of an old Ford. At fifteen, she has adjusted to moving without notice and never fitting in, but everything changes with her adopted mom's hometown. There Jes falls for her mom's nephew, a love she hides when his betrayal leaves her isolated and driven to unravel the past.

After Jes befriends a strange new student, she discovers an unbelievable secret: he's from another planet and searching for a missing girl that just might be her. As Jes will learn, truth comes at a cost, but will she give up love to find out?