The Consequence of Revenge

After losing his best friend to another guy, the notoriously too-confident Max Emory suddenly feels lost. He may have devastatingly good looks, an abundance of charm, and a claim to one of the biggest hotel empires around, but he has no ambition anymore. So when his fed-up friends decide they’ve had enough of his moping, they sign him up to be the next bachelor on the reality series Love Island. And between his pride and his forged signature on an ironclad contract, Max just can’t say no.

Now he’s stranded in paradise with twenty-four women, one terrifying goat, and Becca, the breathtaking barista who already turned him down back home. The closer Max gets to Becca, the more determined he becomes to win her over. As she gets to know him better, things start heating up. But is Becca really after Max’s heart—or is she after the cash prize she could claim once the cameras stop rolling?

Start Reading The Consequence of Revenge

Warning: There is a new foreign exchange student at Mia’s high school. His name is Alexi. His profile is picky, wealthy, and Greek.

An astonishing request has been made: Show him around.

Horrible truths must be realized: She’ll have to do it. And, Alexi will be living under the same roof.

There’s no escape. Mia has no other choice. Alexi must be Americanized. She’ll take on this Herculean task and have him blending in by Homecoming.

The problem? Alexi is hot, fascinating, and she’s falling fast. Feisty, seventeen-year-old Mia will face Shakespeare’s age-old question: ‘Is it better to have loved and lost…’ or will he stay?

That Girl, Darcy: A Pride and Prejudice Story

IT IS A TRUTH UNIVERSALLY ACKNOWLEDGED that geeky guys never get to date the pretty girls with permanent scowls.

To Elliott Bennett, life is simple. It’s all parties, skateboarding, and arguing over who would win in a fight between Hulk and Superman with his friends. It’s his senior year, and he wants nothing more than to soak up his final year of freedom before real life begins.

That is, until Darcy Fitzwilliam and her best friend Bridget move in to the only mansion in the neighborhood. When Elliott meets Darcy at a party, he finds out that she isn’t into skateboarding (which he lives for), she hates science fiction (which he loves), and she thinks his friends are a pack of morons (which, honestly, might be half true)—and yet, there’s something irritatingly intriguing about her.

When Elliott’s cousin Jake starts to date her friend Bridget, it complicates Elliott’s plans to ignore the scowling Darcy for the rest of the year. Why is Darcy so . . . ugh? Elliott doesn’t know, but for some reason, is determined to find out—even if she doesn’t know the difference between Star Trek and Star Wars.

Glitter and Sparkle: A Sweet and Sparkly Romantic Comedy

Lauren's senior year is going exactly as planned. Her craft blog is getting more visitors every day, and she knows what she's going to do with her life after graduation: get her associate's degree, marry someone fabulous, and live happily ever after.

Sure, she doesn't know what she's going to get that degree in...and there's no Prince Charming on the horizon yet. But, still, that's the plan.

At least, it is until Harrison Neeley shows up at her kitchen table one evening and derails everything...

It's a Mall World After All

If they gave out diplomas for what you learn at the mall, Charlotte could graduate with honors. Ever since she got a job as a perfume spritzer, she's become an expert on all things shopping related―oh and she's getting really good at spying on her classmates who hang out there. What she hasn't mastered is the art of convincing her best friend Brianna dump her boyfriend Bryant, after Charlotte catches him flirting with a mysterious, blond-haired stick figure. Now Brianna is taking his side! Charlotte must prove who is right, once and for all, and that means catching Bryant in the act. This is where her mall roaming skills will come in handy. Perfume anyone?

Start Reading It's a Mall World After All 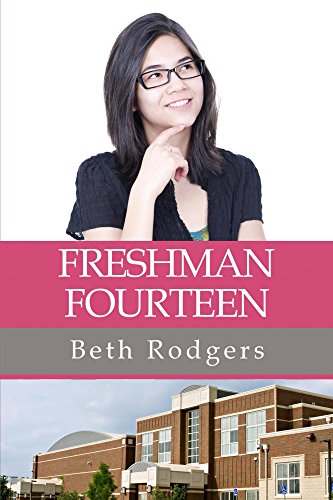 Navigating the halls of Kipperton High should be easy for someone like Margot Maples. She's smart, sweet, and ready to start fresh. But with her best friend moved away, she's stuck wondering just how to fit in. Making her transition more difficult is Max, who always knows how to push her buttons, Walter, her geeky suitor, Cassie, the girl who seemingly has it all, and Peter, her first true crush. So, life doesn't go just the way she hopes.

If you are in the market ­for books about romance and the everyday annoyances that plague a teenage girl, look no further. It is a YA fiction book that will keep you riveted.

So, join Margot on a journey through the beginning of ninth grade – a time when your reputation is determined by the most trivial of matters, including where you eat, how many friends you have, and – most notably – who you kiss.

Fame, Glory, and Other Things on My To Do List

PC school principal turns West Side Story into a comedy of errors.

Sixteen year-old Jessica dreams of Hollywood fame, and when Jordan moves into her small town, she dreams of him too. He's a movie star's son, and hey, he's gorgeous to boot. Jordan has always wanted to get out from the shadow cast by his superstar father, but now that he and his mother have moved so far away from LA, how can he get his divorced parents back together? Jessica convinces Jordan the way to get his father to come for a long visit is to be a part of the school play. And if she's "discovered" in the process, all the better. Things go wrong when she lets Jordan's secret identity slip, and grow even more disastrous when the principal tries to change West Side Story into a gangfree, violence-free, politically correct production.

In the same romantic and sharply witty spirit of Life, Love, and the Pursuit of Free Throws, Janette Rallison delivers another comic gem that teen readers are sure to love.

The Opposite of Ordinary

One day ago my life was pretty perfect. But a lot can change in a day.

In one day, I went from being Ashlynn Wynterland, one of the most popular girls in school to being the girl who spends lunchtime hiding out in Mr. Chester’s classroom and watching Maxon Harter and his science obsessed friends mess around with experiments. All because Queeny Harlington thinks I made out with her crush.

Queeny Harlington is the queen of Fareland high. And up until a day ago, she was my best friend. Now she’s my worst enemy who’s threatening to tell the entire school all of my secrets.

Being the friendless, social outcast has its downsides. So, when Maxon Harter invites me to hang out with him and his mad scientist friends, I accept his offer, even though they all seem to despise me. Which is fine. Sort of…

But when Queeny decides to tell everyone my darkest secret of all, I doubt Maxon and my new friends will accept me anymore. I need to stop her, and the only way to do that may be to figure out who made up the rumor that I kissed her crush.

Start Reading The Opposite of Ordinary

I’m the fat Puerto Rican–Polish girl who doesn’t feel like she belongs in her skin, or anywhere else for that matter. I’ve always been too much and yet not enough.

Sugar Legowski-Gracia wasn’t always fat, but fat is what she is now at age seventeen. Not as fat as her mama, who is so big she hasn’t gotten out of bed in months. Not as heavy as her brother, Skunk, who has more meanness in him than fat, which is saying something. But she’s large enough to be the object of ridicule wherever she is: at the grocery store, walking down the street, at school. Sugar’s life is dictated by taking care of Mama in their run-down home—cooking, shopping, and, well, eating. A lot of eating, which Sugar hates as much as she loves.

When Sugar meets Even (not Evan—his nearly illiterate father misspelled his name on the birth certificate), she has the new experience of someone seeing her and not her body. As their unlikely friendship builds, Sugar allows herself to think about the future for the first time, a future not weighed down by her body or her mother.

Soon Sugar will have to decide whether to become the girl that Even helps her see within herself or to sink into the darkness of the skin-deep role her family and her life have created for her.