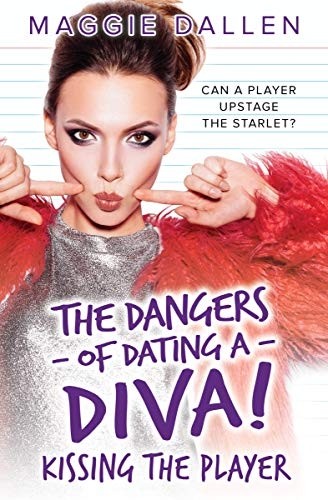 The Dangers of Dating a Diva!: Kissing the Player, book 1

Two commitment-phobes desperate for revenge? Clearly dating each other is the only option.

An ex with a vengeance...

Two years ago, Rose Parson dumped Jax without a word of warning. The breakup was cruel and unusual, but he was just the first of Rose’s victims. Ever since then, Lakeview High’s lead actress had become famous offstage for leaving broken hearts in her wake.

When her latest conquest offers to pay Jax to make her fall for him so she can get a taste of her own medicine? Of course he says yes. What does he have to lose? It’s not like the diva has a heart to break, and there’s no way he could get hurt by her. Not again. Not in this lifetime. This time he knows better than to fall for an actress...right?

Seriously? Jax thinks he can play her? Ha! Rose is onto him from the start. Jax might have game, but he doesn't know the first thing about acting. Does it sting that the guy who’s bent on breaking her heart is the one who got away? Maybe just a little. But it’s nothing a little payback can’t solve. He wants to date? She'll give him the relationship of his dreams...right before ripping his heart out.

Of course, she has rules about that sort of thing. No dating for more than two weeks and never date the same guy twice. She has those rules for a reason, but maybe she can break them just this once to teach the player a lesson. After all, everyone knows the best way to play a player is to beat him at his own game.

But pretending to fall for her first crush all over again? This will take the performance of a lifetime.

A sweet stand-alone high school romance. Check out all the books in The Dangers of Dating a Diva series for the full reading experience. 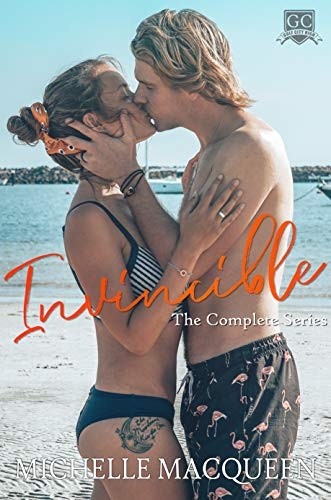 Jamie Daniels was never supposed to be my person.

I wasn’t supposed to hold onto him as our worlds fell apart.

Those are the rules.

Rules of friendship—even though we aren’t really friends.

He hates me not…

As the best friend of my twin brother, Jamie is always there, always ready to torment me with his smiles, smiles I see in my dreams. Every memory, every milestone, he’s there. The only thing I can ever truly count on is our rivalry.

When that’s stripped away, what is left of us?

The first time he kisses me, I want to run away, to take my surf board and let the saltwater wash his taste from my lips.

The second time I don’t want to stop.

He hates me not…

Nothing can last, not for two people yearning to get out of their small town.

I’ve always known my path doesn’t lead me to Jamie. Instead, it meanders through beach bonfires, an old family secret, and painful goodbyes.

What if I realize too late that Jamie doesn’t hate me at all?

I’m Callie McCoy, and I’m a screw up. My latest mess… letting that boy go.

The one who thawed the ice in my veins with his kisses.

The one walking away.

The Invincible duet contains both We Thought We Were Invincible and We Thought We Knew it All to bring you the entire story of Callie and Jamie. It is a clean romance full of soccer in the rain, snarky girls living the surfer life, and a family mystery. 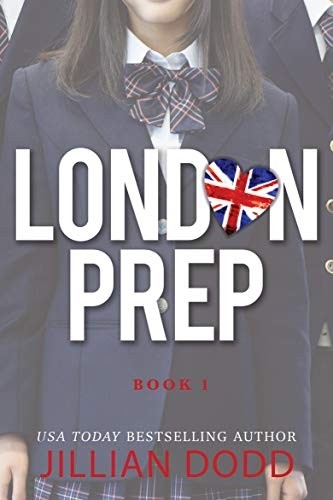 New exchange student Mallory is causing quite the stir at London Prep -- specifically with best friends Harry and Noah. Their fast friendship makes way for a tricky love triangle in this entertaining tale of high school drama!

London Prep--where the boys are as cute as their accents.

Hi. I know everything about this school. And for your information, Harry and Noah happen to be my best mates. That's why I took it upon myself to sit next to you and introduce myself. I saw the way Harry was wrapped around you and the way Noah looked like he wanted to murder you. You've already gotten my boys twisted up, plus half the girls in History, so I had to see what the fuss was all about. You're the new girl and bound to cause drama, so I figured it's my civic duty to help guide you through the hostile and hormonal battlefield that is Kensington School.

This is how a really cute guy introduced himself to me on the first day of my three-week student exchange in London.
And if you couldn't already tell, I think his friend Harry is adorable. His blue eyes and charming wit instantly won me over. Right after his lips did.
Noah, on the other hand, is tall, dark, intense and spends way too much time in the shower. I know this because I have to live with him.

My name is Mallory James and my life just got a whole lot more complicated. 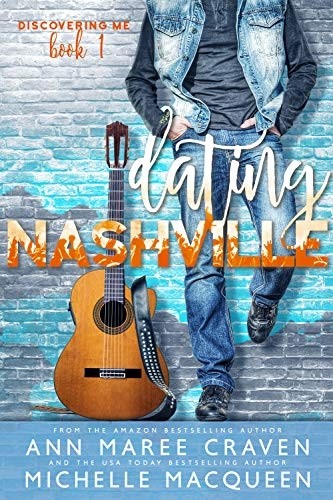 How does a straight guy accidentally come out as gay to the entire country music world?
I’ll get back to you when I know the answer.
It all happened so fast. One moment, my best friend’s little brother is standing in a sea of people as his boyfriend breaks his heart. Again.
The next, I’m jumping off stage mid-concert to give him the kiss of his life—or maybe the kiss of my life.
I’m Beckett Anderson. Yes, that Beckett. The one who never does the smart thing, messes up daily, and somehow ended up with millions of screaming fans.
Fans who now think I’m dating Nicky St. Germaine.
The label says I can’t come out as straight (Is that even a thing?), that I can’t tell the world I lied.
But this lie of mine… it doesn’t hold a candle to the one I tell myself.

How does the quiet gay guy end up kissing the straight country music star in front of thousands of his screaming fans?
I still can’t fathom what he was thinking when he jumped off that stage, but that kiss… None of it was real, but it felt like it. At least to me.
I’m Nicky St. Germaine, son of a football Hall of Famer, best friends with rock star, Nari Won Song—and whatever I am to country music sensation, Beckett Anderson. The jury’s still out on that one. What does a small town kid do when so many of his friends and family are famous? He hides. Frequently.
Now the spotlight is on me, and there is nowhere left to hide. I’m supposed to pretend to be Beckett’s adoring boyfriend for a few weeks, but that’s not so easy when I’d give almost anything for it to be true.

Book one in the Discovering Me series, Dating Nashville is a sweet M/M romance with a cocky country star, a shy small-town boy, and enough sparks between them to make you swoon. 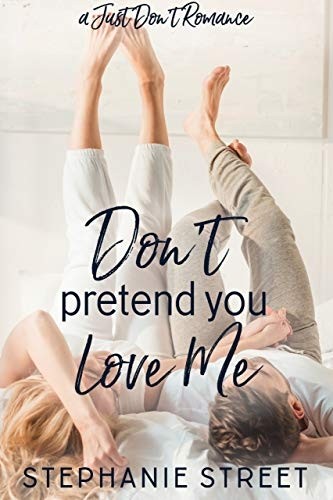 Don't Pretend you Love Me

Gorgeous and sweet, Connor was my dream guy. Too bad he was my best friend.
Allie
Popular. Hot. Quarterback of the football team. Connor could have any girl he wanted. I wanted him to want me.

But we'd only ever been friends. So, I did what any self-respecting girl would, I found someone else.

Connor
Whiplash. That's what happened when I saw Allie with that other guy. I thought I had time. Time to tell her how I really feel. After I figured out how she felt about me.

Because losing Allie? Well, I'd sooner give up my football scholarship. Or my throwing arm. But not Allie.

That's just not going to happen. So, I had to come up with a plan. One where we pretend to love each other. Only for me? It’s real. 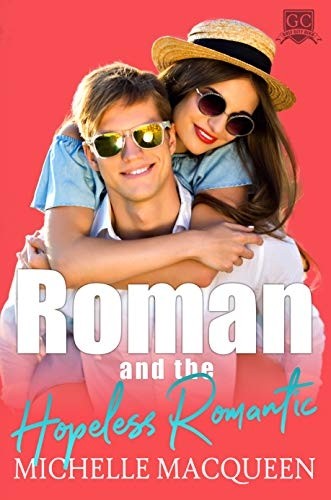 Rule #1 of falling in love with your best friend’s sister: Be prepared to fight for her.

Even though Cassandra Carrigan doesn’t want to be fought for. No matter what he does, she won’t speak to Roman Sullivan. Not a single word.

When Roman’s parents move, forcing him to live with the Carrigans, he’s not sure how he’s supposed to live in a room next to the girl he’s loved for years, the girl who doesn’t want him there.

But she has a secret, one existing between the pages of the romance books she loses herself in: Cassie is a hopeless romantic, in love with the idea of love.

When she asks him for her first kiss, he can’t say no to her, not when he wants to fall into that single moment, hoping it doesn’t have to end.

Fantasy can’t last forever, and that version of the girl he knows is nothing but that, a fantasy.

The battle for the real Cassandra Carrigan has only just begun, and Roman is going to prove that one kiss isn’t enough.

Beware of lovesick hockey players, alligators playing in the rain, and a girl finding the strength she’s had all along. 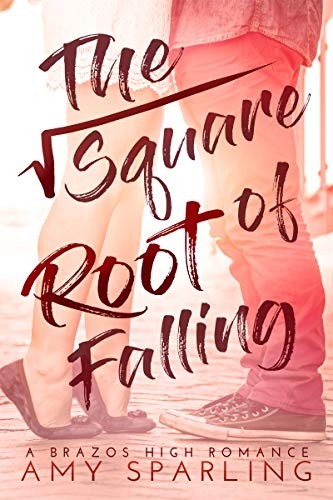 The Square Root of Falling

After getting dumped in the worst way—she found out over social media—Jules has decided she is absolutely Never. Dating. Ever. Again. Her junior year of high school will be focused solely on her studies, and she won’t so much as look at a boy. Everything is going really well – until the first day of school when she’s paired up with the hottest guy she’s ever seen.

Jake has an embarrassing secret: he’s never had a girlfriend. He couldn’t tell anyone his secret even if he wanted to, because no one would believe him. He’s cute…too cute. Girls are intimidated by him or they think he must be a player. Whatever the case, he’s tired of being voted Hottest Guy at Brazos High and not having a girlfriend to prove it.

When Jules and Jake are paired up as math partners for the year, Jake can’t shake the feeling that he should ask her out. But how can he get the courage when Jules is constantly giving off signals that she’s not into him? 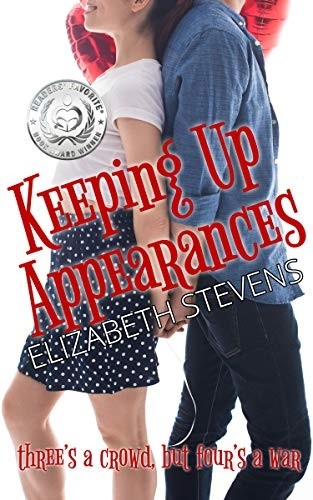 Three's a crowd, but four's a war.

What do you do when you find your best friend/crush kissing your other best friend on the day you were going to declare your feelings for him?
You only agree to fake date your crush’s rival. The King of the Bows, popular golden (play)boy, and all around douche, Xander wouldn’t be my last choice for a boyfriend.
Across the school, battlelines are drawn and sides are taken between the new ’it’ couple of my former best friends and the excitingly scandalous pairing of me and King Douche.
Xander keeps distracting me from the plan; make Jason jealous. He insists on holding my hand and kissing me and being nice. Ugh.
Xander’s not nice and he’s not the relationship type, but he’s doing a damned good job of acting both parts.
He calls it ‘keeping up appearances’, I call it ‘take one more pass at my arse and I’ll break your nose’.
They say all’s fair in love and war, but what’s so fair about falling for the wrong guy when your two best friends are on the other side of the battlelines?