How do you cope with magic that goes its own way?

As a second year FBI academy witch, Agatha Blackmore has a curtain reputation. After nearly blowing up the school, an untended mid-air incident involving the FBI Director, and declaring war with the US Marines, she has to wonder if she will even see graduation.

But when a rash of mysterious disappearances catches the attention of local authorities Agatha finds herself asked to lend a hand to the investigation. Determined to offer protection where it is needed the most, Agatha and her quirky roommate Cat along with her mini- unicorn familiar Fergus, attempt to unravel the mysteries of the four distinctly magical disappearances before time runs out.

Does Agatha have what it takes to be an agent? Or will everyone that crosses her end up eating chicken feed for the rest of their lives?

In the ancient and mystical land of Muirwood, Lia has known only a life of servitude. Labeled a “wretched,” an outcast unwanted and unworthy of respect, Lia is forbidden to realize her dream to read or write. All but doomed, her days are spent toiling away as a kitchen slave under the charge of the Aldermaston, the Abbey’s watchful overseer. But when an injured squire named Colvin is abandoned at the kitchen’s doorstep, an opportunity arises. The nefarious Sheriff Almaguer soon starts a manhunt for Colvin, and Lia conspires to hide Colvin and change her fate. In the midst of a land torn by a treacherous war between a ruthless king and a rebel army, Lia finds herself on an ominous journey that will push her to wonder if her own hidden magic is enough to set things right. At once captivating, mysterious, and magic-infused, The Wretched of Muirwood takes the classic fantasy adventure and paints it with a story instantly epic, and yet, all its own.

Start reading The Wretched of Muirwood

Sent on an impossible mission by Kingfountain’s ruler into the heart of the enemy’s capital as two mighty kingdoms prepare for war, Ankarette Tryneowy must divine the location of a magical sword, perhaps their key to victory. What she finds is the truth—one she could never have foreseen.

Searching for Firebos, the sword of ancient kings, is no simple task. It disappeared after one of the most powerful Fountain-blessed figures, the Maid of Donremy, used it in battle, and no one—except perhaps the Maid’s dearest friend, the Duke of La Marche—knows its whereabouts. But when Ankarette finds the aging duke in his prison cell and hears the mystery he unveils, her mission becomes more perilous than she could have possibly imagined. 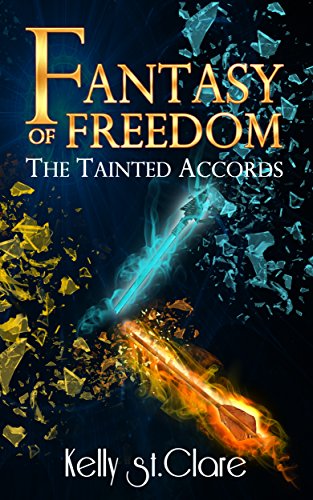 A part of me knew when I was taken from Osolis,

That when I returned--if I lived long enough to return--I would carry death and destruction to her doorstep.

That is the irony of peace.

It only comes after war.

Ella is an Edwardian Cinderella with an undead problem...

The flu pandemic of 1918 took millions of souls within a few short weeks.  Except it wasn't flu, and death gave them back.

Seventeen-year-old Ella copes the best she can; caring for her war-injured father, scrubbing the floors, and slaying the undead that attack the locals. Vermin they're called, like rats they spread pestilence with their bite. Ella's world collides with another when she nearly decapitates a handsome stranger, who is very much alive.

Seth deMage, the new Duke of Leithfield, has returned to his ancestral home with a mission from the War Office -- to control the plague of vermin in rural Somerset. He needs help; he just didn't expect to find it in a katana-wielding scullery maid.

Working alongside Seth blurs the line between their positions, and Ella glimpses a future she never dreamed was possible. But in overstepping society's boundaries, Ella could lose everything - home, head and her heart... 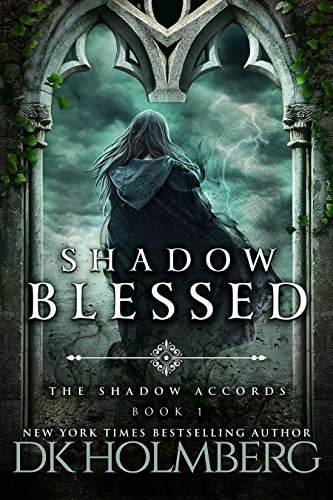 The A'ras of Nyaesh have a terrifying reputation: skilled swordsmen, owners of powerful magic, and ruthless killers. When they kill her parents, Carth discovers her parents had trained her for magic she never knew she possessed.

She must use the skills they taught to stay alive, discover a way to find answers, and avenge them if she can. Only the discovery of a greater threat than the A'ras forces her to risk herself for new friends and a home she never wanted.

Leam Holt’s eighteenth birthday tomorrow caps the most depressing year of his life, marking the anniversary of his failed delightenment—the soul-darkening, magic-bestowing rite of passage that should’ve launched him into the fight between Darkness and Light. Making things worse, Leam’s insufferable brother, Zach, the pride of the family, is set to delighten in a few short hours.

When Gideon, the evil leader of Darkness, arrives to preside over Zach’s ceremony, the course of Leam’s life takes a drastic turn. Rather than fading farther into the background, Leam is ordered to undergo a series of brutal trials. Vast magical power is suddenly within Leam’s grasp if he triumphs, but Leam can’t seem to stay away from a beautiful girl of Light, and his testing is yielding disturbing results.

As Leam begins to uncover secrets on both sides of the war, he realizes the fate of humanity is at stake, and he may have the most to lose in the fight.

A woman torn between honor and survival...

Raised in a realm where humans are no better than slaves, Rie Lhethannien has struggled for decades to earn a meager post in the High Court messenger service. Even training as an elite fighter isn’t enough to earn the respect she craves. Scorned by the high elves who rely on her loyalty, Rie’s closest allies are the fierce carnivorous pixies who travel by her side.

When she’s attacked on a routine delivery by assassins from the enemy Shadow Realm, Rie’s martial prowess keeps her alive…and frames her as a traitor. Facing execution at the hand of an unmerciful high elf king, Rie must forsake her oaths and flee into enemy lands to prove her innocence. With surprising help from a bastard prince and an ambitious blood sidhe, Rie searches for the truth behind the attack. The secrets she uncovers may threaten more than her honor or even her life...for war is looming in the nine faerie realms.

Gifted or cursed? A yearning to be normal. And an unsolved murder refusing to be ignored. This is where the mysteries begin...

Moving to a new town, Heather Reiner struggles to keep her psychic abilities a secret and establish a sense of normalcy…at least for her overprotective mother’s sake.

But when Heather starts having terrifying visions of a missing boy, she can’t simply ignore them. This time, she feels an inexplicable pull to solve the crime, and slowly begins to believe that her supernatural gifts could actually help others.

After meeting Barry, the cute boy next door, Heather uncovers a few interesting facts that might help unravel the mystery. She wants his help, but getting Barry involved means exposing her “gifts” and potentially putting both their lives in danger.

Because if she’s not careful, these terrifying visions might be driving Heather straight into the killer’s lair.