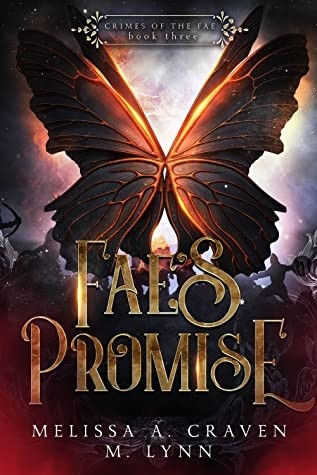 His prison sentence was supposed to end when the magic keeping the Dark Fae captive in Myrkur finally fell. But when King Egan’s army clashed with the armies of Iskalt and Fargelsi on the battlefield, there was no winner and no clear path forward.

Now the Dark Fae king is missing, vanished without a trace of the army at his back or the abducted child leading him to the prize he desires. The magic held in Aghadoon.

With no way to locate the forever moving village, Griffin can only set his sights on a more attainable goal—saving Eldur from the coming invasion. The desert kingdom is Egan’s next target and there is no magic strong enough to stop him.

Joining forces with people who do not trust him may prove foolish.

Allying himself with the ones he isn’t allowed to love brings unimaginable pain.

Yet, with Riona and Gulliver by his side, Griffin can handle the unwanted magic that has returned to haunt him, the brother who hates him, and the questions with answers that could change everything.

But none of that will matter if Egan isn’t stopped, because now, it isn’t only the fae realm in danger of succumbing to his darkness, but the human realm as well.

As Griffin begins to lose hope that he can save his family and earn their trust again, he starts to wonder…

Will he ever truly be free? 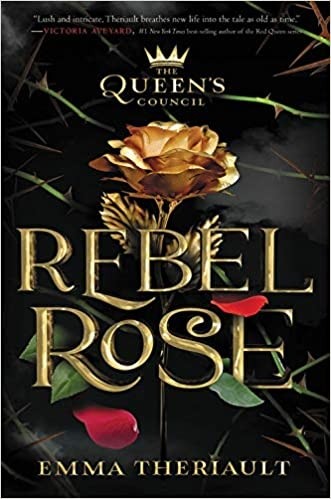 Happily ever after is only the beginning as Belle takes on the responsibility of becoming queen and learns to balance duty, love, and sacrifice, all while navigating dark political intrigue-and a touch of magic.

It's 1789 and France is on the brink of revolution. Belle has finally broken the Enchantress's curse, restoring the Beast to his human form as Prince Adam, and bringing life back to their castle in the province of Aveyon. But in Paris, the fires of change are burning, and it's only a matter of time before the rebellion arrives on their doorstep.

Belle has always dreamed of leaving her provincial home for a life of adventure. But now she finds herself living in a palace, torn between her roots as a commoner, and her future as a royal. When she stumbles across a mysterious, ancient magic that brings with it a dire warning, she must question whether she is ready for the power being thrust on her, and if being Queen is more than just a title.

Rebel Rose is the first in the Queen's Council series, an empowering fairy tale reimagining of the Disney Princesses-and the real history behind their stories-like you've never seen before.

The Girls I’ve Been 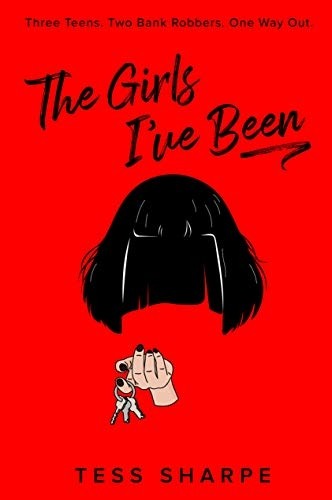 A slick, twisty YA page-turner about the daughter of a con artist who is taken hostage in a bank heist.

Nora O'Malley's been a lot of girls. As the daughter of a con-artist who targets criminal men, she grew up as her mother's protégé. But when mom fell for the mark instead of conning him, Nora pulled the ultimate con: escape.

For five years Nora's been playing at normal. But she needs to dust off the skills she ditched because she has three problems:

#1: Her ex walked in on her with her girlfriend. Even though they're all friends, Wes didn't know about her and Iris.

#2: The morning after Wes finds them kissing, they all have to meet to deposit the fundraiser money they raised at the bank. It's a nightmare that goes from awkward to deadly, because:

#3: Right after they enter bank, two guys start robbing it.

The bank robbers may be trouble, but Nora's something else entirely. They have no idea who they're really holding hostage . . . 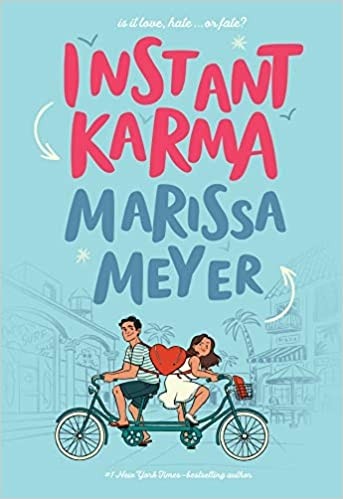 In New York Times bestselling author Marissa Meyer's young adult contemporary romance, a girl is suddenly gifted with the ability to cast instant karma on those around her – both good and bad.

Chronic overachiever Prudence Daniels is always quick to cast judgment on the lazy, rude, and arrogant residents of her coastal town. Her dreams of karmic justice are fulfilled when, after a night out with her friends, she wakes up with the sudden ability to cast instant karma on those around her.

Pru giddily makes use of the power, punishing everyone from public vandals to mean gossips, but there is one person on whom her powers consistently backfire: Quint Erickson, her slacker of a lab partner. Quint is annoyingly cute and impressively noble, especially when it comes to his work with the rescue center for local sea animals.

When Pru resigns herself to working at the rescue center for extra credit, she begins to uncover truths about baby otters, environmental upheaval, and romantic crossed signals―not necessarily in that order. Her newfound karmic insights reveal how thin the line is between virtue and vanity, generosity and greed . . . love and hate… and fate.