From Dust, A Flame 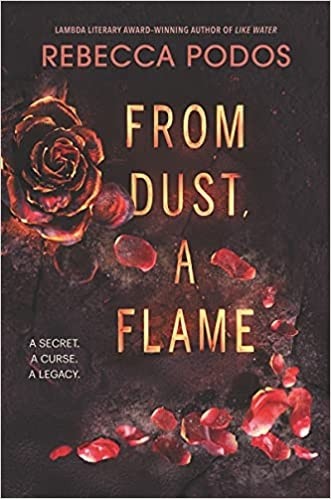 Rebecca Podos, Lambda Award-winning author of Like Water, returns with a contemporary Jewish fantasy of enduring love, unfathomable loss, and the power of stories to hold us together when it seems that nothing else can.

Hannah’s whole life has been spent in motion. Her mother has kept her and her brother, Gabe, on the road for as long as she can remember, leaving a trail of rental homes and faded relationships behind them. No roots, no family but one another, and no explanations.

All that changes on Hannah’s seventeenth birthday when she wakes up transformed, a pair of golden eyes with knife-slit pupils blinking back at her from the mirror—the first of many such impossible mutations. Promising that she knows someone who can help, her mother leaves Hannah and Gabe behind to find a cure. But as the days turn to weeks and their mother doesn’t return, they realize it’s up to them to find the truth.

What they discover is a family they never knew and a history more tragic and fantastical than Hannah could have dreamed—one that stretches back to her grandmother’s childhood in Prague under the Nazi occupation, and beyond, into the realm of Jewish mysticism and legend. As the past comes crashing into the present, Hannah must hurry to unearth their family’s secrets in order to break the curse and save the people she loves most, as well as herself. 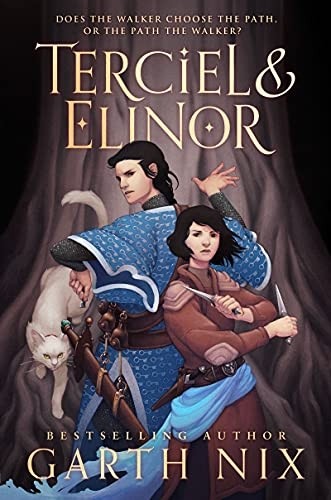 Bestselling novelist Garth Nix returns to the Old Kingdom for the never-before-told love story of Sabriel’s parents, Terciel and Elinor, and the charter magic that brought them together—and threatened to tear them apart. A long-awaited prequel to a classic fantasy series.

In the Old Kingdom, a land of ancient and often terrible magics, eighteen year-old orphan Terciel learns the art of necromancy from his great-aunt Tizanael. But not to raise the Dead, rather to lay them to rest. He is the Abhorsen-in-Waiting, and Tizanael is the Abhorsen, the latest in a long line of people whose task it is to make sure the Dead do not return to Life.

Across the Wall in Ancelstierre, a steam-age country where magic usually does not work, nineteen year-old Elinor lives a secluded life. Her only friends an old governess and an even older groom who was once a famous circus performer. Her mother is a tyrant, who is feared by all despite her sickness and impending death . . . but perhaps there is even more to fear from that.

Elinor does not know she is deeply connected to the Old Kingdom, nor that magic can sometimes come across the Wall, until a plot by an ancient enemy of the Abhorsens brings Terciel and Tizanael to Ancelstierre. In a single day of fire and death and loss, Elinor finds herself set on a path which will take her into the Old Kingdom, into Terciel’s life, and will embroil her in the struggle of the Abhorsens against the Dead who will not stay dead.

You’ll Be the Death of Me 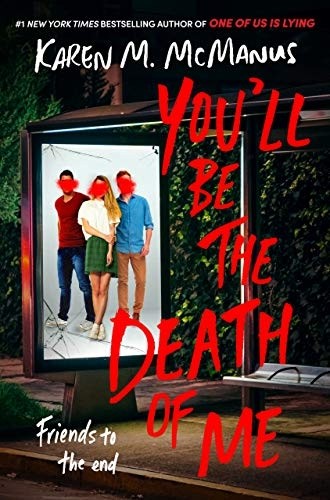 From the author of One of Us Is Lying comes a brand-new pulse-pounding thriller. It's Ferris Bueller's Day Off with murder when three old friends relive an epic ditch day, and it goes horribly—and fatally—wrong.

Ivy, Mateo, and Cal used to be close. Now all they have in common is Carlton High and the beginning of a very bad day. Type A Ivy lost a student council election to the class clown, and now she has to face the school, humiliated. Heartthrob Mateo is burned out from working two jobs since his family’s business failed. And outsider Cal just got stood up . . . again.

So when the three unexpectedly run into each other, they decide to avoid their problems by ditching. Just the three of them, like old times. Except they’ve barely left the parking lot before they run out of things to say. . .

. . . until they spot another Carlton High student skipping school—and follow him to the scene of his own murder. In one chance move, their day turns from dull to deadly. And it’s about to get worse. It turns out Ivy, Mateo, and Cal still have some things in common...like a connection to the dead kid. And they’re all hiding something.

Could it be that their chance reconnection wasn’t by chance after all?