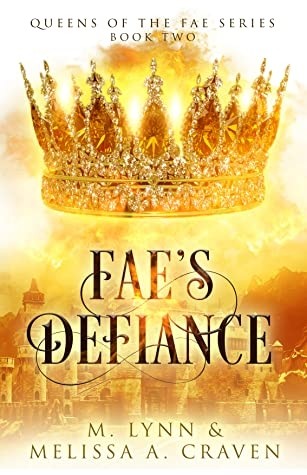 She’s left her small Ohio town behind for an exotic palace beyond her imagination, trading old jeans for ballgowns and a drunken father for two Fae mothers.

Safe behind the power of Eldur, it’s easy to forget everything that brought her here.

Like the two men who saved her that are now missing.

The abducted princess who should be roaming the palace halls instead of her.

The war coming for them all.

As Brea comes to terms with this new world and the web of secrets surrounding her, she realizes she stands on the brink of losing everything she never knew she wanted.

The mothers who would die for her.

The Fae who loves her.

And the people of her kingdom who trust her to save them.

Only, Brea can barely save herself. With uncontrollable magic warring within her, it’s only a matter of time before she lets everyone down.

When the worst happens and the person she loves most falls into the enemy's hands, she has a choice to make. And if she bows to the enemy queen’s demands, will she remain a princess or become a sacrifice instead? 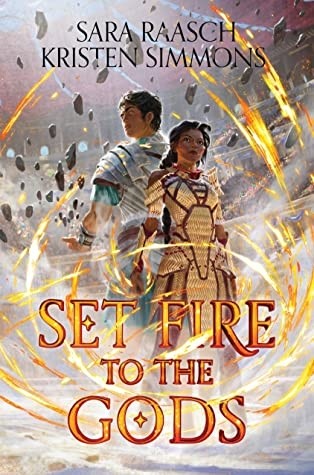 Ash is descended from a long line of gladiators, and she knows the brutal nature of war firsthand. But after her mother dies in an arena, she vows to avenge her by overthrowing her fire god, whose temper has stripped her country of its resources.

Madoc grew up fighting on the streets to pay his family's taxes. But he hides a dangerous secret: he doesn't have the earth god’s powers like his opponents. His elemental gift is something else—something that hasn't been seen in centuries.

When an attempted revenge plot goes dangerously wrong, Ash inadvertently throws the fire and earth gods into a conflict that can only be settled by deadly, lavish gladiator games. The fights put Madoc in Ash's path, and she realizes that his powers are the weapon her rebellion needs—but Madoc won’t jeopardize his family, regardless of how intrigued he is by the beautiful warrior.

But when the gods force Madoc’s hand, he and Ash uncover an ancient war that will threaten more than one immortal—it will unravel the world. 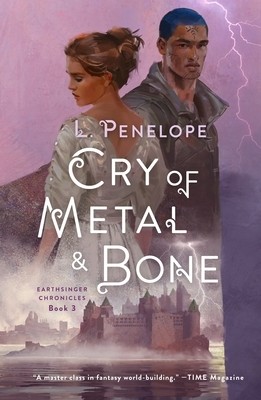 Book 3 in the Earthsinger Chronicles

Six weeks after the fall of the Mantle, centuries-old enemies Elsira and Lagrimar struggle to unite. The will of the goddess is that the two nations become one, but while the war may be over, peace is still elusive. As desperate Lagrimari flee their barren land for a chance at a better life in Elsira, a dangerous faction opposed to the unification rises.

When a shadowy group with ties to the Elsiran government takes responsibility for the attack and promises more, an unlikely crew is assembled to investigate. Among them are Lizvette Nirall, a disgraced socialite seeking redemption for past mistakes, and Tai Summerhawk, a foreign smuggler determined to keep a promise he made to a dead man. Powerful Earthsinger Darvyn ol-Tahlyro is sent with a secret assignment, one that Queen Jasminda can’t know about. And in a prison far away, Kyara ul-Lagrimar searches for a way to escape her captors and save a family long thought dead.

It’s a race against time in this world of deadly magic, secret agendas and court intrigue to discover those responsible for the bombing before the next attack. And in another land a new enemy awakens—one that will strike terror into the hearts of gods and men.