The Starlight Claim (US/Can Only)

Written and Illustrated by: Tim Wynne-Jones 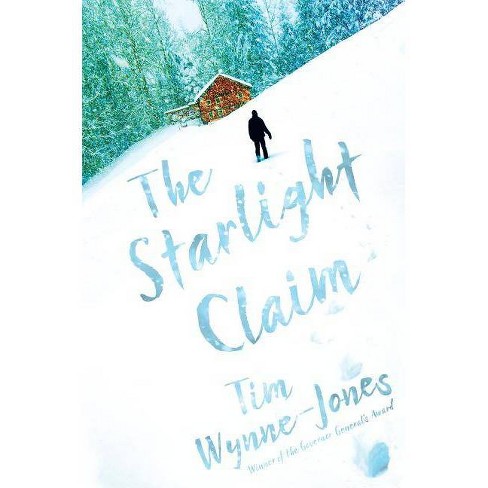 Fast-paced, evocative, and intensely suspenseful, Tim Wynne-Jones’s latest psychological thriller finds a teenager setting his wits against the frigid wilderness and a menacing crew of escapees.

Four months after his best friend, Dodge, disappeared near their families’ camp in a boat accident, Nate is still haunted by nightmares. He’d been planning to make the treacherous trek to the remote campsite with a friend — his first time in winter without his survival-savvy father. But when his friend gets grounded, Nate secretly decides to brave the trip solo in a journey that’s half pilgrimage, half desperate hope he will find his missing friend when no one else could. What he doesn’t expect to find is the door to the cabin flung open and the camp occupied by strangers: three men he’s horrified to realize have escaped from a maximum-security prison. Snowed in by a blizzard and with no cell signal, Nate is confronted with troubling memories of Dodge and a stunning family secret, and realizes that his survival now depends on his wits as much as his wilderness skills. As things spiral out of control, Nate finds himself dealing with questions even bigger than who gets to leave the camp alive.

Tim Wynne-Jones is the accomplished author of numerous young adult novels, including The Emperor of Any Place, Blink & Caution, The Uninvited, and The Ruinous Sweep. The Starlight Claim revisits the site of (and some characters from) his acclaimed novel The Maestro a generation later. In 2012 Tim Wynne-Jones was named an Officer of the Order of Canada for his services to literature. He lives in Ontario, Canada.

What do you think of the cover & synopsis?

YABC's Around the World in 30 Days with GK DeRosa of Florida, plus giveaways

YABC's Around the World in 30 Days with Melissa A. Craven of Atlanta, Georgia, plus giveaways

I enjoy the cover and the synopsis sounds emotional and unique.

0
I enjoy the cover and the synopsis sounds emotional and unique.
Cancel Update Comment

The cover is attractive and the synopsis sounds quite suspenseful. Best wishes on the new release.

0
The cover is attractive and the synopsis sounds quite suspenseful. Best wishes on the new release.
Cancel Update Comment

I really like the cover--though I'm not quite sure what the title means, yet.

0
I really like the cover--though I'm not quite sure what the title means, yet.
Cancel Update Comment

The cover of the book is very beautiful, it is very impressive to me personally
ninja run

0
The cover of the book is very beautiful, it is very impressive to me personally [url=https://run3play.com/run-ninja-run.html]ninja run[/url]
Cancel Update Comment
How to resolve AdBlock issue?
X