With school back in session, I am reminded of my time as a student in a small town. I wanted nothing more than to escape those classrooms and go on an adventure to a magical land! Reading was my escape, and so I want to recommend some great fantasy novels for young readers to help them get rid of the back-to-school blues. Make sure you have these books in your collection or on order so they can go on display in your library or classroom!

Ferals by Jacob Grey
http://www.yabookscentral.com/kidsfiction/20375-ferals
Blackstone was once a thriving metropolis. But that was before the Dark Summer—a wave of violence and crime that swept through the city eight years ago, orchestrated by the fearsome Spinning Man. Now the Spinning Man is on the move again, and a boy named Caw is about to be caught in his web. Caw has never questioned his ability to communicate with crows. But as the threat of a new Dark Summer looms, Caw discovers the underground world of Blackstone’s ferals—those with the power to speak to and control animals. Caw is one of them. And to save his city, he must quickly master abilities he never knew he had . . . and prepare to defeat a darkness he never could have imagined. 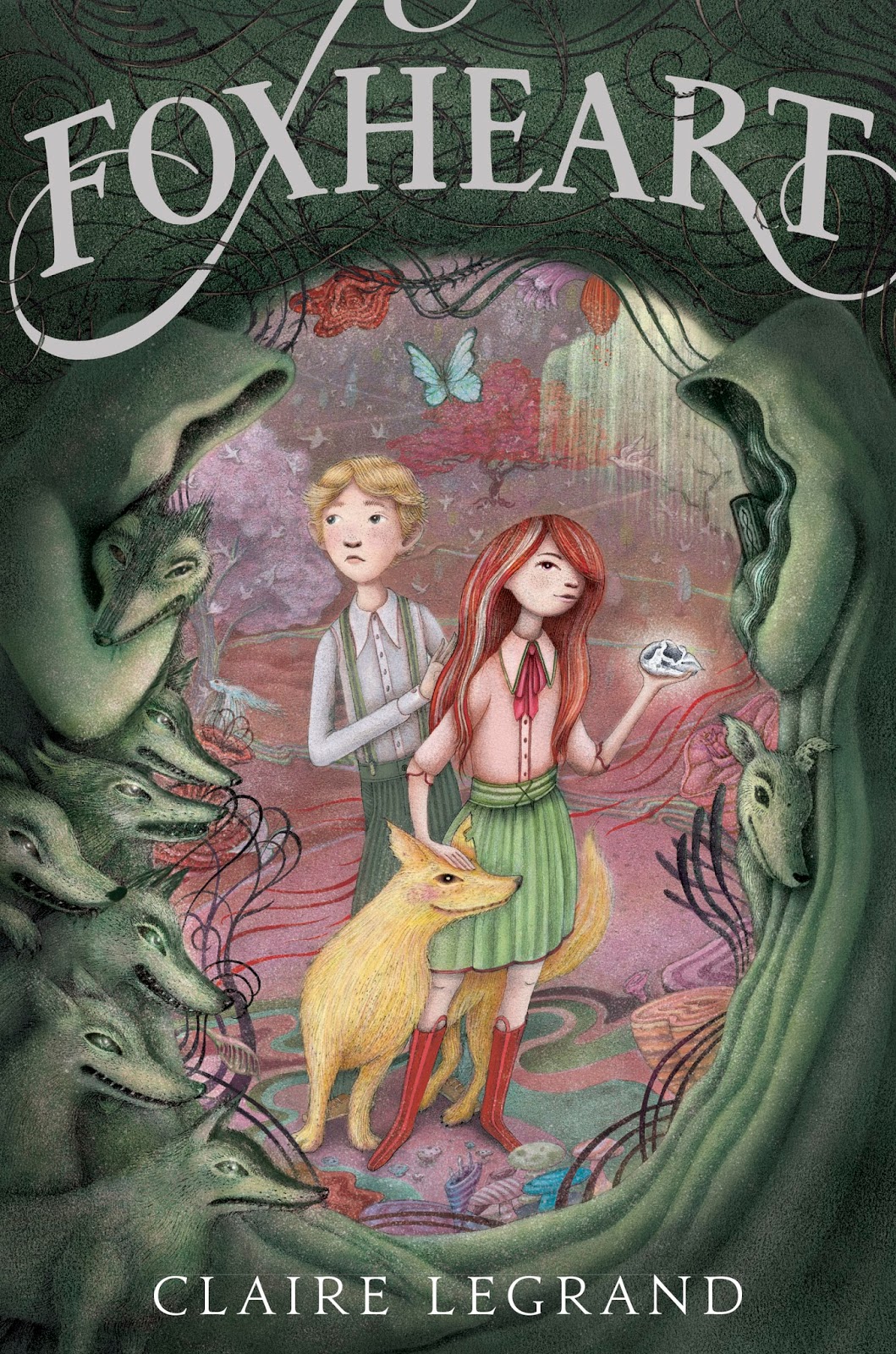 Foxheart by Claire LeGrand
http://www.yabookscentral.com/kidsfiction/20317-foxheart
A fantastically clever and magical adventure, complete with incredible feats of bravery, heart-warming characters, and strange beasts. FOXHEART tells the tale of Quicksilver, an orphan who is determined to become the greatest thief in all the Starlands. Little does the girl know that she is destined to become the greatest witch in all of history. Foxheart will pull at your heartstrings and leave your turning the pages long into the night. Highly recommended for fantasy lovers of all ages.

The Islands of Chaldea by Diana Wynne Jones
http://www.yabookscentral.com/yafiction/17039-the-islands-of-chaldea
The Islands of Chaldea is a new, stand-alone novel of magic and adventure by the renowned fantasy author Diana Wynne Jones. Almost finished upon her death in 2011, the manuscript was completed by Diana's sister Ursula Jones, an acclaimed novelist and actress. Aileen comes from a long line of magic makers, and her Aunt Beck is the most powerful magician on Skarr. But Aileen's magic has yet to reveal itself, even though she is old enough and it should have, by now. When Aileen is sent over the sea on a mission for the King, she worries that she'll be useless and in the way. A powerful (but mostly invisible) cat changes all of that-and with every obstacle Aileen faces, she becomes stronger and more confident, until her magic blooms. This stand-alone novel, by the beloved and acclaimed author of such classic fantasy novels as Howl's Moving Castle and the Chrestomanci books, will be welcomed by fans old and new. Monstrous by MarcyKate Connolly
http://www.yabookscentral.com/kidsfiction/20373-monstrous
The city of Bryre suffers under the magic of an evil wizard. Because of his curse, girls sicken and disappear without a trace, and Bryre’s inhabitants live in fear. No one is allowed outside after dark. Yet night is the only time that Kymera can enter this dangerous city, for she must not be seen by humans. Her father says they would not understand her wings, the bolts in her neck, or her spiky tail—they would kill her. Reminiscent of Frankenstein and the tales of the Brothers Grimm, this debut novel by MarcyKate Connolly stands out as a compelling, original story that has the feel of a classic. The Screaming Staircase (Lockwood & Co. #1) by Jonathan Stroud
http://www.yabookscentral.com/kidsfiction/17590-lockwood-and-co-the-screaming-staircase
A sinister Problem has occurred in London: all nature of ghosts, haunts, spirits, and specters are appearing throughout the city, and they aren't exactly friendly. Only young people have the psychic abilities required to see-and eradicate-these supernatural foes. Many different Psychic Detection Agencies have cropped up to handle the dangerous work, and they are in fierce competition for business. In The Screaming Staircase, the plucky and talented Lucy Carlyle teams up with Anthony Lockwood, the charismatic leader of Lockwood & Co, a small agency that runs independent of any adult supervision. After an assignment leads to both a grisly discovery and a disastrous end, Lucy, Anthony, and their sarcastic colleague, George, are forced to take part in the perilous investigation of Combe Carey Hall, one of the most haunted houses in England. Will Lockwood & Co. survive the Hall's legendary Screaming Staircase and Red Room to see another day?

Serafina and the Black Cloak by Robert Beatty
http://www.yabookscentral.com/kidsfiction/20374-serafina-and-the-black-cloak
“Never go into the deep parts of the forest, for there are many dangers there, and they will ensnare your soul.”Serafina has never had a reason to disobey her pa and venture beyond the grounds of the Biltmore estate. There’s plenty to explore in her grand home, although she must take care to never be seen. None of the rich folk upstairs know that Serafina exists; she and her pa, the estate’s maintenance man, have secretly lived in the basement for as long as Serafina can remember. But when children at the estate start disappearing, only Serafina knows who the culprit is: a terrifying man in a black cloak who stalks Biltmore’s corridors at night. Following her own harrowing escape, Serafina risks everything by joining forces with Braeden Vanderbilt, the young nephew of the Biltmore’s owners. Braeden and Serafina must uncover the Man in the Black Cloak’s true identity . . . before all of the children vanish one by one. 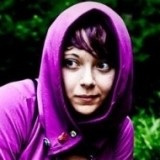 Eden Grey is a User Services Librarian at the Jessamine County Public Library in central Kentucky. Eden is a contributor to Teen Services Underground, and reviews books for YABC and School Library Journal. Eden can be found reading, knitting, sewing, cosplaying, and playing Pokemon. You can always find her on Twitter (@edenjeangrey).