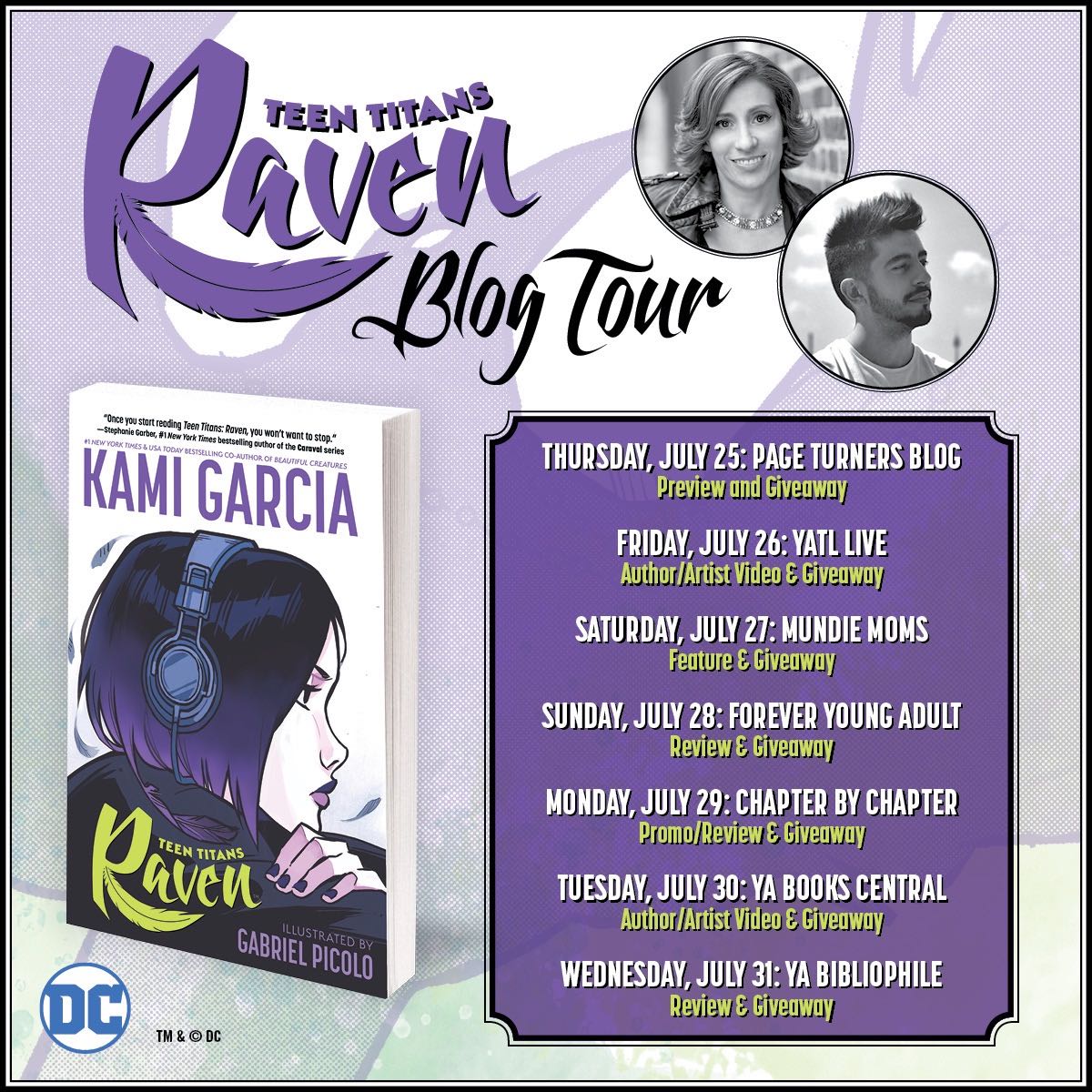 Today we're excited to spotlight Teen Titans Raven by Kami Garcia and illustrated by Gabriel Picola. Read on for more about Kami and her book, plus a video & giveaway! 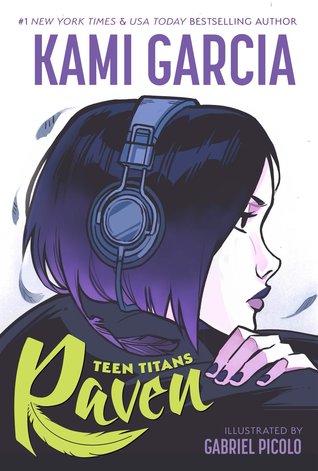 When a tragic accident takes the life of 17-year-old Raven Roth's foster mom—and Raven's memory—she moves to New Orleans to recover and finish her senior year of high school.

Starting over isn't easy. Raven remembers everyday stuff like how to solve math equations and make pasta, but she can't remember her favorite song or who she was before the accident. And when impossible things start happening, Raven begins to think it might even be better not to know who she was before.

But as she grows closer to her new friends, her foster sister, Max, and Tommy Torres, a guy who accepts her for who she is now, Raven has to decide if she's ready to face what's buried in the past... and the darkness building inside her.

From #1 New York Times bestselling author Kami Garcia and first-time graphic novel artist Gabriel Picolo comes this riveting tale of finding the strength to face who you are and learning to trust others—and yourself.

Kami Garcia is the #1 New York Times, USA Today, and international bestselling coauthor of the Beautiful Creatures and Dangerous Creatures novels. Kami’s solo series, The Legion, includes the instant New York Times bestseller UNBREAKABLE and the sequel UNMARKED, both of which were nominated for Bram Stoker Awards, YA contemporary romances THE LOVELY RECKLESS and BROKEN BEAUTIFUL HEARTS, and THE X-FILES ORIGINS: AGENT OF CHAOS. Her forthcoming graphic novel TEEN TITANS: RAVEN releases on July 2, 2019, from DC Ink.

BEAUTIFUL CREATURES has been published in 50 countries and translated in 39 languages, and the series has sold over 5 million copies. BEAUTIFUL CREATURES was a finalist for the ALA’s William C. Morris Debut Author Award, a SCIBA Award Finalist, Amazon’s #1 Teen Book of 2009 and #5 on the Editor’s Top 100 List, a YALSA “Teen Top Ten” Pick, and a New York Public Library’s “Books for the Teen Age” selection. The film adaptation Beautiful Creatures released in theaters in 2013, from Warner Brothers, starting Alden Ehrenreich, Emmy Rossum, Emma Thompson, Jeremy Irons, and Viola Davis.

Three winners will each receive a copy of Teen Titans Raven (Kami Garcia) ~ (US/Canada Only) Entering is simple, just fill out the entry form linked below. Winners will be announced on this site and in our monthly newsletter (sign up now!) within 30 days after the giveaway ends.

Giveaway: Faking Normal by Courtney C. Stevens (US only)

0
In a weird way, I feel like i can relate to Raven ???
Cancel Update Comment
How to resolve AdBlock issue?
X