Spotlight on Winter Glass by Lexa Hillyer, Plus Guest Post! Today we're excited to spotlight Winter Glass. Read on for more about Lexa Hillyer and her book, plus a giveaway! 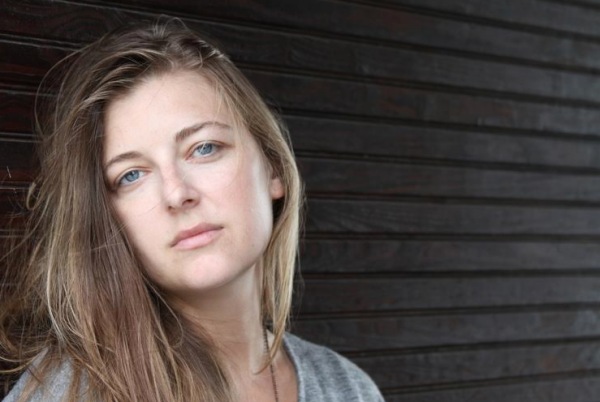 Lexa Hillyer is the author of the young adult novels Spindle Fire, Winter Glass, and Proof of Forever, as well as the poetry collection, Acquainted with the Cold (Bona Fide Books), the 2012 gold prize winner of the Foreword Book of the Year Award for Poetry, and a recipient of the Melissa Lanitis Gregory Poetry Prize. Her work has been featured in Best New Poets 2012, and she has received various other prizes and honors for poetry. Lexa earned her BA in English from Vassar College and her MFA in Poetry from Stonecoast at the University of Southern Maine. She worked as an editor at both Harper Collins and Penguin, before founding the production company Glasstown Entertainment along with bestselling author Lauren Oliver. She lives in Brooklyn with her husband, their daughter, and a very skinny orange tree. 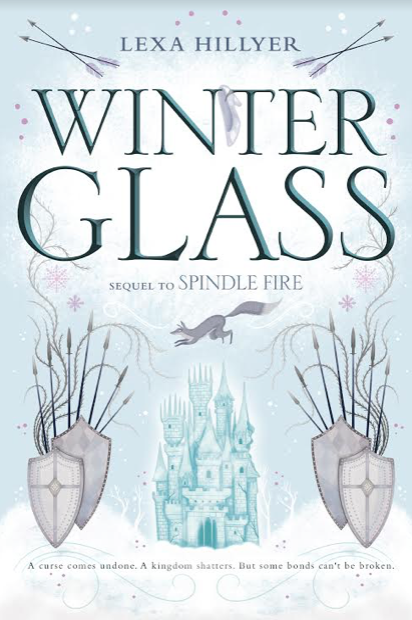 Fans of Kendare Blake and Marissa Meyer will rejoice as Lexa Hillyer returns to a lush fantasy world in deep peril, concluding the dark and stunning fairy tale reinvention that began with Spindle Fire.

Aurora, torn from the dream world and Heath, plots to assassinate the faerie queen Malfleur, only to confront temptations she never expected. Isabelle, meanwhile, opens her heart to Prince William as they attempt to unite their kingdoms and wage a winning war against Malfleur’s army of Vultures.

But when the appearance of an unbreakable glass slipper prompts Isabelle to discover more about her lineage, her true identity begins to take shape and her legacy becomes as clear as ice. Devoted half sisters Isabelle and Aurora will grapple with their understanding of love and loyalty as they face a threat even greater than that of the evil queen—the threat of losing each other forever.

The Game of Thrones hangover cure—writing YA fantasy

Even if you live under a rock and/or on Mars—or under a rock on Mars—chances are, if you’re a writer of fantasy, Game of Thrones has had some influence on your storytelling. The epicness. The political intrigue. The savagery of the medieval setting. The narrative structure of following each of the different families and regions as their inner dynamics and larger ambitions unspool. The incredible integration of extremely limited, “believable” magic into what is otherwise very grounded in grisly stories of human machinations, desires, brutality, betrayal... The wolves. The wildings. The winters.

And, not to nerd-out, but GOT is more than just an awesome HBO series to get hooked on—it’s an actual master lesson in plot, character development, and world-building. The way in which every single one of the countless characters in George R. R. Martin’s series has a separate but clear motivation constantly moving them forward across the page and marching across kingdoms on screen. And on top of that, it takes a very trope-y aesthetic in the history of the fantasy genre—the medieval world—and makes it completely alive with texture and realism. There is nothing pretty or aspirational in it—and that’s thrilling in and of itself. It’s also liberating, if you’re looking for inspiration as a YA writer.

So much of YA fantasy in the past has been characterized by prettiness and wish- fulfillment. Lush dresses and sumptuous settings and happily-ever-afters. But in the past couple of years, we’ve seen that vision break down into much grittier, war- and politics- infused storytelling, with broader ambitions. Now, YA has space not just to tell fantastical stories set in worlds different from our own, but to create new ways through fantasy narratives to expose social injustice, to challenge expected roles of women and differently abled people, to pick apart the entire notion of “ever after” and look instead at the great scope of the rise and fall of kingdoms, the demise of rulers and the shuffling of rules that follow. The nuance of romance that takes place in the context of greater stakes.

So yeah, Game of Thrones definitely had a huge influence on me when I wrote my books! Here are some of the tropes that I embraced, that are cropping up everywhere in YA and with good reason and incredible results!

Trope 1: The shattering of innocence ... aka, TRAINING MONTAGE!
So clearly in my book, SPINDLE FIRE, Aurora starts out sheltered—a Sansa-esque princess (first season Sansa, of course) unaware of all the bad things going on in her kingdom.

But in my sequel, WINTER GLASS, she takes an Arya-like turn. Desperate for answers, vengeance, and ultimately justice, she’s willing to train at the hands of whoever will teach them, no matter the cost. Fiery, smart, and often overlooked.

Trope 2: The girl who’s wild at heart.
For me, it’s Isbe. For Martin, it’s Ygritte. No one would mistake either of these girls for a Disney princess.

Both girls find love in their life completely by accident. They’re resistant to what’s coming for them, even when a really cute boy is involved.

Trope 3: Twisted magic, at the hands of deliciously evil women
You know what I can’t get enough of? Dark, scary women with dark, scary magical powers. The wicked faerie, Malfleur from my books was very much inspired by Melisandre, from her dark magic, her devotion to her own power, and even her crumbling beautiful exterior.

Trope 4: Romance in dark times
This one requires no explanation.

Trope 5: Warrior-lady is the new princess