Spotlight on When Butterfly Yellow (Thanhha Lai), Excerpt, Plus Giveaway! ~ (US Only) Read on for more about Thanhha and her book, an excerpt, plus an giveaway! 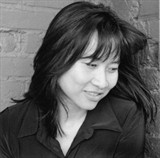 Thanhhà Lại is the #1 New York Times bestselling author of Inside Out & Back Again, her debut novel in verse, which won both a National Book Award and a Newbery Honor, and the acclaimed Listen, Slowly, which was named to numerous best book of the year lists. She was born in Việt Nam and now lives in New York with her family. To learn more about Thanhhà, visit www.thanhhalai.com [thanhhalai.com]. 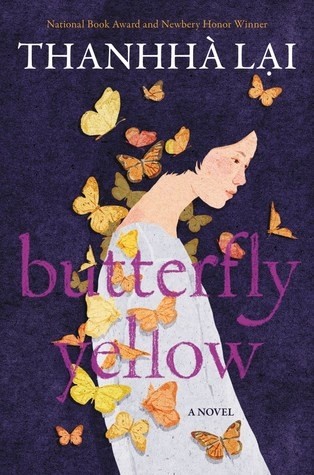 BUTTERFLY YELLOW begins in the final days of the Việt Nam War, when Hằng takes her little brother, Linh, to the airport, determined to find a way to safety in America. In a split second, Linh is ripped from her arms—and Hằng is left behind in the war-torn country. Six years later, Hằng has made the brutal journey from Việt Nam and is now in Texas as a refugee. She doesn’t know how she will find the little brother who was taken from her until she meets LeeRoy, a city boy with big rodeo dreams, who decides to help her.

Hằng is overjoyed when she reunites with Linh. But when she realizes he doesn’t remember her, their family, or Việt Nam, her heart is crushed. Though the distance between them feels greater than ever, Hằng has come so far that she will do anything to bridge the gap.

BUTTERFLY YELLOW is an emotionally poignant book that offers readers a lens into the tragedy of the refugee crisis, while demonstrating the hope and love that can exist even in the harshest of circumstances.

On the bus, Hằng stares into the endless expanse. She concentrates on even inhales, then slow exhales. Nibbling on ginger, she’s determined to soothe the relentless stirrings of nausea as her intestines coil into eels.

Fiery ginger flashes down and quiets the eels. She sharpens her stare. Having flown in from a refugee camp yesterday, she’s already on her way to A-ma-ri-lo. Never mind that her inner clock still clicks thirteen hours ahead. Never mind that her uncle will be chasing her. Never mind that she can barely speak English and can understand only half of a sentence.

The other passengers spit out words in a hissy, snaky language. How they talk, and sing and hum, and eat, how they eat. An explosion of cheer and chemicals: sweet, tangy, salty, bubbly, crispy, oniony. None of it helps her nausea.

They must see her as strange. A jagged-hair girl cocooned in long sleeves, heavy pants. Meanwhile they dress for the beach. This, despite vents blowing such frigid air Hằng senses fog in her breaths.

She sits by herself and marvels at a land so flat it erases the horizon, presenting a brittle brown ocean instead of glassy blue green. Still, the same vastness, the same unknown.

Each bounce on the bus recalls bobbing on a boat. Hằng bites off a chunk of ginger. Chomps into searing bitterness. Anything to stop memories of her escape by sea.

A boy of eighteen, self-renamed LeeRoy that very morning, is driving past the same dry expanse. Here and there, scraggly mesquites break up the blanket of brown. Enough heat out there to scorch every tree into kindling. Sitting in air-conditioning, he whistles, having waited all his life to reach this open plain where a man can get at his true self.

LeeRoy has driven up from Austin, from his home in the Hill Country where rolling green slopes don’t stand a chance against the allure of dusty cowboy country. His confused parents, UT professors, have been told not to expect him back for a good long while. It took more than a month after graduation to skedaddle, his folks inventing one reason or another to hold on to him. A party, a family trip to Big Ben, opening weekend for Indiana Jones, then an all-out Fourth of July barbecue last night.

This morning LeeRoy finally headed out for the Lone Star, a honky-tonk in Amarillo where his idol, Bruce Ford, will be making a splash.

It’s understood that cowboys don’t take kindly to hangers-on. At a party though, where Ford will likely have a few beers and loosen up, LeeRoy is betting the champ will spare his number-one fan a portion of his time. LeeRoy plans on approaching Mr. Ford and offering up free labor. Mucking, grooming, cooldowns. Hell, LeeRoy might as well dream big and imagine his tag-a-long turning into a real job, putting him front and center in Oklahoma City when the man himself will defend his title come December.