Spotlight on Welcome to Chanu-Con (Beth Rodgers), Guest Post, Plus Giveaway! ~ (US Only) Read on for more about the inspiration behind this new comic, some fun facts about Chanukah, and some of the illustrations by Howard Fridson, plus a giveaway!

1. Chanukah (also called the Festival of Lights) is celebrated for eight days and nights because of the oil that miraculously lasted eight days when it was thought it would only last for one.

2. Chanukah celebrates the victory of the Maccabees or Israelites over the Greek-Syrian ruler, Antiochus, about 2200 years ago.

3. A Menorah is a special nine-branched candelabrum, also known in Hebrew as a Hanukiah.

4. Each night of Chanukah, an additional candle is placed in the Menorah from right to left (the way Hebrew is read), and then lit from left to right (newest candle first). On the last night, all the candles are lit. A total of 44 candles are lit during the holiday. One of these is called a shamash (helper candle) that lights the others each night.

5. During Chanukah, families eat latkes (potato pancakes) and sufganiyot (jelly donuts), or other foods which are fried in oil, to celebrate and commemorate the miracle of the Festival of Lights.

6. A dreidel, or s'vivon, is a four-sided top that has a Hebrew letter on each side.

7. The four letters on a dreidel form an acronym. The letters – nun, gimel, hay, and shin – stand for the Hebrew phrase, “Nes Gadol Hayah Sham,” meaning “A great miracle happened there,” which refers to the miraculous, long-lasting oil. Interestingly, in Israel, the phrase is changed to be “Nes Gadol Hayah Po” meaning “A great miracle happened here.”

8. While the holiday always begins on the 25th day of Kislev in the Hebrew calendar, the date changes each year in the Gregorian calendar (what most people use). This year it starts the evening of Sunday, December 22nd, but it has started as early as late November and as late as the end of December. It is just a coincidence that it sometimes overlaps with Christmas. 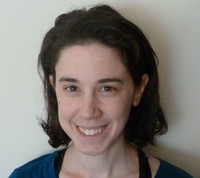 Beth Rodgers is an author and editor. Her newest release is a children's picture book, 'Welcome to Chanu-Con!' She is also the author of two young adult novels, 'Freshman Fourteen' and its sequel 'Sweet Fifteen,' as well as the short story 'Hearts & Homes,' found in the 'Mistletoe & Magic' anthology from YA Books Central. Her world is made up of her three boys, her husband, and good family and friends. She loves spending her time watching TV and movies, volunteering at her kids' schools, taking walks, and, of course, reading great books. Learn more about her at BethRodgersAuthor.com. 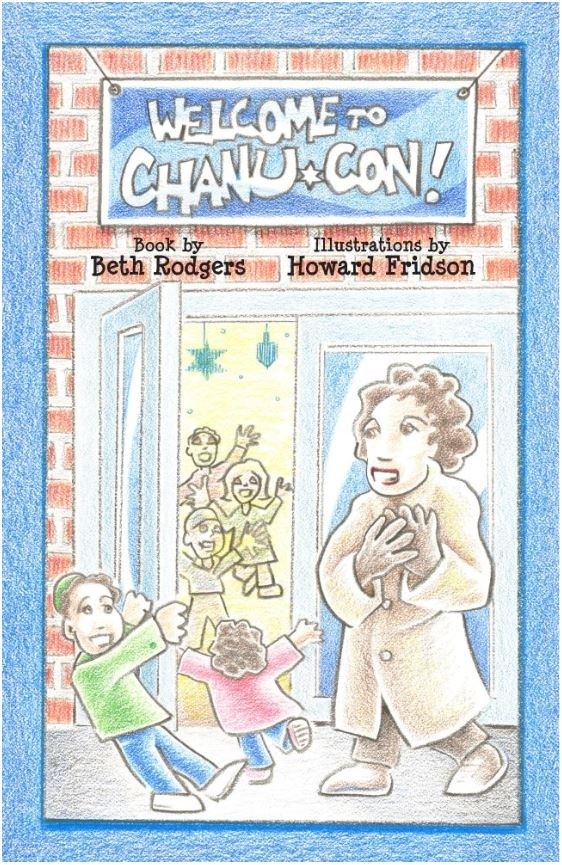 Join Max and his sister Lila as they navigate their synagogue's Chanukah extravaganza, "Chanu-Con!" Their day's highlights include making a human menorah, dipping Chanukah candles, tasting latkes and Chanukah treats, and dancing to festive music. A comic-book style graphic children's book written in verse and inclusive of the Chanukah story with its deeper meanings, "Welcome to Chanu-Con!" is the first collaboration between Beth Rodgers, author and Chanu-Con! founder, and veteran children's illustrator, Howard Frids 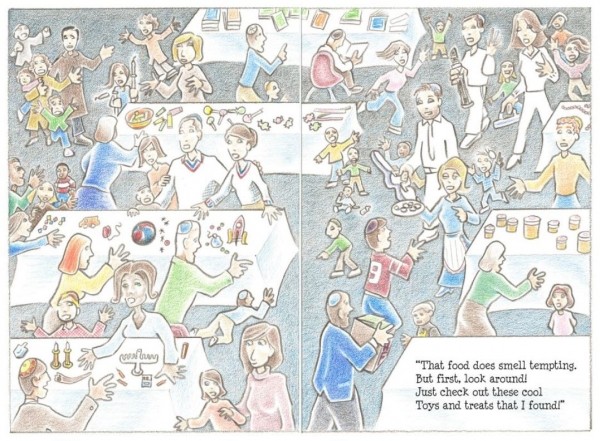 Welcome to Chanu-Con! is a comic book style graphic children's story based on a real event called Chanu-Con!, which is a community-wide Chanukah festival held at Congregation Beth Shalom in Metro Detroit each year. This year was our fourth annual event, and it was held on Sunday, November 24th. The idea for the event, and eventually this book, came from my then 3-year old son who is now 6. He couldn't say “Happy Chanukah” and instead said “Happy Chanu-Con!” and that's where the idea stemmed from. It's kind of like Comic-Con, but based around Chanukah. That's why we decided that the book should look kind of like a comic book. I chose to write 'Welcome to Chanu-Con!' in verse to give it more of a flow for readers, and Howard Fridson's illustrations do a fantastic job of highlighting the words. 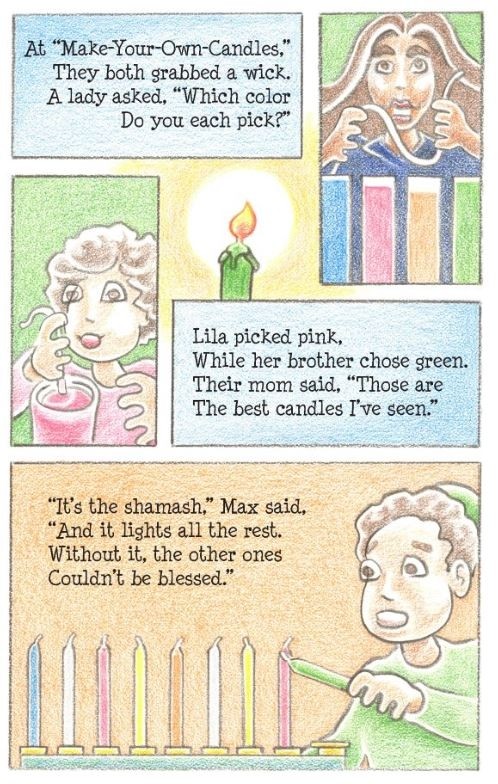 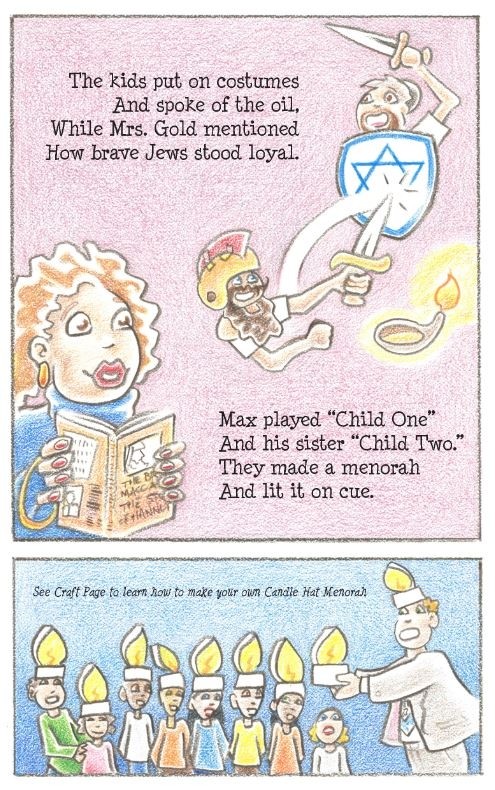 One winner will receive a copy of Welcome To Chanu-Con! (Beth Rodgers) ~ (US Only)

The book looks awesome, hope I can win this to read to my twins!

0
The book looks awesome, hope I can win this to read to my twins!
Cancel Update Comment

The cover is okay. The synopsis sounds intriguing as I will learn about a new faith.

0
The cover is okay. The synopsis sounds intriguing as I will learn about a new faith.
Cancel Update Comment
How to resolve AdBlock issue?
X