Spotlight on We Could Be Heroes (Margaret Finnegan), Guest Post, Plus Giveaway! ~ (US Only) Today we're excited to spotlight We Could Be Heroes by Margaret Finnegan.

Read on for more about Margaret and her book, an guest post, plus an giveaway! 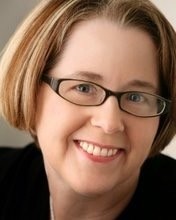 Margaret Finnegan’s work has appeared in FamilyFun, the Los Angeles Times, Salon, and other publications. She lives in South Pasadena, California, where she enjoys spending time with her family, walking her dog, and baking really good chocolate cakes. Connect with her at MargaretFinnegan.com.

Meet We Could Be Heroes! 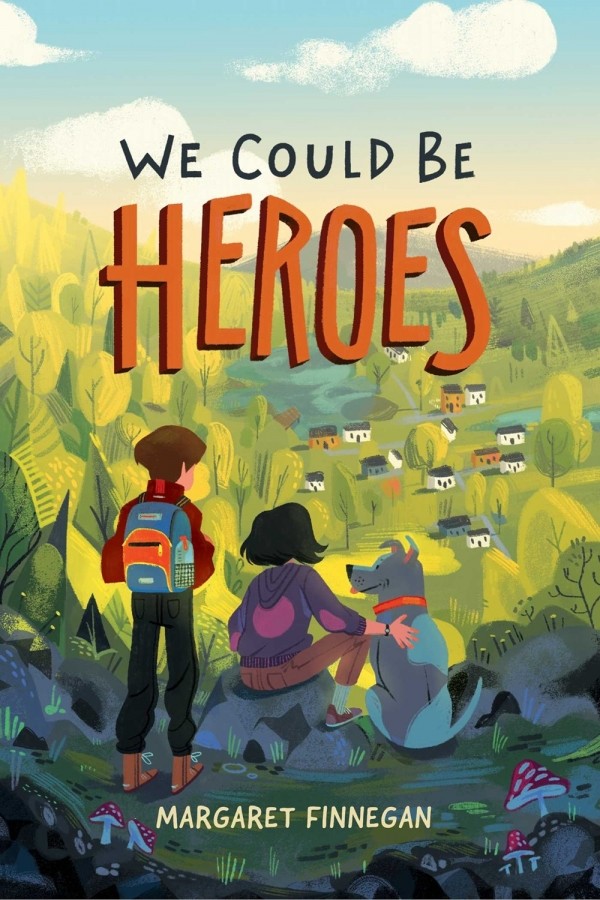 Shiloh meets Raymie Nightingale in this funny and heartwarming debut novel about a ten-year-old that finds himself in a whole mess of trouble when his new friend Maisie recruits him to save the dog next door.

Hank Hudson is in a bit of trouble. After an incident involving the boy’s bathroom and a terribly sad book his teacher is forcing them to read, Hank is left with a week’s suspension and a slightly charred hardcover—and, it turns out, the attention of new girl Maisie Huang.

Maisie has been on the lookout for a kid with the meatballs to help her with a very important mission: Saving her neighbor’s dog, Booler. Booler has seizures, and his owner, Mr. Jorgensen, keeps him tied to a tree all day and night because of them. It’s enough to make Hank even sadder than that book does—he has autism, and he knows what it’s like to be treated poorly because of something that makes you different.

But different is not less. And Hank is willing to get into even more trouble to prove it. Soon he and Maisie are lying, brown-nosing, baking, and cow milking all in the name of saving Booler—but not everything is as it seems. Booler might not be the only one who needs saving. And being a hero can look a lot like being a friend.

In We Could Be Heroes, Hank Hudson is such a sensitive reader that the very thought of listening to his teacher read a tragic story causes him to almost burn down the boys’ bathroom. This opening was inspired by my daughter, who, like Hank, has autism. By late elementary school, she had such a hard time separating the pain felt by book characters from her own pain, that, after a while, she refused to read any new books. She was too afraid of how sad they might make her feel. But you don’t have to be on the spectrum to be a highly-sensitive reader. I have a friend with neurotypical sons who were so devastated by sad books that the whole family made a shoebox diorama with cardboard gravestones for all the literary characters who had the audacity to die, and thus break their hearts. So this list of favorites is for all the highly-sensitive readers out there. Here are five great books that build empathy without crushing souls.

Goodbye Mr. Spalding by Jennifer Robin Barr. I love me some historical fiction! This one takes place in Philadelphia during the Great Depression. Twelve-year-old Jimmy Frank, whose family has already been hit hard by economic uncertainty, finds more to worry about when the extra money his folks earn renting out rooftop bleacher seats to Philadelphia Athletics fans is threatened by the Park’s plan to build a wall that will eliminate their view of the games. A love letter to both baseball and Philadelphia, this story will linger in your sensitive reader’s mind and help them appreciate and recognize the sacrifices families make for one another.

Merci Suárez Changes Gears by Meg Medina. In this Newbery Award winning novel, sixth grader Merci Suárez faces friendship battles at school and the growing recognition that something is seriously wrong with her beloved grandfather, who turns out to be struggling with dementia. But Merci is so indefatigable and her extended family is so solid that your highly-sensitive reader will be able to change gears as aptly as Merci.

Stanley Will Probably Be Fine by Sally J. Pla. Your sensitive reader will worry about middle schooler Stanley Fortinbras, who has a sensory disorder, anxiety, and some challenges in both his family life and with his oldest and dearest friend. But your reader will be okay because Stanley’s adventures as he and a new neighbor crisscross San Diego in an attempt to win a comic book centered trivia contest are just a hoot. The story propels itself forward with such energy and goodwill that your reader will feel rest assured that not only will Stanley be fine, but they will too.

Look Both Ways: A Tale Told in Ten Blocks by Jason Reynolds. What? You think I’m not going to mention the amazing National Ambassador of Children’s Literature? He has numerous books to choose from, but your highly-sensitive reader will want to start with Look Both Ways, which was a finalist for the National Book Award. A series of linked stories, the book follows different classmates on their afternoon walks home from school. You would think that you would have a hard time feeling attached to any particular character since the book never follows anyone for all that long. And you would be wrong! Because it’s Jason Reynolds! Your sensitive reader will feel deeply, but the brevity of the stories will return them to their stable sense of self soon enough. And plenty of the stories are funny—so who wouldn’t like that?

Counting by 7s by Holly Goldberg Sloan. You would think this one would destroy highly-sensitive readers since Willow Chance’s parents die in the very first chapter. But the made-family that develops around the brilliant Willow is so believable, the surrounding characters are so fully formed, and there are so many instances of real humor and warmth in the details, that a story that starts with grief will leave your reader feeling nothing but hope.

We Could Be Heroes

Tags:
giveaway Atheneum BYR Margaret Finnegan We Could Be Heroes
Waiting On Wednesday ~ February 26th, 2020
Featured Review: The Shadows Between Us (Tricia Le...

I love the cover! Sounds like the perfect book for my daughter!

I love the bright colors and promise of adventure on the cover. This book will be emotional and fun to read.

0
I love the bright colors and promise of adventure on the cover. This book will be emotional and fun to read.
Cancel Update Comment

I just love the cover and the synopsis sounds great!

0
I just love the cover and the synopsis sounds great!
Cancel Update Comment

The cover is bright and beautiful. The story sounds inspiring and engaging.

0
The cover is bright and beautiful. The story sounds inspiring and engaging.
Cancel Update Comment
How to resolve AdBlock issue?
X