Read on for more about Zack & Nick, plus a guest post, and giveaway! 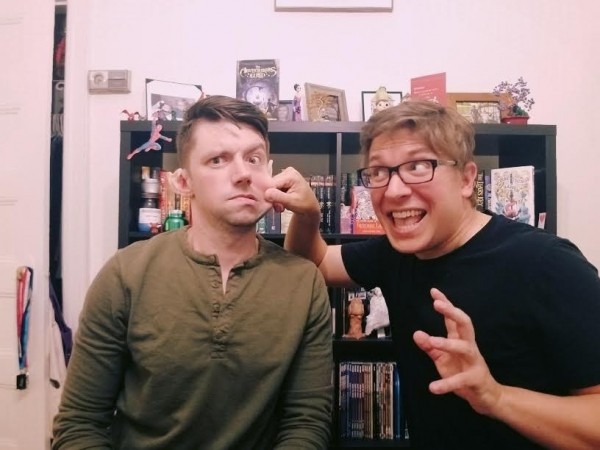 Zack Loran Clark and Nick Elipulos are best friends living in New York. They have been playing Dungeons &

Dragons together every week for more than a decade. Zack secretly wishes that he were an elf; Nick publicly

denies that he is a dragon.

Meet Twilight Of The Elves! 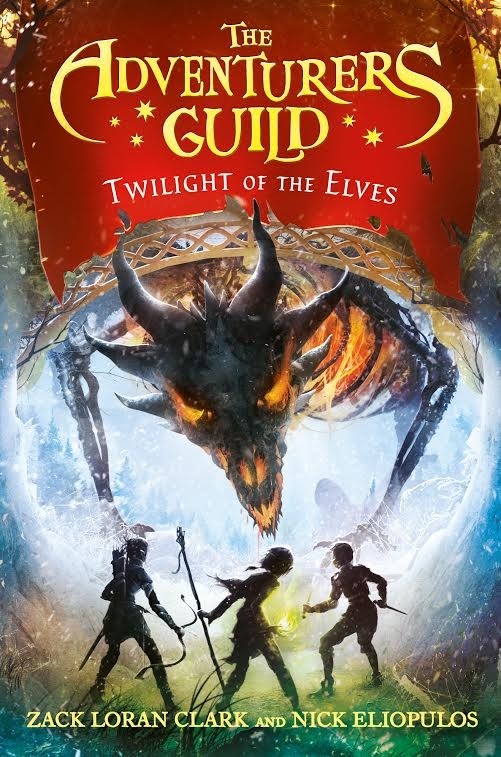 I should probably start at the beginning, Zed wrote, when things first went wrong….

Zed, Brock, and their friends may have saved Freestone from destruction, but the fight against the Dangers is far from over. No one knows what to expect next from the dark power that forced the elves to abandon their city. And the influx of elf refugees in Freestone strains resources and brews resentment among the townspeople. Things have shifted between best friends Zed and Brock, as well, with their friendship crumbling under the weight of the secrets they're keeping from each other.

When tensions reach an all-time high, Queen Me'Shala, leader of the elves, approaches the Adventurers Guild with a mission. She wants a small group of adventurers to go behind the king's back on a covert mission to save her city, and Zed, Brock, Liza, Jett, Micah, and their elven friend Fel join the quest. To face a powerful form of magic thought to be extinct, the adventurers will have to learn how to rely on each other and fight harder than ever before.

Don’t miss this second installment of Zack Loran Clark and Nicholas Eliopulos’s Adventurers Guild trilogy, where the stakes are raised, the action is breathless, and the dangers will stop even the bravest of hearts.

5 Essential Things to Know About Elves

We’re Zack Loran Clark and Nick Eliopulos, the authors of The Adventurers Guild, a fantasy trilogy from Disney-Hyperion. The second book in the series, Twilight of the Elves, is out this November.

Our books takes place in a setting that’s reminiscent of The Lord of the Rings or Dungeons & Dragons; it’s a world filled with monsters, magic, dwarves, and of course elves. (Though not the Christmas or shoe-repair kinds.)

In fact, our second book is devoted to the elves, which is why we’re excited to present you with this Very Important Primer on our pointy-eared friends!

ZC: Whether in The Lord of the Rings or Netflix’s urban fantasy film, Bright, elves tend to find themselves among the upper crust of society. The fantasy species is just known for their highfalutin ways. Definitely the types who drink with their pinkies extended.

NE: In Twilight of the Elves, however, our elves have fallen on hard times. With their city conquered by a monstrous invader, they’re forced to live out of tents in the human city of Freestone. Even the elven queen must do without luxuries; she forgoes the comforts of Freestone Castle to stay with her people outside in the wintertime.

ZC: In the roleplaying game Dungeons & Dragons, elves come with all sorts of bonuses that give them an edge when it comes to magic. The elves of The Adventurers Guild are no different — their affinity for magic draws both awe and fear.

NE: Awe and fear and sometimes irritation! Brock, our human rogue character, is totally surrounded by magic in this book, much of it dangerous, and he doesn’t understand any of it. Face it, we’re all muggles next to the elves.

ZC: Elves have a . . .  certain reputation for being snobs. In settings from The Elder Scrolls to World of Warcraft they’re sometimes portrayed as pompous at best — and bigoted at worst. It’s not that they’re stiff or arrogant. Okay, yes, they can be both stiff and arrogant.

NE: Zed, our half-elf sorcerer who was raised in human Freestone, learns firsthand just how snooty the elves can be when one of the queen’s ministers tells him, “There are no half elves. There are elves . . . and there is everything else.” Poor Zed. (I sort of wish we had that minister say, “Elves don’t dab.”)

ZC: Sometimes elves get downright scary portrayals in fiction and games. In Terry Pratchett’s Discworld books, the elves are an invading force of cheerful, powerful maniacs. Even gentle Galadriel from The Lord of the Rings has her spine-chilling moments.

NE: Do you know that feeling you get just before a storm, when the wind picks up and the air pressure drops and you feel a chill across the back of your neck? That’s what happens in the vicinity of our elven queen, Me’Shala, anytime she’s annoyed. The other characters spend a lot of time and energy trying to keep her from getting REALLY mad.

ZC: Whether you’re Legolas or one of Santa’s helpers, chances are there’s just something appealing about you. Elves are known far and wide for their charisma. No, don’t look at Dobby!

NE: Aw, I think Dobby is cute! I’d pinch his cheeks, too. 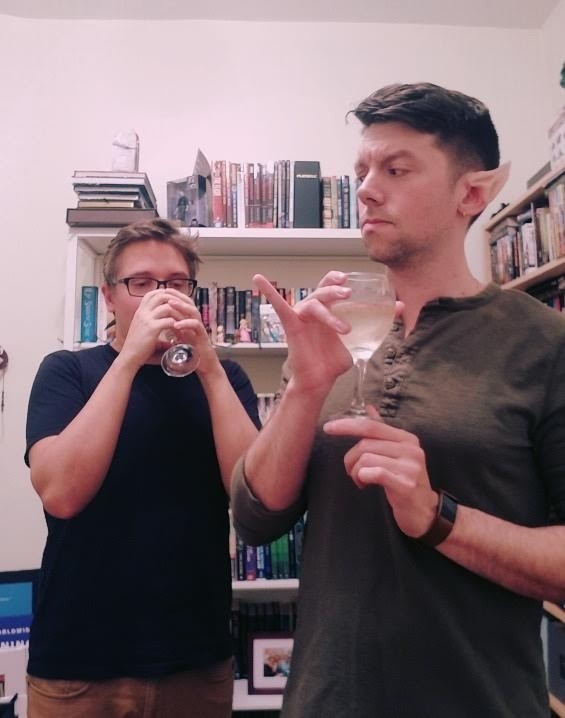 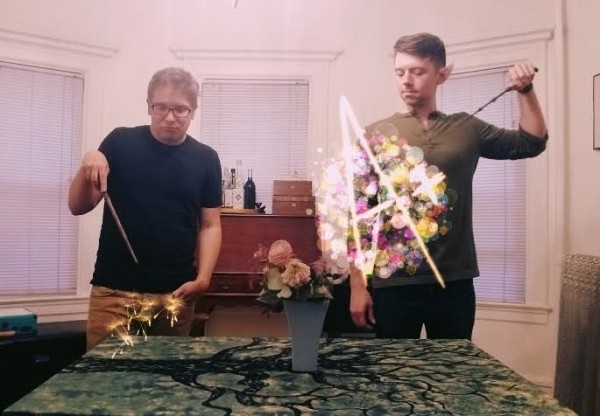 Twilight Of The Elves

Spotlight on Freaky In Fresno (Laurie Boyle Crompton), Excerpt, Plus Giveaway! ~ (US Only)

Spotlight on Among The Fallen (Virginia Frances Schwartz), Guest Post, Plus Giveaway! ~ (US Only)

Spotlight on Foul Is Fair (Hannah Capin), Excerpt, Plus Giveaway! ~ (US Only)

Author Chat with Maureen Johnson (The Hand On The Wall), Plus Giveaway! ~ (US Only)

I think your cover is awesome and will attract the readers of this genre. The storyline sounds action-packed and exciting. I can't wait to get a copy and pass it a reader I know will love it...after I read it, of course!

0
I think your cover is awesome and will attract the readers of this genre. The storyline sounds action-packed and exciting. I can't wait to get a copy and pass it a reader I know will love it...after I read it, of course!
Cancel Update Comment

The cover of this book just grabs the reader. Both books sound like exciting adventures.

0
The cover of this book just grabs the reader. Both books sound like exciting adventures.
Cancel Update Comment

The cover is full of power and shows danger and action. The synopsis sounds exciting to read.

0
The cover is full of power and shows danger and action. The synopsis sounds exciting to read.
Cancel Update Comment
How to resolve AdBlock issue?
X