Spotlight on Transcendent (Jus Accardo), Excerpt, Plus Giveaway! ~ (US Only) Read on for more about Jus and her book, an excerpt, plus an giveaway! 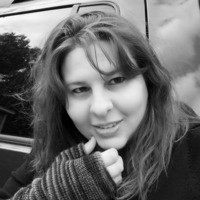 Jus Accardo spent her childhood reading and learning to cook. Determined to follow in her grandfather's footsteps as a chef, she applied and was accepted to the Culinary Institute of America. But at the last minute, she realized her true path lay with fiction, not food.

Jus is the bestselling author of the popular Denazen series from Entangled publishing. A native New Yorker, she lives in the middle of nowhere with her husband, three dogs, and sometimes guard bear, Oswald. 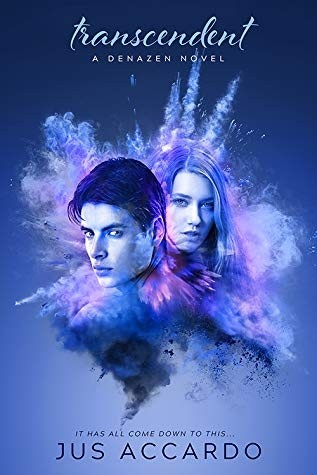 The boy she’d lost, and finally found again, is not the same boy she remembers. As one of the most powerful Sixes, Kale has changed in ways Dez can’t ignore.

He swore he’d never kill, and now he’s out for blood.

He swore he’d never harm her, and now he struggles to control his fatal touch.

They’ve been to hell and back, over and over, but this time they might not survive the fire.

When the truth at the root of the Denazen Corporation’s origins begins to unfold, those behind the scenes will do anything to keep it hidden.

Dez and Kale will be pushed to their breaking point. As long buried secrets come to light, they must fight for their freedom—and each other—as they never have before.

Kale’s destructive power could win the battle, if he doesn’t lose himself to it in the process. Or Dez will be faced with an impossible task—saving the world from the boy she loves.

With one hand at the small of my back, Kale kicked off the bed, balancing my weight against his knee as he swung us around. No sooner had my back hit the soft down comforter was he hovering above me, bright eyes filling every inch of my vision. “Should I ask what you’re doing?”

His voice was hoarse, and his eyes sparkled with longing. If I could see my own reflection, I was sure it would mirror his. “If you need to ask, then clearly you’re regressing…” I lifted my head and nipped at his bottom lip.

“Would it be wrong of me to ask if this was another trick?” His lip twitched.

“Yeah.” I skimmed his chin with the tip of mt nose. “Still sorry about that…”

He responded by dipping his head and trailing a scorching line of kisses from my ear to the tip of my chin. “I’d like to know what changed,” he said, lips brushing the sensitive skin of my neck. “I’d like to know…” More kisses. “…that you’re really all right.”

“I—” He’d worked his way back around to the other side of my face and had taken the edge of my ear between his lips. Whatever it was I’d been planning to say dissipated, along with the rest of the world. I pushed against him, and he must have thought I wanted him to stop, because he froze for a moment before bolting upright. When I tugged off my shirt, though, his eyes glittered with feral anticipation.

But instead of closing the increasingly painful distance between us, he stayed where he was, looking down at me in that hungry, appreciating way, but also, with concern. “Talk to me.”

I slid off the bed and crossed to where he stood. “Is that what you really want?” I lifted my finger and touched the tip to the jagged scar just below his heart. I traced the outline, our skin barely touching. He squeezed his eyes closed for a moment and breathed in sharply. “Because it seems like you might want something else.”

He opened his eyes and brought his face inches from mine. “I want you.” He ran his lips across my cheek, brushing them too briefly against my lips. “All of you.”

The cover is unique. The synopsis is very interesting. I will have to check out this series.

0
The cover is unique. The synopsis is very interesting. I will have to check out this series.
Cancel Update Comment

I love the colors on the cover. The synopsis is intriguing.

0
I love the colors on the cover. The synopsis is intriguing.
Cancel Update Comment

I like the colors and design of the book cover. I think I will like this story and the characters.

The cover really jumps out. From the sounds of the synopsis, I really need to read this series.

0
The cover really jumps out. From the sounds of the synopsis, I really need to read this series.
Cancel Update Comment
How to resolve AdBlock issue?
X