Spotlight on The Root Of Magic (Kathleen Benner Duble), Excerpt, Plus Giveaway! ~ (US Only) Today we're excited to spotlight The Root Of Magic by Kathleen Benner Duble.

Read on for more about Kathleen and her book, an excerpt, plus an giveaway! 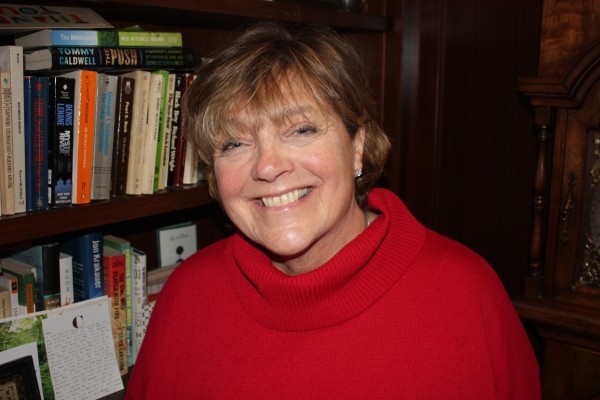 Kathleen Benner Duble is a critically acclaimed and award-winning author of many historical novels for children. Her books include Phantoms of the Snow, The Sacrifice, and Quest. She lives in Massachusetts with her husband.

Meet The Root Of Magic! 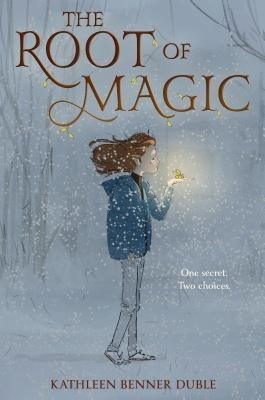 A deeply felt sibling story set in a town where people have a mysterious magical power and one girl is determined to discover what it is, for readers of Lauren Myracle and Ingrid Law.

Willow knows the unknown is scary. Especially when your little brother has been sick for a long time and nobody has been able to figure out why. All Willow wants is for her brother to get better and for her her life to go back to normal.

But after a bad stroke of luck, Willow and her family find themselves stranded in an unusual town in the middle of nowhere and their life begins to change in the most unexpected way. Willow soon discovers that the town isn’t just unusual—it’s magical—and the truth is more exciting that she ever imagined.

Will Willow find that this could be the secret to saving her family—or discover that the root of magic could lead them to something greater?

“Are we going to die?” Wisp asks from the depths of his blankets in the backseat.

Mom’s hands whiten on the wheel of the car, and her mouth tightens.

In the front seat beside their mother, Willow tugs nervously on her long hair.

DuChard Unspoken Family Rule #1: You are never, ever to say the words “death” or “die” when Wisp is within earshot.

But because Wisp himself is asking the question, Mom has no option but to pretend she hasn’t heard him.

“Of course not,” Willow tells her brother, when their mom says nothing. “It’s just snow, Wisp.”

Yet even as she tries to convince her brother, Willow realizes she is lying. They have been driving in the dark for over two hours in what the weathermen on the radio are calling “the blizzard of the century.”

It is four days after Christmas, and the first storm of the year. Usually, a December snowfall in the Northeast tumbles

in like a light blanket, one you pull up just as the temperature begins to dip—fluffy but not too heavy.

But this storm is monstrous. Willow imagines it as a great roaring beast—irritated by the release of aerosols in Russia, the exhaust of cars in China, the heat of nuclear reactors in the United States, and other global warming factors.

Her science teacher has said that hurricanes, fires, and tsu- namis have been increasing in number and intensity. Why, Willow wonders, should snow sit on the sidelines?

When they left that afternoon, the flakes were light. Then the weather changed—faster than they could change their plans. Now Willow wishes they had stayed the night in some safe, warm hotel in Canada. But it’s too late. They are commit- ted to driving home.

Usually on car trips, Willow listens to music or writes in her journal, but tonight she simply stares into the dark night and icy roads, preparing to point out any danger that might sud- denly throw them off course.

“Do you think we’re going to be swallowed up by this storm and suffocate in this car?” her brother asks. His weary voice floats softly up to the front seat. “Are they going to find us months from now, when everything melts, just skeletons, since we have no food and only a few bottles of water?”

In the front seat, Willow rolls her eyes at her brother’s bi- zarre questions.

But a minute later, she sighs and rubs her eyes. “Sorry, I

Willow says nothing. She knows she is to blame for their being on this road at this hour, just below the Canadian border in the wilderness of Maine, where even their car’s headlights seem unable to penetrate the wall of white in front of them.

“Dad can drive in anything,” Wisp says. Willow goes still.

DuChard Unspoken Family Rule #2: Never mention Dad in front of Mom, especially when she is already under so much stress that the lines on her face look like cracked dry clay.

“Do you see your father here?” Mom asks.

Her brother goes mute, seeming to recognize his mistake, leaving Willow to answer her mom.

Willow should call out her brother for this cowardliness, but she won’t. Instead, as usual these days, she swallows her an- noyance with him, forcing the heat of it back inside.

She shakes her head as a response. It’s safer that way. And she realizes in that moment that she, like her brother, is a bit of a coward these days, too.

“It was your father’s last-minute cancellation that left us having to drive all the way to New Brunswick for this hockey tournament in the first place,” their mother goes on, in the tone that Willow has come to know as worse than the taste of sour milk. “He could have made that decision earlier, and then you could have ridden with one of your teammates. But no, once

again, he waits until the last minute. And now, as usual, he’s nowhere to be found, leaving me on my own, driving through a horrific storm while he’s holed up in some basketball court, all warm and toasty. And it was his idea that you play hockey in the first place, so I really don’t understand why it’s me doing the hauling around, especially with a . . .”

In her mind, Willow finishes the sentence for her mother. “. . . with a sick child.”

“Whatever,” Mom finally says softly. “Your dad should be here, not me.”

DuChard Unspoken Family Rule #3: When their mom starts going on about their dad, it’s best to act like you’re fac- ing an angry bear and, as Willow’s Girl Scout leader once told them, “Hold perfectly still and play dead.”

So Willow turns statuelike, and she thinks about the game. The game they won—the big save she made.

Willow can still feel the puck hitting hard against her glove as she raised it a few inches above her shoulder. And she re- members the complete and utter amazement when she realized the puck was there—safe, stopped, just as the buzzer sounded and the game ended. Incredibly, they had won by that one, single stopping of a goal.

Willow can still hear the crowd screaming her name and feel her best friend, Elise, jumping on top of her before the rest of the team piled on, all smelling of sweat from their hard-won battle. It had been a sweet save, a sweet win.

And Willow wishes her dad had been there. Because, unlike her mom, he would have known that feeling, understood that victory, cheered her on as a winner. He’d played hockey in col- lege. He knew.

But he couldn’t find a substitute to coach his high school basketball team this weekend. Instead, it was her mom wait- ing for her at the end of the game, tapping her foot during the winning-team pictures, shooing Willow off the ice, urging her to change quickly, barely able to wait half an hour before pack- ing them up and starting the drive home, worrying and fussing about the snow.

Now, with this scary drive, the joy of that miracle win in Willow’s otherwise miracleless life has deflated quickly, like bubble gum that has gone flat and tasteless.

“Are we going to be lost forever?” Wisp asks.

He must feel that even though the blizzard is still raging outside their car, the “Mom storm” has passed, but Willow isn’t so sure.

“Maybe we’ll be like Rip Van Winkle and get lost in these hills and sleep for centuries,” Wisp says.

“Rip Van Winkle left his poor wife alone to handle every- thing herself while he was out having a good time and a long nap,” Mom snaps again.

As Willow thought: her brother was wrong. Neither storm is backing off.

This shuts their mother up. Willow glances back at her

brother, his little body curled tight on the seat, and he gives her a weak smile. Dark circles ring his eyes—constant remind- ers of his sickness. No doctor has been able to pinpoint what is wrong with him, even though they’ve done plenty of tests.

Once, Willow overheard a doctor tell Wisp he had a “rare disease” because he was a rare kid. She knows the doctor only said that to make Wisp feel special. But sometimes she remem- bers that comment to make herself feel better too, especially when her brother looks really pale—kind of like he does now.

Willow glances over to where their mom sits, tense and worried, both hands on the wheel. The coffee she bought ear- lier at a rest stop grows cold in its cup holder; her eyes are focused on the road as if her will alone can guarantee their safety. Her mom—the battler of battles, the gladiator in all their lives.

If Mother Nature bothered to show herself now in the midst of this storm and challenged Willow’s mom to hand-to-hand combat, her mom would quickly tie these dark clouds into tight knots, blow this wind back where it came from, gather these snowflakes together and wring them out until they were nothing but a bucket of harmless water drops.

And just as Willow is thinking this, the car’s wheels begin to slide. Her mom slams on the brakes and the car slips—only a little at first, but then the ice suddenly shoots them sideways and sends them spinning. Around and around they go, like some wild carnival ride. Wisp slams into the side of the door because, of course, he didn’t fasten his seat belt as he had prom-

ised he would. And their mom is fighting the car and the ice with all her gladiator strength.

And when their mom finally gets the car to stop, Willow can see they’ve hit something gray and solid, and she can feel the car tilting, like they’re sitting on top of a giant seesaw. They are crosswise to the road, their front end low, their back end high. The car groans and slides slightly forward. Willow looks down, and through a sudden break in the mist and the snow, she sees water below them—swirling and rushing and splash- ing up toward their car as though trying to haul them all down to a watery grave.

But Willow says nothing, because in her family, you never, ever say the words “death” or “die” when Wisp is around.

The Root Of Magic