Spotlight on The Princess Rules (Philippa Gregory), Excerpt, Plus Giveaway! ~ (US Only) Read on for more about Philippa and her book, an excerpt, plus an giveaway! 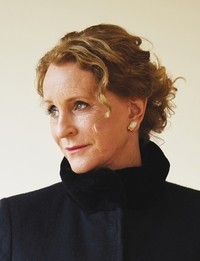 Philippa Gregory is an internationally renowned author of historical novels. She holds a PhD in eighteenth-century literature from the University of Edinburgh. Works that have been adapted for television include A Respectable Trade, The Other Boleyn Girl and The Queen's Fool. The Other Boleyn Girl is now a major film, starring Scarlett Johansson, Natalie Portman and Eric Bana. Philippa Gregory lives in the North of England with her family. 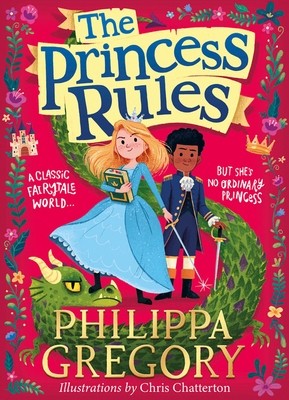 Princess Florizella may live in a classic fairy-tale world, but she’s no ordinary princess…

“Princess Florizella was friends with some of the princesses who had studied the Princess Rules, and behaved just as the Rules said they should. Florizella thought their hair was lovely: so golden and so very long. And their clothes were nice: so richly embroidered. And their shoes were delightful: so tiny and handmade in silk. But their days bored her to death…”

Instead, Princess Florizella rides her horse, Jellybean, all over the kingdom, having adventures of her own…

Florizella was friends with some princesses who had studied the Princess Rules, and behaved just as the Rules said they should. Florizella thought their hair was lovely: so golden and so very long! And their clothes were nice: so richly embroidered by devoted peasants. And their shoes  were  delightful:  so tiny and handmade in silk! But their days bored her to death!

In the morning, they got up, washed their faces, and put lotion on their cheeks and on their hands and on their noses. Then it was time for breakfast. They drank hot water and

sometimes green tea. The Princess Rules were clear about breakfast: ‘Princesses live oﬀ air,’ the Rules said. They got  dressed,  and that took them hours because they wore petticoats and underclothes and beautiful gowns and overgowns and even those tall pointy hats called henins. By the time they got all that on, and did their hair, it was lunchtime.

In the afternoon, they were too tired to do anything but pluck their eyebrows.

In the evening, they said they were bored. ‘What do you do all day?’ they asked

Florizella, looking in bewilderment at her. She wore trousers and a shirt for riding, and a skirt or a dress for best.

‘I’m learning how to run the Seven Kingdoms

‘Ideas!’ They were all quite horriﬁed. ‘We don’t have ideas! We have the Rules.’

But Florizella thought that everyone should live in the size of house that they needed. So families with lots of children, or who had friends living with them, should have the biggest houses, and small families should have the smaller houses.

‘Actually, that sounds rather sensible,’ said the queen, who was sick of dusting the 134 royal rooms of the palace.

Florizella thought that  everyone  should  be paid whether they had a job or not. They should be paid to garden or think, to paint or run. Fathers could stay at home and look after

the children, and when mothers went out to interesting jobs they could come home to a clean, tidy house.

‘That would never work,’ said the king, who had no intention of dusting 134 rooms, not even one or two.

Florizella laughed and went out to canoe in the moat. ‘You know, she’s not like a regular princess at all,’ the king complained to the queen. ‘I think you must have gone very badly wrong somewhere.’

‘She’ll ﬁnd her own way, in her own time,’ the queen said comfortably. ‘And surely, since she’s a princess born and bred, she’ll just naturally come to the Princess Rules in time? Won’t she?’

Giveaway: Order of Darkness: Changeling (US Only)

This book looks great, looking forward to reading it!

PG is my favorite author EVER and I'm thrilled that she's written a book for my kids!! Thank you so much for sharing!

0
PG is my favorite author EVER and I'm thrilled that she's written a book for my kids!! Thank you so much for sharing!
Cancel Update Comment

I love the bright and fun cover. The synopsis tells me I will have fun reading ahead.

0
I love the bright and fun cover. The synopsis tells me I will have fun reading ahead.
Cancel Update Comment

The cover is bright and fun. I'd like to ride around with Princess Florizella having adventures....

0
The cover is bright and fun. I'd like to ride around with Princess Florizella having adventures....
Cancel Update Comment
How to resolve AdBlock issue?
X