Spotlight on The Point (John Dixon), Excerpt, Plus Giveaway! Today we're excited to spotlight The Point by John Dixon.

Read on for more about John and his book, an excerpt, plus an giveaway! 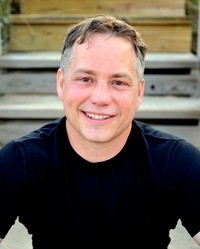 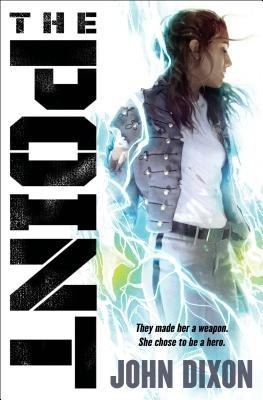 What if you had a power you had to hide from everyone--until now? In this bold sci-fi action thriller, a secret training program at West Point is turning misfits into a new generation of heroes.

Scarlett Winter has always been an outsider, and not only because she's a hardcore daredevil and born troublemaker--she has been hiding superhuman powers she doesn't yet understand. Now she's been recruited by a secret West Point unit for cadets with extraordinary abilities. Scarlett and her fellow students are learning to hone their skills, from telekinetic combat to running recon missions through strangers' dreamscapes. At The Point, Scarlett discovers that she may be the most powerful cadet of all. With the power to control pure energy, she's a human nuclear bomb--and she's not sure she can control her powers much longer.

Even in this army of outsiders, Scarlett feels like a misfit all over again, but when a threat that endangers her fellow students arises from the school's dark past, duty calls and Scarlett must make a choice between being herself and becoming something even greater: a hero.

Senator Wesley Ditko said, “but you leave here as men and women.”

was typically beautiful in the Philadelphia suburbs, but

today the sun beat down mercilessly on the 411 graduating seniors

seated before the stage. Their suffering families sagged along open

and bespectacled, sat ramrod straight on the top bleacher, watching

the proceedings with a stony face that betrayed neither pride nor

fanning herself with the graduation program. She shifted in her

seat and whispered to her son.

father but failed to replicate the man’s stoicism. He beamed, proud

and relieved. His kid sister actually was going to graduate after all.

“A plane in its hangar is safe,” Senator Ditko said, and smiled

down at the fidgeting seniors, pausing to make eye contact with the

valedictorian: his daughter. “But planes aren’t meant to sit in hangars.

Ladies and gentlemen, you are clear for takeoff. Spread your wings

Principal Santana returned to the microphone, her face shining

stumbled coming up the stairs but caught himself and gave the

One by one, students crossed the stage. Whatever each had

or scholar, geek or dullard, stud or square—it

now. He or she had run the gauntlet, surviving the thirteen years of

Mrs. Winter fanned her face, which grew redder with each passing

Mrs. Winter tucked the makeshift fan into her purse and grabbed

the hands of her husband and son. “Here we go.”

After all these years, all these worries—troubles

problems with police and endless emergency room visits in which

nurses cooed over her pretty daughter, the girl with a wild streak, a

Wild but sweet, her Scarlett. Always sweet and loving, full of kindness.

Mrs. Winter loved her husband and son, but they were cold and

as her own father had been. Not Scarlett. Scarlett was her

heart, her only warmth in the Winter household.

The long suffering was finally over. At last, a new beginning.

Mrs. Winter laughed and leaned forward, her vision blurry with

There was a brief pause.

From the student seating, choppy bursts of laughter rattled like

No one stood. No one climbed the stairs. No one crossed the

More laughter rippled through the crowd, and for a frantic second

Mrs. Winter feared she might join in with a peal of hysterical

boy whooped loudly, charged up the stairs, and

Frisbeed his mortarboard into the applauding crowd.

Mrs. Winter dropped her face into her hands and sobbed.

Master Sergeant Winter, his mouth a grim slash across his sunburned

face, stood and nodded to his son. Together they took Mrs.

Winter’s arms and helped her to her feet. If not overtly sympathetic,

the men were inarguably gentle and protective. Fiercely so, even.

As the family made its slow descent, people turned to watch

straight ahead, betraying nothing.

The eyes of the broad-shouldered

Marine, however, burned with

rage. Marching stiffly toward the parking lot, he growled, “Where the

If a misfit can't be turned into a hero I-just-don't-know-what!

0
If a misfit can't be turned into a hero I-just-don't-know-what!
Cancel Update Comment

I like the cover. The story sounds intriguing and suspenseful.

I like the mysterious cover. This book sounds thrilling and suspenseful.

I like the design of the book cover. I think this story sounds like a good sci-fi action thriller.

0
I like the design of the book cover. I think this story sounds like a good sci-fi action thriller.
Cancel Update Comment
How to resolve AdBlock issue?
X