Spotlight on The Last Dragon (James Riley), Plus Guest Post & Giveaway! ~ (US Only) Read on for more about James, an guest post, plus an giveaway! 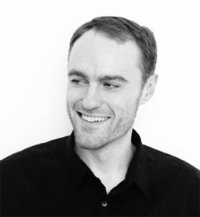 JAMES RILEY lives in Virginia. He is the author of Half Upon a Time, Twice Upon a Time, and Once Upon the End as well as the Story Thieves series. Visit him online at james-riley-author.tumblr.com or on Twitter @_JamesRiley_. 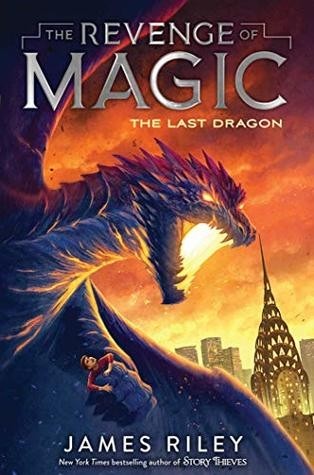 Fort Fitzgerald is determined to uncover the truth, but a new student at school and the secrets he has to keep complicate matters in this second novel in a thrilling new series from the author of the New York Times bestselling Story Thieves!

Fort Fitzgerald can’t stop having nightmares about the day his father was taken from him in an attack on Washington, DC. In these dreams, an Old One, an evil beyond comprehension, demands the location of the last dragon. But other than some dragon skeletons dug up with the books of magic on Discovery Day, Fort has never seen a dragon before. Could there still be one left alive?

And weirdly, Fort’s not the only one at the Oppenheimer School having these nightmares. His new roommate, Gabriel, seems to know more than he’s letting on about this dragon as well. And why does everyone at the school seem to do whatever Gabriel says? What’s his secret?

Fort’s going to need the help of his friends Cyrus, Jia, and Rachel, if he’s going to have any chance of keeping the Old Ones from returning to Earth. Unless, the Old Ones offer something Fort could never turn down…

1)    Dragons love treasure. When you’re looking for your new dragon friend, the best place to find one is usually sitting on top of a horde of treasure. Why is this? Some would say (insultingly) that dragons are just greedy, and like the sight of it. But let me tell you the truth here: Dragons eat rare minerals like gold and silver. Don’t believe me? Then explain how they can go for years without hunting for food, and instead just lie on top of huge piles of money they can’t spend, given that they’re dragons. That’s right, they eat it.

2)    Dragons are incredibly intelligent. Granted, not all of them speak our language, but dragons are still far smarter than they look (don’t use that exact compliment on them, by the way, or they’ll roast you with fire – trust me). That’s why it can take a lot of patience to befriend a dragon (not to mention being a fast runner in case things go badly). You’ll have to appeal to their mind, usually after bribing them with gold. Maybe give them a crossword puzzle, or ask them to explain quantum physics. They love that.

3)    Dragons don’t like being disturbed. This goes along with the treasure point. Imagine you’re sitting on top of a huge pile of gold (or food, in our case), but people keep coming by, trying to steal it. You’d probably get cranky every time someone popped their head in to your cave too, wouldn’t you? So be as polite as possible and make it clear up front that you don’t want any of their treasure, just in case. Now, if you happen to wake them up out of a sound sleep when you arrive? All bets are off. A cranky dragon is not one that’s going to enjoy making friends.

4)    There aren’t many dragons left. Unfortunately, though dragons have appeared in stories and cultural myths all around the world, these days there just aren’t many left. Why is that? Were they hunted down by thieves trying to take their treasure, or run out of their rightful caves by thirteen dwarfs and a hobbit? Who can say. But it’s not going to be easy to track a dragon down now. Some have even guessed that there may only be one dragon left in this world. A last dragon, you might say. I wouldn’t know about that, though.

5)    You’re not the only ones looking for dragons. This may be the most important of the five points. If magic were ever to return to our world, and, say, some hypothetical last dragon reappeared along with it, there are going to be a lot of people after it. And some of them will be not so much people as horrifying, ageless creatures of darkness. So maybe wait this one out, at least until a few more dragons show up, and there’s less demand. Just my advice.

Well, that should do it, readers! All you need to know to find your very own dragon friend. Unfortunately, all of the above only applies to adult dragons. If you find a baby dragon, that’s a whole different story … and one involving much different rules. Seriously, imagine changing a dragon’s diaper. Yikes.