Spotlight on The Jewel Thief (Jeannie Mobley), Guest Post, Plus Giveaway! ~ (US Only) Read on for more about Jeannie and her book, an guest post, plus an giveaway!

Jeannie Mobley has spent much of her life daydreaming herself into other centuries. This tendency has led her to multiple degrees in history and anthropology, and a passion for writing fiction. She is the author of three historical middle grade novels (Katerina's Wish (2012, McElderry), Searching for Silverheels (2014, McElderry), and Bobby Lee Claremont and the Criminal Element (2017, Holiday House), which have received starred reviews from Booklist, Kirkus Reviews, Publishers Weekly, and Library Media Connection. Other honors include the Willa Award, Colorado Book Award, Junior Library Guild Selection, and inclusion on numbers notable lists, including the Amelia Bloomer List for Feminist Literature, Library of Congress 52 Great Reads List, the New York Public Library Notables, the Jefferson Cup List for Historical Fiction, as well as a variety of state lists. Her favorite stories are those of ordinary people who achieve the extraordinary. She is currently a professor of anthropology and department chair at a college in northern Colorado. 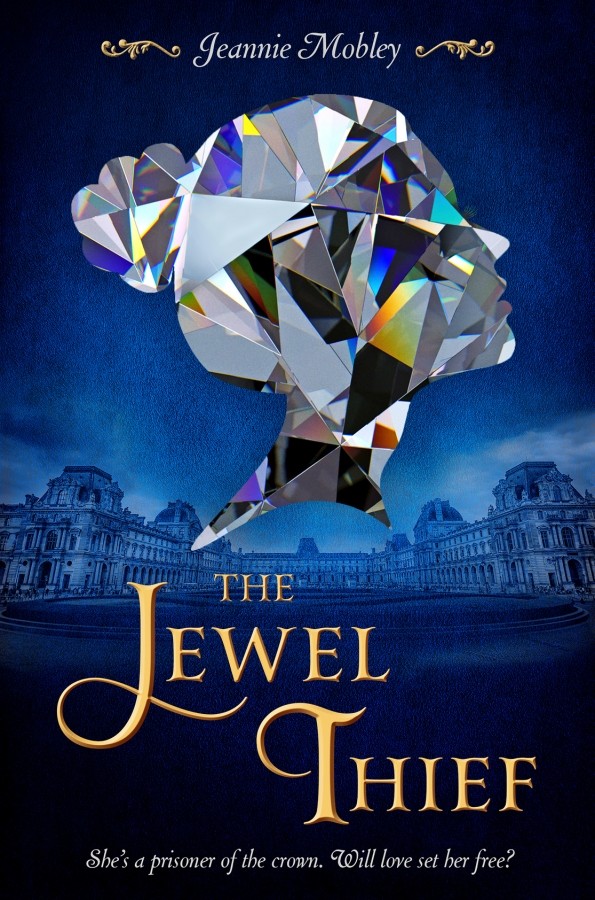 A lush, slow-burn romance set in 17th century France, and centered around the broken history of the Hope Diamond-- the high-society intrigue of Richelle Mead's Glittering Court series meets the romance of Melissa de la Cruz's Alex and Eliza.

In the depths of the Bastille, sixteen-year-old Juliet Pitau sits cold and filthy in her cell. Charged with stealing what has come to be known as the Hope Diamond from King Louis XIV, she has one final chance to convince the King that her motives were pure. If she fails, this night may be her last. Recording her confession is Rene, a scribe for the king and the man she loves. But Rene won't even look her way, let alone begin to forgive her for her betrayal of him.

Before Juliet was imprisoned, she was the daughter of the finest gem cutter in all of Paris. The young King Louis XIV hand-selected Jean Pitau to be his crown jeweler, the only man who could make him shine like the sun. When Louis purchases the Tavernier Violet, a large, deep-blue diamond the likes of which the French court has never seen, Jean is tasked with turning it brilliant. But Juliet's father has never cut a diamond quite like this--and shaping it is risky business. While Jean spirals into depression, Juliet takes it upon herself to have the diamond cut for the King. But with every misstep, she brings her family closer to ruin, and closer to probable death at morning's light once Louis casts his sentence.

Top Five Facts about Jewelry Making in the 17th Century, as Portrayed in The Jewel Thief

Tags:
Viking BYR Jeannie Mobley Author Chat giveaway The Jewel Thief
Featured Review: JUST A BOY AND A GIRL IN A LITTLE...
YA Books That Cover a Range of Mental Health Issue...

Great, you have given interesting information and experiences, I really like it.
return man 3

0
Great, you have given interesting information and experiences, I really like it. [url=http://returnman3game.net/]return man 3[/url]
Cancel Update Comment

So very very excited for this. Synopsis seems like the exact kind of book I love.

0
So very very excited for this. Synopsis seems like the exact kind of book I love.
Cancel Update Comment

I'm very excited for this book! The cover is very pretty and the synopsis is super interesting!

0
I'm very excited for this book! The cover is very pretty and the synopsis is super interesting! :D
Cancel Update Comment

The cover is beautiful. The synopsis is captivating. Sounds like an exciting read.

The cover is pretty and the synopsis sounds exciting.

0
The cover is pretty and the synopsis sounds exciting.
Cancel Update Comment

The cover is beautiful and it sounds like a good underdog story.

0
The cover is beautiful and it sounds like a good underdog story.
Cancel Update Comment
How to resolve AdBlock issue?
X