Spotlight on The Hawthorne Legacy (Jennifer Lynn Barnes), Exclusive Excerpt, Plus Giveaway! ~ (US Only) Read on for more about Jennifer, an exclusive excerpt, and giveaway! 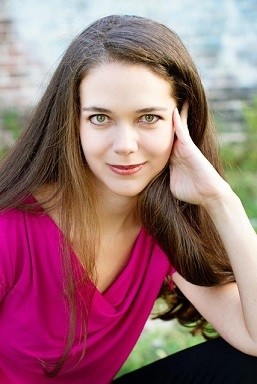 Jennifer Lynn Barnes is the New York Times bestselling author of more than twenty acclaimed young adult novels, including The Inheritance Games, Little White Lies, Deadly Little Scandals, The Lovely and the Lost, and The Naturals series: The Naturals, Killer Instinct, All In, Bad Blood and the e-novella, Twelve. Jen is also a Fulbright Scholar with advanced degrees in psychology, psychiatry, and cognitive science. She received her Ph.D. from Yale University in 2012 and is currently a professor of psychology and professional writing at the University of Oklahoma. You can find her online at jenniferlynnbarnes.com or follow her on Twitter @jenlynnbarnes. 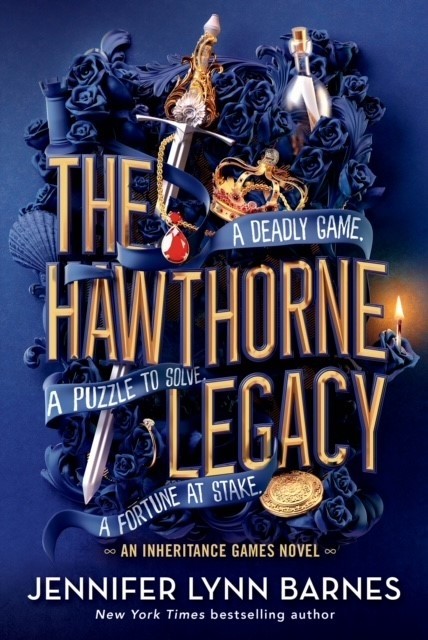 Intrigue, riches, and romance abound in this thrilling sequel to the New York Times bestselling The Inheritance Games

The Inheritance Games ended with a bombshell, and now heiress Avery Grambs has to pick up the pieces and find the man who might hold the answers to all of her questions—including why Tobias Hawthorne left his entire fortune to Avery, a virtual stranger, rather than to his own daughters or grandsons.

Thanks to a DNA test, Avery knows that she’s not a Hawthorne by blood, but clues pile up hinting at a deeper connection to the family than she had ever imagined. As the mystery grows and the plot thickens, Grayson and Jameson, two of the enigmatic and magnetic Hawthorne grandsons, continue to pull Avery in different directions. And there are threats lurking around every corner, as adversaries emerge who will stop at nothing to see Avery out of the picture—by any means necessary.

Tell me again about the first time the two of you played chess in the park.” Jameson’s face was candlelit, but even in the scant light, I could see the gleam in his dark green eyes.

There was nothing—and no one— that set Jameson Hawthorne’s blood pumping like a mystery.

“It was right after my mother’s funeral,” I said. “A few days, maybe a week.”

The two of us were in the tunnels beneath Hawthorne House—alone, where no one else could hear us. It had been less than a month since I’d first stepped into the palatial Texas mansion and a week since we’d solved the mystery of why I’d been brought there. If we’d truly solved that mystery.

“My mom and I used to go for walks in the park.” I shut my eyes so that I could concentrate on the facts and not the intensity with which Jameson locked on to my every word. “She called it the Strolling Aimlessly Game.” I steeled myself against the memory, letting my eyelids open. “A few days after her funeral, I went to the park without her for the first time. When I got near the pond, I saw a crowd gathered. A man was lying on the sidewalk, eyes closed, covered in tattered blankets.”

“Homeless.” Jameson had heard all of this before, but his laser focus on me never wavered.

“People thought he was dead—or passed out drunk. Then he sat up. I saw a police officer making his way through the crowd.”

“But you got to the man first,” Jameson finished, his eyes on mine, his lips crooking upward. “And you asked him to play chess.” I hadn’t expected Harry to take me up on the offer, let alone win.

“We played every week after that,” I said. “Sometimes twice a week, three times. He never told me more than his name.”

His name wasn’t really Harry. He lied. And that was why I was in these tunnels with Jameson Hawthorne. That was why he’d started looking at me like I was a mystery again, a puzzle that he, and only he, could solve.

It couldn’t be a coincidence that billionaire Tobias Hawthorne had left his fortune to a stranger who knew his “dead” son.

“You’re sure that it was Toby?” Jameson asked, the air between us charged. These days, I was sure of little else. Three weeks earlier, I’d been a normal girl, scraping by, desperately trying to survive high school, get a scholarship, and get out. Then out of the blue, I’d received word that one of the richest men in the country had died and named me in his will. Tobias Hawthorne had left me billions, very nearly his entire fortune— and I’d had no idea why. Jameson and I had spent two weeks unraveling the puzzles and clues the old man had left behind. Why me? Because of my name. Because of the day I was born. Because Tobias Hawthorne had bet everything on the long shot that somehow I could bring his splintered family back together.

Or at least that was what the conclusion of the old man’s last game had led us to believe.

“I’m sure,” I told Jameson fiercely. “Toby’s alive. And if your grandfather knew that—and

I know that’s a big if—but if he did know, then we have to assume that either he chose me because I knew Toby, or he somehow masterminded bringing us together in the first place.”

If there was one thing I’d learned about deceased billionaire Tobias Hawthorne, it was that he was capable of orchestrating nearly anything, manipulating nearly anyone. He’d loved puzzles and riddles and games.

“What if that day in the park wasn’t the first time you met my uncle?” Jameson took a step toward me, an unholy energy rolling off him. “Think about it, Heiress. You said that the one time my grandfather met you, you were six years old, and he saw you in the diner where your mother was a waitress. He heard your full name.”

Avery Kylie Grambs, rearranged, became A Very Risky Gamble. The kind of name a man like Tobias Hawthorne would remember.

“That’s right,” I said. Jameson was close to me now. Too close. Every one of the Hawthorne boys was magnetic. Larger than life. They had an effect on people—and Jameson was very good at using that to get what he wanted. He wants something from me now.

“Why was my grandfather, a Texas billionaire with a whole host of private chefs on call, eating at a hole‑in‑the- wall diner in a small Connecticut town that no one’s ever heard of ?”

My mind raced. “You think he was looking for something?”

Jameson smiled deviously. “Or someone. What if the old man went there looking for Toby and found you?”

There was something about the way he said the word you. Like I was someone. Like I mattered. But Jameson and I had been down that road before. “And everything else is a distraction?” I asked, looking away from him. “My name. The fact that Emily died on my birthday. The puzzle your grandfather left us—it was all just a lie?”

Jameson didn’t react to the sound of Emily’s name. In the throes of a mystery, nothing could distract him— not even her. “A lie,” Jameson repeated. “Or misdirection.”

He reached to brush a strand of hair out of my face, and every nerve in my body went on high alert. I jerked back. “Stop looking at me like that,” I told him sternly.

I folded my arms and stared him down. “You turn on the charm when you want something.”

“Heiress, you wound me.” Jameson looked better smirking than anyone had a right to look. “All I want is for you to rifle through your memory banks a little. My grandfather was a person who thought in four dimensions. He might have had more than one reason for choosing you. Why kill two birds with one stone, he always said, when you could kill twelve?”

There was something about his voice, about the way he was still

looking at me, that would have made it easy to get caught up in it

all. The possibilities. The mystery. Him.

But I wasn’t the kind of person who made the same mistake twice. “Maybe you’ve got it wrong.” I turned away from him. “What if your grandfather didn’t know that Toby was alive? What if I was the one who realized that the old man was watching me? Considering leaving the entire fortune to me?”

Harry, as I’d known him, had been one hell of a chess player. Maybe that day in the park wasn’t a coincidence. Maybe he’d sought me out.

“We’re missing something,” Jameson said, coming up to stand close behind me. “Or maybe,” he murmured, directly into the back of my head, “you’re holding something back.”

He wasn’t entirely wrong. I wasn’t built to lay all my cards on the table—and Jameson Winchester Hawthorne didn’t even pretend to be trustworthy.

“I see how it is, Heiress.” I could practically hear his crooked little grin. “If that’s how you want to play it, why don’t we make this interesting?”

“Not everything is a game,” I said.

“And maybe,” Jameson countered, eyes alight, “that’s the problem. Maybe that’s why we’re spinning our wheels in these tunnels day after day, rehashing this and getting nowhere. Because this isn’t a game. Yet. A game has rules. A game has a winner. Maybe, Heiress, what you and I need to solve the mystery of Toby Hawthorne is a little motivation.”

“What kind of motivation?” I narrowed my eyes at him.

“How about a wager?” Jameson arched an eyebrow. “If I figure all of this out first, then you have to forgive and forget my little lapse of judgment after we decoded the Black Wood.”

The Black Wood was where we’d figured out that his dead ex‑girlfriend had died on my birthday. That was the moment when it had first become clear that Tobias Hawthorne hadn’t chosen me because I was special. He’d chosen me for what it would do to them.

“And if I win,” I countered, staring into those green eyes of his, “then you have to forget that we ever kissed—and never try to charm me into kissing you again.”

“Well then, Heiress.” Jameson stepped forward. Standing directly to my side, he brought his lips down to my ear and whispered, “Game on.”

Author Of The Week: Chat with Jennifer Lynn Barnes (The Hawthorne Legacy), Plus Giveaway! ~ (US Only)