Spotlight on The Hadley Academy For The Improbably Gifted (Conor Grennan), Excerpt, Plus Giveaway! ~ (US Only) Today we're excited to spotlight The Hadley Academy For The Improbably Gifted by Conor Grennan.

Read on for more about Conor and his book, an excerpt, plus an giveaway! 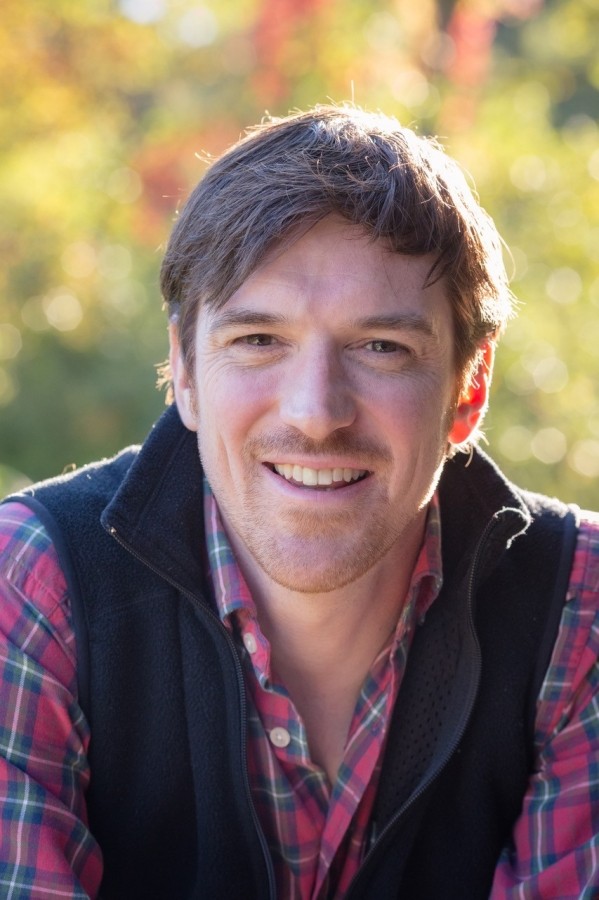 Conor Grennan is the author of the New York Times bestselling and #1 international bestselling memoir Little Princes: One Man's Promise to Bring Home the Lost Children of Nepal. The memoir shares Grennan’s humanitarian work as the founder of Next Generation Nepal (NGN), a nonprofit organization dedicated to reconnecting trafficked children with their families in Nepal. Little Princes has been shortlisted for the Dayton Literary Peace Prize, was the winner of the GoodReads 2011 Best Travel and Outdoors Award, and has been translated into 15 languages. Following publication, Grennan spoke about the book across North America and particularly enjoyed sharing his story with young people at secondary schools and colleges. For his work with the trafficked children of Nepal, Grennan was recognized by The Huffington Post as a 2011 Game Changer of the Year. In 2014, he was also named a recipient of the Unsung Heroes of Compassion, which was awarded to him by the Dalai Lama. Grennan is the dean of MBA students at the NYU Stern School of Business. Currently he resides in New Canaan, Connecticut, with his wife, Liz, and his two children, Finn and Lucy.

Meet The Hadley Academy For The Improbably Gifted! 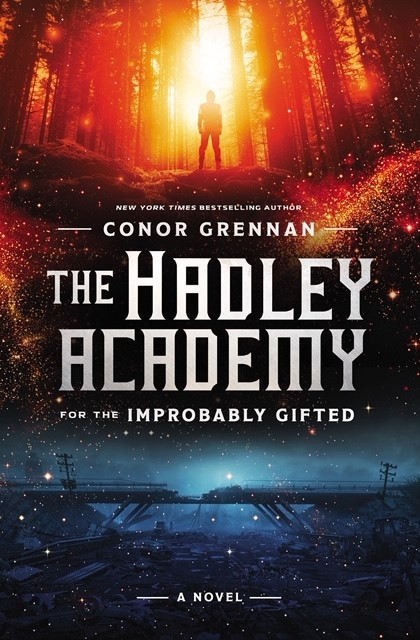 Jack Carlson is dreading a class presentation when he suddenly finds himself transported to the Hadley Academy, a secret institution that tracks teens with unlikely gifts and trains them to protect the world from an unseen squad of killers. But Jack isn't the only one who doesn't know what he's doing at Hadley. Despite indications that he is the one prophesied to end the ancient Reaper War, Jack appears to have no extraordinary abilities.

So when dark, mysterious forces grow, Hadley is in a confused panic. Much to everyone's dismay, humanity seems to depend on Jack and his new teammates. Can Hadley's rawest recruits push past personal struggles and enormous doubts, develop their dormant powers, and stop the spreading evil? And are they willing to commit to Hadley's motto, "One Life for Many," and make the ultimate sacrifice? The Hadley Academy for the Improbably Gifted might be just the place for Jack after all.

over an ice cube.

Jack faced a wall of exposed brick. It was not the inside of the

weathered red barn he had become familiar with from other teams'

simulations. Where had the Dome sent them?

"This isn't the farm," Freddy said.

Team Thirteen stood in a tall passageway, empty except for a

single wooden door and a ladder that led to a hatch high in the ceil- ing. Asha held up her arms, examining the black tactical uniform

she was suddenly wearing. Voss, on the other hand, looked like a model for Versace, in a black tux. Jack caught Asha doing a double take at him while Voss examined his mirror-shined shoes.

The adaptive fabric of the three boys' Hadley uniforms had morphed into expensive dark suits, perfectly tailored to each boy's build. Freddy's black curls were tamed in a way Jack hadn't seen since picture day in sixth grade, and Jack felt his own brown locks slicked back.

Jack's suit felt tight. Alexander, at Superior Blue's request, had given Jack a prototype blast suit that worked exactly like the other adaptive-fabric suits. Jack wasn't an improbable, and Superior Blue wanted him to have extra protection. Right now it was just uncomfortable.

Asha touched the monitor in her ear. "Can anyone hear us?

There's a glitch in the simulation. We're not on the farm."

No response. All communication was cut off in the Dome.

Jack stared at the lone door. "I think I hear people out there. A

"This must be an advanced simulation," Asha said. "It's probably an error. The Dome brought us in at the wrong time, after

"What's the Dome doing bringing us in at all?" Voss asked, stretching his arms in the stiff suit. "Jack said it didn't even know

"I said it was never going to call us in because we weren't a team," Jack corrected.

"So what changed?" Nobody knew.

Asha faced them. "Okay. Blades ready to deploy the instant you

see a threat." She glanced down at herself again. "I'm clearly the odd

one out. I think I'm supposed to go up that ladder, to get a view of

whatever is out there."

"You sure?" Voss's gaze followed the rickety ladder to the top.

"Yeah. All right. Just be careful."

"Hoods up, everyone," Asha directed. Team Thirteen took a

They pulled up the thin, transparent hoods from the back of their uniforms. Jack watched as their faces disappeared into shadow,

then became visible again. "It's not working."

"Your face is visible to your team," Asha answered. "We're still in shadow to everyone else." She grabbed the first rung of the lad- der. "You go first, Voss. The shadow reaper is in there somewhere. If it's on the other side of the door, the simulation will be over

Voss leaned into the door, hand on the knob. The three boys crouched together. Jack gripped the hilt of his blade as Voss mouthed

They slammed into a mass of humanity. Blood rushed through Jack's ears like whitewater, and the hilt of his Hadley blade slipped from his hand. He dropped to his knees and patted the ground among a forest of moving legs.

"Excuse me. Did you drop this?" A soft, unfamiliar accent. Female.

Jack rose slowly. Holding out the six-inch handle was an elegant older woman in a light green gown and an impossibly ornate hat. Jack took the hilt from her, wondering if this was a trap.

"I was just wondering where you got that gorgeous eyeglasses

case," the woman said. "My husband would love one."

Her voice was replaced by Asha in his ear. "Jack! Move!"

The Hadley Academy For The Improbably Gifted

The cover will attract your YA readers for sure, and the synopsis sounds very exciting. Thanks for sharing.

0
The cover will attract your YA readers for sure, and the synopsis sounds very exciting. Thanks for sharing.
Cancel Update Comment

I enjoy this cover which matches the exciting and suspenseful synopsis well.

0
I enjoy this cover which matches the exciting and suspenseful synopsis well.
Cancel Update Comment

The cover is stunning and the story sounds tense and original.

0
The cover is stunning and the story sounds tense and original.
Cancel Update Comment