Spotlight on The Falling in Love Montage (Ciara Smyth), Plus Guest Post! Read on for more about Ciara, plus a guest post! 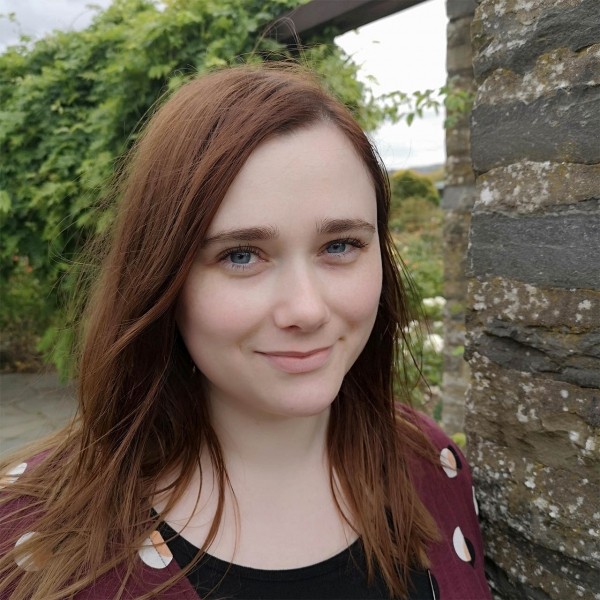 Ciara Smyth studied drama, teaching, and then social work at university. She thought she didn’t know what she wanted to be when she grew up. She became a writer so she wouldn’t have to grow up. She enjoys jigging (verb: to complete a jigsaw), playing the violin badly, and having serious conversations with her pets. Ciara has lived in Belfast for over ten years and still doesn’t really know her way around. This is her debut novel. Visit her online at www.ciarasmyth.com [ciarasmyth.com].

Meet The Falling In Love Montage! 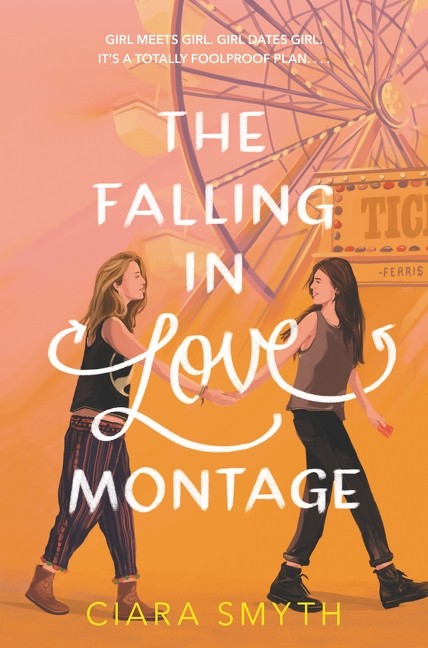 Saoirse doesn’t believe in love at first sight or happy endings. If they were real, her mother would still be able to remember her name and not in a care home with early onset dementia. A condition that Saoirse may one day turn out to have inherited. So she’s not looking for a relationship. She doesn’t see the point in igniting any romantic sparks if she’s bound to burn out.

But after a chance encounter at an end-of-term house party, Saoirse is about to break her own rules. For a girl with one blue freckle, an irresistible sense of mischief, and a passion for rom-coms.

Unbothered by Saoirse’s no-relationships rulebook, Ruby proposes a loophole: They don’t need true love to have one summer of fun, complete with every cliché, rom-com montage-worthy date they can dream up—and a binding agreement to end their romance come fall. It would be the perfect plan, if they weren’t forgetting one thing about the Falling in Love Montage: when it’s over, the characters actually fall in love… for real.

If your favourite rom-com was F/F

There are some fantastic f/f rom-coms. Imagine Me & You, But, I’m a cheerleader, and recently The Half of It. But not so long ago a film was announced that set my little lesbian heart all a-flutter.

Frankly I think we know that all our favourite rom-coms would be much better if they were like, so gay dude. All they need are a few minor tweaks.

She had a brief fling in college with Mischa (Rosanny Zayas), a no nonsense women’s baseball coach.

It didn’t really work out and as lesbians are wont to do they decided to stay friends. And yeah they sometimes snuggle or wear each other’s flannel but that’s a friend thing.

Jules is horrified to be asked to act as maid of honour in Mischa’s very sudden wedding to, to

Jules, suddenly faced with the boundaries implied by her ersatz girlfriend’s new marital status, loses her ever loving mind. She decides to break up the wedding and tell Mischa she’s loved her this whole time .

Jules’ boss and mentor, older, wiser, chain smoking gay George (Natasha Lyonne) tells her what a bad idea this is but is also entertained by the train wreck right in front of her eyes.

Jules does her best to sabotage Kimmy, but it only results in Kimmy going viral after performing a haunting acoustic rendition of Shura’s Touch at the very low key joint bachelorette party. Jules

watches Mischa sing, but Mischa only has eyes for Kimmy and it BREAKS YOUR HEART.

In spite of Mischa’s obvious adoration of Kimmy, our catastrophic heroine Jules can’t give up. They’ve been best friends for years. They’re meant to be together aren’t they? She phones George, who is in the middle of a feminist book club meeting, begging for help.  George puts down her whiskey neat and realises that Jules is about to ruin her whole life so she should probably step in. Or at least watch. She flies down to the wedding and they get super drunk at a gay bar.

George is there for Jules. George flew to the wedding. Maybe this is love? Jules tries to kiss George.

George rolls her eyes. “Sweet baby,” she says huskily, “you are a mess. You can’t be with anyone until you can learn to be by yourself.”

Jules ignores this most sage advice and decides to tell Mischa that she’s in love with her. On the day of the wedding. Because of course. She walks in on Mischa in her wedding

“Got a minute?” Jules says. “This is the worst thing I’ve ever done in my life but I need to tell you something. I love you. I’ve loved you since the day we met and I know that this is coming at a most inopportune time but I have a favour to ask you. Choose me. Marry me. Let me make you happy.”
dress and it takes her breath away.

say anything for a minute and Jules takes this opportunity to lean in for the kiss. At the last minute Mischa pulls back.

“Jules,” she says gently, “I know our relationship has crossed some lines over the years. It can be difficult to know where the boundaries are when your friends are a romantic option. But don’t you think that if we were really meant to be together we would have made it work before now? I think you’re afraid of change and being alone but that’s because you have unresolved co-dependancy issues and I think you need to work on those. But I’ll always be your best friend.”

She kisses Jules on the cheek.

The camera pans out and we see that Kimmy has watched the whole exchange from the door. She smiles because she trusts Mischa and she knows that Jules is just having a hard time and there is nothing to feel threatened by. She thinks they’ll probably be friends some day and maybe she, Mischa, Jules and Jules’ future partner can go in on a community garden plot together.

At the wedding Jules watches Mischa and Kimmy say their vows and for the first times she sees how they look at each other and knows that she doesn’t feel that way about Mischa, maybe she never has. Later at the reception, as Mischa and Kimmy slow dance and gaze into each other’s eyes, George asks Jules if she wants to dance. They spend 3 and half conflict ridden minutes, both wrestling to assume the lead.

The Falling In Love Montage

Author Chat with Kristin Cast (The Key To Fear) Plus Giveaway! ~ (US Only)

Giveaway: Pounce! A How To Speak Cat Training Guide (Gary Weitzman/Tracey West) ~ (US Only)

I love the cover, especially the colors. This book sounds fun and romantic.

0
I love the cover, especially the colors. This book sounds fun and romantic.
Cancel Update Comment

Can't wait to read this!

Such a pretty cover! Can’t wait to read!!

This story sounds amazing and the cover is super cute!

0
This story sounds amazing and the cover is super cute!
Cancel Update Comment

I'm always excited for new queer stories! Looks like it's gonna be a good one

0
I'm always excited for new queer stories! Looks like it's gonna be a good one :D
Cancel Update Comment

This book sounds so cute and the cover is adorable!!

0
This book sounds so cute and the cover is adorable!!
Cancel Update Comment
How to resolve AdBlock issue?
X