Read on for more about Elizabeth and her book, an guest post, plus an giveaway! 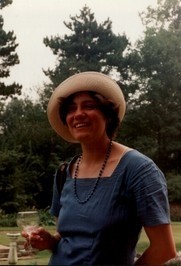 Elizabeth Wein was born in New York City, grew up abroad, and currently lives in Scotland with her husband and two children. She is an avid flier of small planes, and holds a PhD in Folklore from the University of Pennsylvania. Elizabeth is the author of Code Name Verity, winner of the Edgar Award in the Young Adult category and a Printz Medal Honor Book; Rose Under Fire, winner of the Schneider Family Book Award; and Black Dove, White Raven, winner of the Children's Africana Book Award; and The Pearl Thief, a CILIP Carnegie Award nominee Visit her online at www.elizabethwein.com. 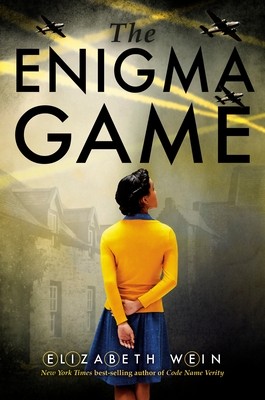 The hair stood up at the back of my neck. Those letters meant something. And with the cipher machine, I'd worked it out myself.

1940. Facing a seemingly endless war, fifteen-year-old Louisa Adair wants to fight back, make a difference, do something-anything to escape the Blitz and the ghosts of her parents, who were killed by enemy action. But when she accepts a position caring for an elderly German woman in the small village of Windyedge, Scotland, it hardly seems like a meaningful contribution. Still, the war feels closer than ever in Windyedge, where Ellen McEwen, a volunteer driver with the Royal Air Force, and Jamie Beaufort-Stuart, a flight leader for the 648 Squadron, are facing a barrage of unbreakable code and enemy attacks they can't anticipate.

Their paths converge when a German pilot lands in Windyedge under mysterious circumstances and plants a key that leads Louisa to an unparalleled discovery: an Enigma machine that translates German code. Louisa, Ellen, and Jamie must work together to unravel a puzzle that could turn the tide of the war? but doing so will put them directly in the cross-hairs of the enemy.

Featuring beloved characters from Code Name Verity and The Pearl Thief, as well as a remarkable new voice, this brilliant, breathlessly plotted novel by award-winning author Elizabeth Wein is a must-read.

Facts Behind The Enigma Game: Ten Things I Researched That Amazed Me

“Plot is character, character is plot.” I believe that! The action of my stories is generated by the people I make up. But in historical fiction, you have to dig into the reality of your time period to create your characters, and to find out how their world will affect your plot.

Here are the ten most intriguing pieces of history that I researched while I was writing The Enigma Game:

Rudolf Hess: Who would sneak out of Nazi Germany in a fighter plane to try to make a peace deal behind Hitler’s back? His Deputy Fuhrer, Rudolf Hess, that’s who. Hess ran out of fuel over Scotland, crashed, and spent the rest of his life in prison. I might have used his desperate flight as a plot point in The Enigma Game...

Caribbean Air Crew: How many men and women from the Caribbean served in the British military during World War II? About 16,000, with 500 of these in the Royal Air Force, and there were about 80 Caribbean women serving in the Women’s Auxiliary Air Force. Their struggle to fight for the “mother country” helped to inspire my heroine Louisa Adair.

The Aberdeen Blitz: London wasn’t the only city that took a beating! Aberdeen, in northern Scotland, was an easy flight from Norway for German Luftwaffe bombers. When I decided to set The Enigma Game a few miles away from Aberdeen, I had no idea that this would bring my characters directly into the firing line.

Rushen Camp: Did you know there was a special internment camp for German women living in the UK at the beginning of World War II? Me neither. Ironically, some of the internees were German Jews. There were several alien internment camps in Britain during both world wars; Rushen Camp on the Isle of Man is where The Enigma Game’s Jane Warner starts her part in the story.

The Enigma Machine: It’s the classic German code scrambler: in World War II, mastery over this machine was mastery over the enemy. It turns out that the settings for the machine were the real puzzle that needed solving, and they changed their settings every day. So I had to make sure my team of codebreakers were given the appropriate notes along with their stolen machine.

Wishing Coins: If you were a British airman in World War II, maybe you’d stick a coin in a crack in the wall of the pub before a combat mission in the air. And maybe if you made it back alive, you’d take the money out again and buy your next drink. If you didn’t make it back… the coin will still be there, eighty years later. I filled the walls of a made-up pub with wishing coins in The Enigma Game.

Gas Meters: Who knew that central heating was such hard work in mid-twentieth century Britain? Coin-op gas heaters sound incredibly dangerous. And I had to learn about coal gas, now obsolete in home heating, in order to figure out the fine details of keeping warm!

Blenheim Bombers: No, I had never heard of them either, before I assigned them to my made-up flight squadron. But it turns out that they were the most plentiful Royal Air Force plane in use when World War II began, and the first air raid of the war against Germany was made in Blenheims (yes, it was a disaster). There is only one Blenheim still flying today.

Morse Code: It’s easy enough to memorize the dots and dashes, but not so easy to figure out what they are when you’re listening to them being transmitted. I don’t think I could have written convincingly about learning Morse Code in The Enigma Game if I hadn’t tried to learn it myself.

Banned Music: The Nazis really didn’t seem to like music much. I knew they’d banned jazz; I didn’t realize they’d also banned Mendelssohn. And calypso? It never occurred to me – though it makes perfect sense – that they’d ban calypso music. All the more music for the author and her imaginary resistance team to use subversively!

Looking back at this list, the really amazing thing is not the astonishing facts a writer uncovers while doing research for historical fiction – but that these random things can all come together in an intricate plot. I hope that you enjoy reading this book as much as I enjoyed writing it.