Spotlight on The End Of The World & Beyond (AVI), Plus Excerpt! Today we're excited to spotlight The End Of The World & Beyond by AVI.

Read on for more about AVI plus an excerpt! 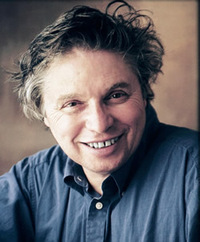 Aviis the author of many books for young readers including Catch You Later, Traitor, the Newbery Medal novelCrispin: The Cross of Lead,and the Newbery Honor books The True Confessions of Charlotte Doyle and Nothing But the Truth. He lives in Colorado. Visit www.avi-writer.com.

Meet The End Of The World & Beyond! 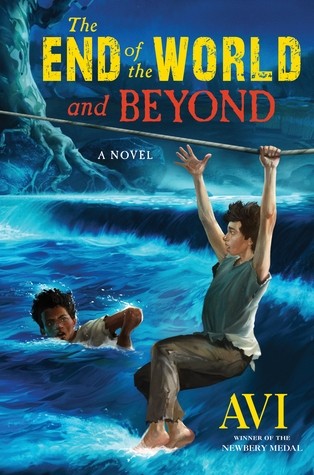 Convicted of thievery and transported from England to America, Oliver Cromwell Pitts, shackled to his fellow prisoners, endures inedible food, filthy conditions, and deadly storms on his voyage across the Atlantic. But the hazardous shipboard journey is nothing compared to the peril that waits for him on the colonial shores.

In Annapolis, Oliver’s indentured servitude is purchased by the foul, miserly Fitzhugh, who may have murdered another servant. On Fitzhugh’s isolated tobacco farm, Oliver’s only companion is an enslaved boy named Bara. Oliver and Bara become fast friends with one powerful goal: to escape Fitzhugh. Oliver hopes he can find his sister, Charity, brought somewhere in the colonies on a different ship. Bara dreams of reaching a community of free black people in the cypress swamp who may help him gain his liberty. But first the boys must flee Fitzhugh’s plantation and outrun their brutal pursuer and the dangers that lurk in the swamp.

In Which I Experience a Terrible Mid-Atlantic Storm.

The Owners Goodwill—a two-masted ship—was in the middle of the Atlantic Ocean when it shuddered and heeled hard over as if attacked by a huge sea monster. It was, in fact, a powerful storm that had swept down upon us. Its abrupt and tremendous ferocity spun our vessel and us convict passengers all topsy-turvy. Since iron chains had been clamped round our necks and then bolted to the lower deck planking, this wild whirling of the ship caused us great pain, as if we were being hanged by iron rather than rope.

In the hurly-burly, the excrement buckets broke loose and our entire area, as well as we convicts, began to stink like the filthiest of muck-pits. To add to our woefulness, some of the overhead planking sprang apart so that we

were drenched by numb-cold seawater. The darkness on our deck also meant we didn’t know the hour.

You may be sure my fellow felons and I would have much preferred the freedom to stand on the main deck to confront the danger and our God. Terror (and misery) was further enlarged because the hatchway leading up had been fastened shut in fear that we prisoners might mutiny.

“Unchain us,” someone shouted. “Let us go free,” called another. “Don’t let me perish,” I cried.

Though the tumbling of the ship continued to increase even as our yells and screams of desperation grew louder, there was no response, much less rescue. Indeed, as the clamors of the tempest became ever more riotous, and the ship’s movements still wilder, it appeared for a certainty that our ship would founder. To express our circumstance in blunter words: the Owners Goodwill was about to sink to the bottom of the sea with every one of us—including me—trapped within.

In awful anguish, my thoughts went to my home on the southern coast of England, where I was born and lived my contented youth. I thought of my beloved sister, Charity. I recalled those times I spent with my frustrating father, who liked to spurt worldly sayings. One of those expressions, “He who is born to be drowned will never be hanged,” now filled my head. For the truth is, just prior to my voyage, I had been sentenced to be hanged for thievery from the Tyburn gallows in London, England. Though I am pleased to inform you that I avoided that dread unfortunacy, it seemed as if there, in the middle of the Atlantic, I was destined to drown.

How did I—a boy of twelve years of age—ever come to be in such a desperate situation?

The End Of The World & Beyond

“The plotting is altogether laudable, the setting beautifully realized, and the characters highly empathetic. Especially good is the voice Avi has conjured for Oliver, just antique enough to evoke eighteenth-century diction and syntax. One thing is certain: it may be the end of the world, but there is no end to the pleasure Avi’s latest evokes.”

“Told in appropriately 18th-century diction, Oliver's picaresque is a harrowing page-turner that takes an unflinching look at what life was like for those living in servitude in the American Colonies.… Action-packed and inspirational—another stunner.”

The End of the World and Beyond by Avi

Spotlight on KILL ALL HAPPIES + Giveaway!

Spotlight on Approximately Yours by Julie Hammerle, Plus Excerpt & Giveaway!