Spotlight on The Babysitter's Coven (Kate Williams), Plus Guest Post & Giveaway! ~ (US Only) Read on for more about Kate, a guest post, plus a giveaway! 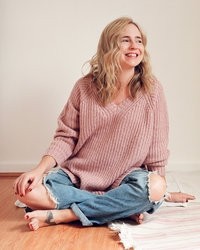 I'm a YA write or die, originally from Kansas but now living in California.

I've written for Cosmopolitan, NYLON and Seventeen, amongst other magazines, and worked with brands including Urban Outfitters, Vans and Calvin Klein.

The Babysitters Coven is my first novel, but fingers crossed it won't be my last. 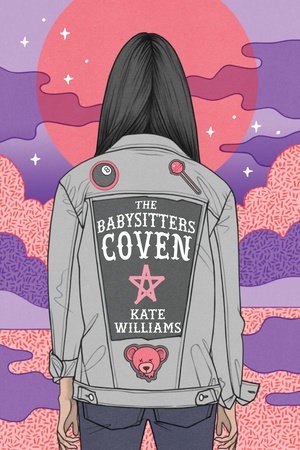 Adventures in Babysitting meets Buffy the Vampire Slayer in this funny, action-packed novel about a coven of witchy babysitters who realize their calling to protect the innocent and save the world from an onslaught of evil.

Seventeen-year-old Esme Pearl has a babysitters club. She knows it's kinda lame, but what else is she supposed to do? Get a job? Gross. Besides, Esme likes babysitting, and she's good at it.

And lately Esme needs all the cash she can get, because it seems like destruction follows her wherever she goes. Let's just say she owes some people a new tree.

Enter Cassandra Heaven. She's Instagram-model hot, dresses like she found her clothes in a dumpster, and has a rebellious streak as gnarly as the cafeteria food. So why is Cassandra willing to do anything, even take on a potty-training two-year-old, to join Esme's babysitters club?

The answer lies in a mysterious note Cassandra's mother left her: "Find the babysitters. Love, Mom."

Turns out, Esme and Cassandra have more in common than they think, and they're about to discover what being a babysitter really means: a heroic lineage of superpowers, magic rituals, and saving the innocent from seriously terrifying evil. And all before the parents get home.

The babysitter has always been a pop culture trope on the page and on screen, and some of her (and the babysitter is almost always a her) most notable appearances have been in horror movies. Sure, sometimes she’s a victim, but she’s also often the one who fights back, the one who picks up a knife (or whatever else was handy) and goes to town on a psychopath or demon to protect herself, her friends and her charges. I always found this interesting, and felt like it was the beginning of its own story. What if the babysitter was so suited to being a heroine because she had spells and superpowers? What if it was her job to protect the world? What if the babysitter was really a witch, so instead of a club, she had a coven?

For a long time, The Babysitters Coven was my joke book. While I labored away on other, more “serious” topics, I’d laughingly tell people that someday I was going to write a book with that very title. It just seemed so obvious, and so perfect, that I assumed someone, somewhere, had written it.

And after a few years, as my other ideas languished and went nowhere, I finally decided that someday, somebody was going to write The Babysitters Coven, so it might as well be me.

Here are the top five babysitting tales that inspired my joke-turned-very-real book.

Ann M. Martin’s epic series about five teenage girls who join forces to start a babysitting club was the required reading of my own teen years. I admired Claudia Kishi for her clothes and Dawn Schafer for being from California (hey, I’m from Kansas and California seemed very exotic). I hid the books in my text books so I could read them at school, and my friends and I even tried to start our own babysitting club, which unfortunately disbanded when the club leader got grounded.

John Carpenter’s genre-defining slasher flick was originally called The Babysitter Murders. High-school student Laurie Strode is babysitting on Halloween when mental patient Michael Myers—locked up for killing his sister on the same night 15 years earlier—escapes from the asylum. Screams and gore abound, but one of my favorite scenes is when Laurie runs into her babysitting charge, Tommy, on the way to school. “You coming over tonight?” he asks her. “Same time, same place,” she says, responding with the nonchalant confidence of someone who babysits not just because she has to, but because she likes it.

Inspired by the truly terrifying urban legend of a babysitter who puts the children to bed and starts to get calls from an unknown man, urging her to “Check the children.” At first, she dismisses the calls as a prank, but when the man keeps calling, she calls the police. The police trace the calls, and find out that the call is coming from inside the house!!! As you can imagine, nothing good happens after that.

In this classic ‘80s the-parents-are-away-so-the-kids-will-play caper, 17-year-old Chris Parker gets talked into babysitting on a night when her lame-o boyfriend has stood her up. When Chris gets a panicked call from her best friend Brenda, who’s run away to the bus station, she loads her babysitting charges in the family station wagon and heads downtown to pick her up. Bad idea, Chris, bad idea. Shootings, stolen cars, cat-sized rats, blues clubs, gang fights, frat parties and, ultimately, a cute college boy follow. So maybe, all in all, not a totally bad night?

No spoilers, but GTFO of the house already! And take the children!!!