Spotlight on The Amelia Six (Kristin L Gray), Guest Post, Plus Giveaway! ~ (US Only) Read on for more about Kristin and her book, an guest post, plus an giveaway! 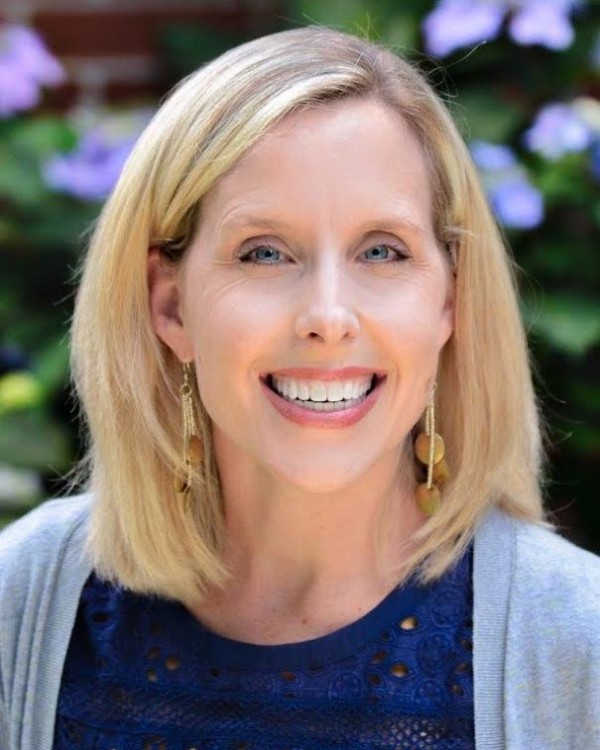 Kristin L. Gray is the author of Vilonia Beebe Takes Charge (which Publishers Weekly called a “sensitive and uplifting coming-of-age journey”) and The Amelia Six. Kristin loves to read, walk her dogs, and eat cake for breakfast. Her fourth-grade self would never believe she has five children, two dogs, one fish, a bearded dragon, and a shy gecko. She lives in northwest Arkansas. To learn more about Kristin, or to send her a cake, visit her online at KristinLGray.com. 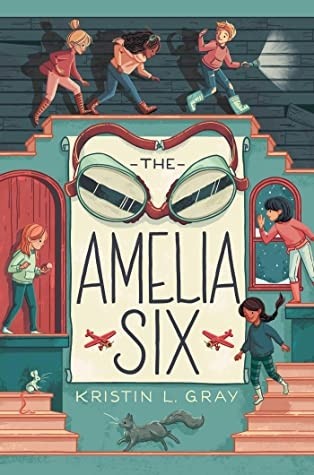 Amelia Earhart’s famous aviator goggles go missing and eleven-year-old Millie has to find them before the night is over in this girl-powered middle grade whodunit.

Eleven-year-old Amelia Ashford—Millie to her friends (if she had any, that is)—doesn’t realize just how much adventure awaits her when she’s given the opportunity of a lifetime: to spend the night in Amelia Earhart’s childhood home with five other girls. Make that five strangers. But Millie’s mom is a pilot like the famous Amelia, and Millie would love to have something to write to her about…if only she had her address.

Once at Amelia’s house in Atchison, Kansas, Millie stumbles upon a display of Amelia’s famous flight goggles. She can’t believe her good luck, since they’re about to be relocated to a fancy museum in Washington, DC. But her luck changes quickly when the goggles disappear, and Millie was the last to see them. Soon, fingers are pointing in all directions, and someone falls strangely ill. Suddenly, a fun night of scavenger hunts and sweets takes a nosedive and the girls aren’t sure who to trust. With a blizzard raging outside and a house full of suspects, the girls have no choice but to band together. It’s up to the Amelia Six to find the culprit and return the goggles to their rightful place. Or the next body to collapse could be one of theirs.

Here are the Top 5 Most Interesting Things Readers Should Know About Amelia Earhart:

Amelia Earhart is famously known for being the first woman to fly nonstop across the Atlantic Ocean and for later on mysteriously disappearing on the last leg of her around-the-world attempt. However, there is more than meets the eye to this groundbreaking aviator and legend. Did you know . . .

1) Growing up, Amelia kept a scrapbook of newspaper clippings about women who were successful in predominantly male-oriented fields.

2) After graduating high school, Amelia volunteered as a nurse aid with the Red Cross during WW1 and the Spanish flu epidemic. She was hospitalized herself and took a break from college to recover. She used this time to teach herself mechanics and the banjo.

3) She was a bit of a rebel during her time at Columbia University:

"I was familiar with all the forbidden underground passageways which connected the different buildings of the University. I think I explored every nook and cranny possible. I have sat in the lap of the gilded statue which decorates the library steps, and I was probably the most frequent visitor on the top of the library dome. I mean the top".  (From her memoir The Fun of It, p. 22).

Amelia atop the Low Library dome at Columbia University: https://blogs.cul.columbia.edu/rbml/2011/07/14/amelia-earharts-adventurous-side/

5) She worked odd jobs to support her flying lessons—from truck driver to photographer to stenographer—but most notably as a social worker in Boston to immigrant children.

Bonus fact: Amelia Earhart was the first woman in history to be awarded the Distinguished Flying Cross.

I love the cover! Sounds like an awesome addition to anyone's library!

i can't wait to give this book to my niece!

0
i can't wait to give this book to my niece!
Cancel Update Comment

The cover is so cute! This seems like a great story.

The cover is clever and adorable and matches this mysterious synopsis.

0
The cover is clever and adorable and matches this mysterious synopsis.
Cancel Update Comment