Spotlight on The Afterlife of the Party (Marlene Perez), Guest Post, Plus Giveaway! ~ (US Only) Today we're excited to spotlight The Afterlife of the Party by Marlene Perez.

Read on for more about Marlene and her book, an guest post, plus an giveaway! 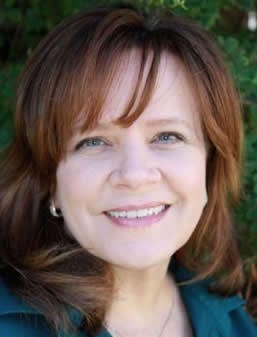 MARLENE PEREZ is the author of many books, including the Dead Is series, The Comeback, Love in the Corner Pocket, and Unexpected Development, an ALA Quick Pick for Reluctant Young Adult Readers. She lives in Orange County, California.

Meet The Afterlife of the Party! 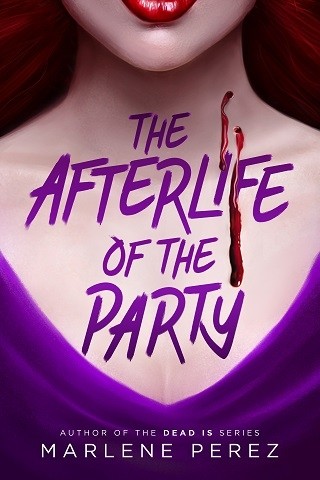 I didn’t even want to go to the party.

Seriously, I’d rather have stayed home with my librarian-witch grandmother and her mystical book club than go. But my best friend Skyler begged me. So I went.

Not only was there something very strange about the band, but the lead singer bit me afterwards. And then took off with Skyler.

Now I’m chasing down a band of dangerous vamps with my best guy friend Vaughn―the boy I’ve been secretly crushing on forever.

But anything can happen on the road.

I thought all I wanted was for things to change with Vaughn. For him to finally see the real me. But this wasn’t what I had in mind…

Superstitions are a way for us to make sense of the world, to explain what confuses us, what frightens us, and what often seems to be unexplainable. Vampire superstitions seemed to fall into two main categories: the powers vampires had and how to repel those powers. I was almost certain that most of us can name three things that vampires were vulnerable to, like sunlight, garlic, and wooden stakes. In my novel The Afterlife of the Party, the main character Tansy fought off vampires using a variety of traditional and not-so traditional methods.

My main character in The Afterlife of the Party, Tansy Mariotti, was a pale redhead who met up with a band of vampires and her life was never the same. Did you know that Ancient Greeks believed that redheads became vampires after they died? I decided that Tansy would have red hair after reading about this superstition.

Why were vampires vulnerable to sunlight? Some research indicated that this superstition was linked to porphyria, a very real blood disease because one of the symptoms was sensitivity to light. Not all vampires were allergic to sunlight, but mine were. “Musicians and vampires had a similar schedule— sleep all day, up all night—which was convenient if, like The Drainers, you were vampires in a band.”

Why garlic instead of some other root vegetable? In vampire stories, garlic was used to repel vampires, but why? Garlic was pungent and vampires were often depicted as having enhanced senses, including a superior sense of smell. A vampire in The Afterlife of the Party described Tansy like this “You smell like strawberries, too,” he said, inhaling deeply. “And vanilla.”

And finally, one of the most common superstitions about vampires was that a stake to the heart would destroy them. Logically, that would kill a human, too as one of my characters pointed out with this “…a stake through the heart really did kill a vampire, but, as Granny said, “It’d kill anybody else, too.”

When I was writing The Afterlife of the Party, I had vampires and the vampire superstitions surrounding these paranormal creatures on the brain. Something minor happened, at least in the greater scheme of things, but I immediately created my own superstition to account for the strange and frightening occurrence. There was a shortage of my favorite diet soda and my brain immediately explained this by deciding that the vampires were messing with my caffeine supply. But why? If you read my new teen vampire novel, you’ll find out.

The Afterlife of the Party

This cover is seems to promises a lot of glitz and glam. The synopsis is fun and drama-filled. Sounds like a great combinations of witches and vampires.

0
This cover is seems to promises a lot of glitz and glam. The synopsis is fun and drama-filled. Sounds like a great combinations of witches and vampires.
Cancel Update Comment

Love the cover, this sounds like an awesome book!

What a fun story and a very eye-catching cover!

0
What a fun story and a very eye-catching cover!
Cancel Update Comment

The cover matches this exciting synopsis.

The cover looks pretty cool and the book sounds great!

The cover is nice and creepy and the story sounds fun.

0
The cover is nice and creepy and the story sounds fun.
Cancel Update Comment
How to resolve AdBlock issue?
X