Spotlight on Spies, Lies, and Allies: A Love Story by Lisa Brown Roberts, Plus Excerpt & Giveaway! Today we're excited to spotlight Spies, Lies, and Allies: A Love Story by Lisa Brown Roberts! Read on for more about Lisa and her book, plus an excerpt & giveaway! 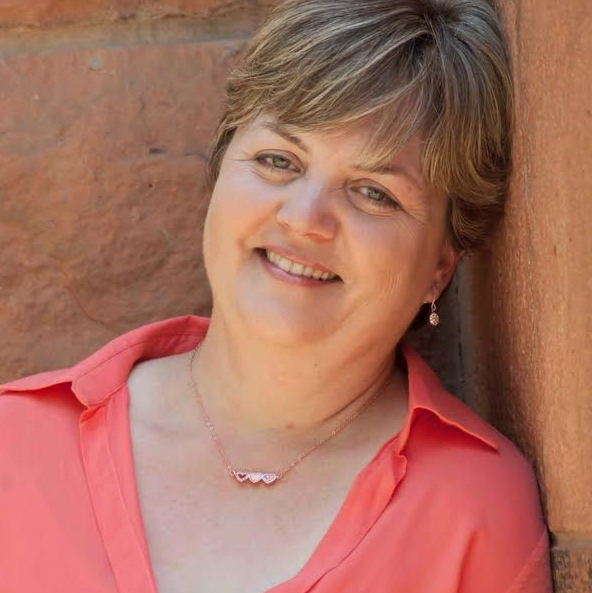 Award-winning romance author Lisa Brown Roberts still hasn’t recovered from the teenage catastrophes of tweezing off both eyebrows, or that time she crashed her car into a tree while trying to impress a guy. It’s no wonder she loves to write romantic comedies.
Lisa’s books have earned praise from Kirkus Reviews, Publishers Weekly, and the School Library Journal. She lives in Colorado with her family, in which pets outnumber people. Connect with Lisa at www.lisabrownroberts.com.
Meet Spies, Lies, and Allies: A Love Story! 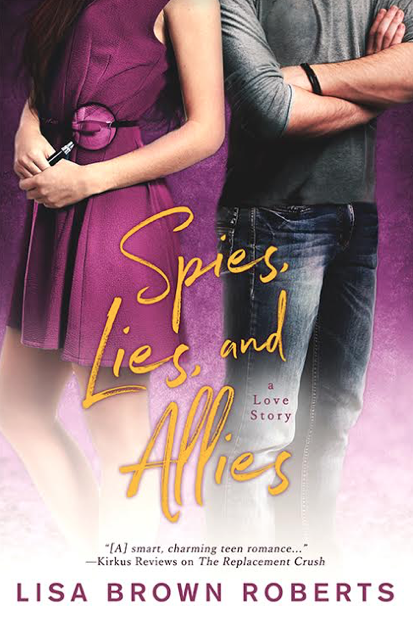 Summers are supposed to be fun, right? Not mine. I’ve got a job at my dad’s company, which is sponsoring a college scholarship competition. I just found out that, in addition to my job assisting the competing interns, I’m supposed to vote for the winner. Totally not what I signed up for.


My boss is running the competition like it’s an episode of Survivor. Then there’s Carlos, who is, well, very distracting––in a good way. But I can’t even think about him like that because fraternizing on the job means instant disqualification for the intern involved.

As if that’s not enough, an anonymous informant with insider intel is trying to sabotage my dad’s company on social media...and I’m afraid it's working.

Much as I’d love to quit, I can’t. Kristoffs Never Quit is our family motto. I just hope there’s more than one survivor by the end of this summer.

In SPIES, LIES and ALLIES, I had as much fun developing the friendships as I did the romance. I love tropes, and “opposites attract” can work in friendships as well as romance. That was true for me as a teen, and I based the “enemies to allies” friendship in this book on one of my dearest high school friendships. If you enjoy Star Wars, shenanigans, and slow-burn romance, I hope you’ll check out my latest book!

Carlos studies me intently and I’m convinced he knows I’m lying. He inhales deeply, nostrils flaring. “You’ve gone to school with him for how long?” He drums his fingers on the conference table. He should definitely become a lawyer; he could stare the truth out of criminals.

“Are you cross-examining me, counselor?”

“I’m just curious.” His cocky grin reappears, and I can’t decide which is more discombobulating—his smile or hisstare-glare.

“You and the monkey.”
His nose wrinkles, then he laughs. “Curious George? That’s me.”
The last time a guy this good-looking talked to me formore than five seconds it ended with mortification. For me, not the guy. He takes another long swig of his soda and I decide to tell him the truth. He’ll probably just find it on Google, anyway, since he’s great at research.

“I’ve known Jason since the third grade, when he transferred to Clarkson. I mean, I’ve known who he is.” Mycheeks start to burn. “Obviously he doesn’t know who I am.”

Carlos nods slowly as he scans my face. My hair. Every part of me that’s visible over the table. My skin burns under the heat of his perusal.

“Well,” he finally says, “it’s too bad you girls voted him back on the island.”
My hackles rise. “Why?”
“Because he’s obviously an idiot.”
“He’s not,” I protest. “He’s smart.” At least I hope he is, though in real life he’s never at the honor roll assemblies with me. Still, some people struggle with classwork even though they’re geniuses, like Einstein. I’m sure Jason’s brilliant at something; I just don’t know what it is. Yet.

Carlos’s eyes narrow, never leaving my face. “Not the type of smart that matters. Like remembering someone he’s gone to school with for eight years.”

I feel like I’ve just spiked a fever. I glance at the wall clock; our break is over soon. Carlos leans back in his chair,clasping his hands behind his head like we’re old friends justhanging out.

“You want to study photojournalism but...”

His wide mouth curves and I hate how my body responds, like he’s fresh spring water and I’m parched. Shields up. He flashes the dimple again, like a missile aimed straight at my protective shield.

“You started to say you want to major in photojournalism, but then you stopped yourself. Why?”

“Maybe you should major in journalism,” I say. “You definitely know how to research.” I take a deep breath. “No offense, Carlos, but you’re, uh, sort of freaking me out.”

“How so?” He unclasps his hands from behind his headand grips his chair arms, a frown knotting his forehead.

“You knew all that stuff about my dad and his company and now you’re, um, sort of putting me on the spot.”

“I don’t mean to freak you out. I’m just curious.” His eyebrows meet in a dark slash over troubled eyes.

I swallow and glance out the window, but all I see is the wall of another brick building. I’m starting to feel trapped, like Leia and the gang in the trash compactor.

Carlos tugs at his tie and suddenly stands up. “Sorry. Didn’t mean to weird you out. I’m going outside to get some air.” He shoves his hands in his pockets and exits the room before I can think of a response.

Squeezing my eyes shut, I blow out a long breath. Surviving a summer on the Death Star is going to be trickier than I thought.

One winner will receive a copy of Spies, Lies, and Allies: A Love Story, bookmark, and Princess Leia sticker (US only).

The cover is fun and has great colors. The synopsis is very interesting. Sounds like the perfect summer read.

0
The cover is fun and has great colors. The synopsis is very interesting. Sounds like the perfect summer read.
Cancel Update Comment

I love the cover. The synopsis makes me want to read this book--it has everything I love best about YA.

0
I love the cover. The synopsis makes me want to read this book--it has everything I love best about YA.
Cancel Update Comment

Like the cover and the story sounds super cute.

The cover is fun and I like the purple. The story sounds like there is a lot going on in this book.

0
The cover is fun and I like the purple. The story sounds like there is a lot going on in this book.
Cancel Update Comment
How to resolve AdBlock issue?
X