Today we're excited to spotlight Some Kind Of Animal by Maria Romasco-Moore.

Read on for more about Julie and her book, an excerpt, plus an giveaway! 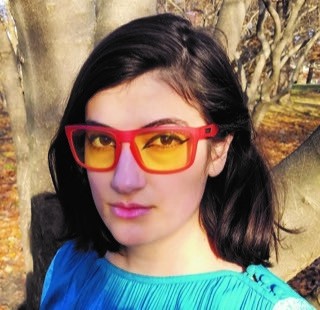 Maria Romasco-Moore is the author of Ghostographs, a collection of short stories paired with vintage photographs. Some Kind of Animal is her first novel. She is an instructor at Columbus College of Art and Design. To learn more go to mariaromascomoore.com [mariaromascomoore.com]

Meet Some Kind Of Animal! 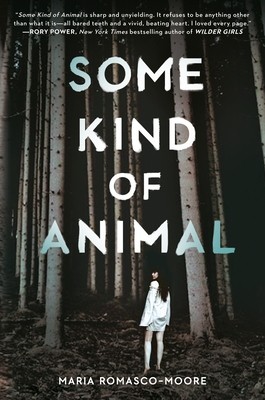 For fans of Wilder Girls and Sadie comes a new story about two girls with a secret no one would ever believe, and the wild, desperate lengths they will go to protect each other from the outside world.

Jo lives in the same Appalachian town where her mother disappeared fifteen years ago. Everyone knows what happened to Jo's mom. She was wild, and bad things happen to girls like that.

Now people are starting to talk about Jo. She's barely passing her classes and falls asleep at her desk every day. She's following in her mom's footsteps.

Jo does have a secret. It's not what people think, though. Not a boy or a drug habit. Jo has a twin sister.

Jo's sister is not like most people. She lives in the woods--catches rabbits with her bare hands and eats them raw. Night after night, Jo slips out of her bedroom window and meets her sister in the trees. And together they run, fearlessly.

The thing is, no one's ever seen Jo's sister. So when her twin attacks a boy from town, everyone assumes that it was Jo. Which means Jo has to decide--does she tell the world about her sister, or does she run?

My sister and I sit side by side in the dark. She is pulling little bones out of her heart-shaped plastic purse and tossing them down the hillside onto the empty road below.

The bones are from a rabbit she caught earlier in the night. She ran out ahead of me, and by the time I reached her, she’d al- ready stripped away most of the skin with her knife. Was gnawing on the raw flesh.

“No,” she says, wriggling her bare feet in the dirt.

The truth is I’ve given her many new dresses, but she never wears them. She prefers to wear the lace-trimmed blue party dress I gave her when we were ten. It’s five years old now, full of rips and much too short. It only barely reaches her thighs.

“No,” she says. She sticks her tongue out at me, throws an- other bone down the hill.

I shouldn’t have said that, but she probably doesn’t even know

what the word means. I really should be home by now. The sun will be up soon.

Normally, I would be home by now, but tonight I am stalling, avoiding what I have to say.

My sister, Lee, and I don’t live in the same house. My sister doesn’t live in a house at all. She lives in the forest. She sleeps dur- ing the day and runs at night.

I snuck out this morning around three, an hour after the bar downstairs closed, half an hour after Aunt Aggie went to sleep. Aggie has raised me since I was a baby, since Mama went missing, but she doesn’t know about my sister. No one does.

No one but me.

Even I didn’t know I had a sister, until I was five. Until she ap- peared one night, coming out of the woods like a dream. I see her only in the small dark hours, when I can slip out my window, run with her through the trees, and slip back before anyone knows I’ve been gone.

I used to only manage it once or twice a week. This past sum- mer, though, Aunt Aggie was busy with her new boyfriend, and my best friend, Savannah, was busy with an endless string of them and so I went to see my sister every night. No one was paying at- tention to me. No one cared. I could sleep all day.

My sister has run out of rabbit bones, so she picks up a big rock and throws that at the road instead. It bounces down the hill, hits the asphalt, and cracks in two.

“Yes,” I say. I’m not thrilled about it either—I love running at

It’s true. I’m failing everything but chorus. If I don’t get my shit together I might have to repeat the whole ninth grade. Aunt Aggie was livid when she found out. She wanted to know what the hell was wrong with me, whether it was drugs or boys or just a relentless desire to piss her off at every opportunity. But I couldn’t tell her the real reason I’ve been sleeping through all the classes I don’t cut. The real reason I’m bone-tired constantly these days.

“You can run away,” my sister says.

Lee and I are twins. We’ve got the same build, straight up and down, though she’s far skinnier than me, skinny enough that people would probably whisper behind her back if they ever saw her, say she was anorexic or something. We’ve got the same plain face, though hers is smeared with dirt. Same mud-colored hair, except mine is chin length and hers hangs most of the way down her back in a snarled mat.

“Run away,” she says again, insistent.

And sure, it would be nice if it were that easy. If I could just let everything go, stop trying to be everything everyone says I’m sup- posed to be—a good girl, a normal girl, a pretty girl, a cool girl, a smart girl, a girl who gives even half a shit about school.

My sister’s never gone to school and so to be perfectly hon- est she’s kind of dumb. I mean, she’s smart in some ways, knows more about the woods than anybody, but she can only read books that don’t have too many words. I used to bring her stuff from

the library, comic books and picture books, but I’m banned now, after returning too many books with leaves pressed between the pages, dirt caked into the spines, spots of blood on the covers.

Lee bares her teeth as she scowls, then reaches out to grab my arm, but I twist away and jump to my feet. I’m cutting it way too close.

“I’ll see you Saturday night,” I say. “I’ll bring you some choco- late or something.”

Some Kind Of Animal