Spotlight on Smoke and Key (Kelsey Sutton), Excerpt, and Giveaway! Read on for more about Kelsey and her book, an excerpt, plus an giveaway! 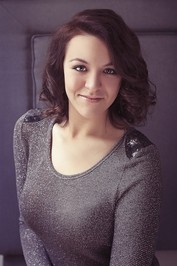 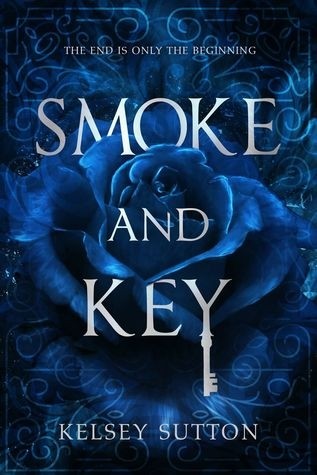 A sound awakens her. There's darkness all around. And then she's falling...

She has no idea who or where she is. Or why she's dead. The only clue to her identity hangs around her neck: a single rusted key. This is how she and the others receive their names—from whatever belongings they had when they fell out of their graves. Under is a place of dirt and secrets, and Key is determined to discover the truth of her past in order to escape it.

She needs help, but who can she trust? Ribbon seems content in Under, uninterested in finding answers. Doll’s silence hints at deep sorrow, which could be why she doesn't utter a word. There's Smoke, the boy with a fierceness that rivals even the living. And Journal, who stays apart from everyone else. Key's instincts tell her there is something remarkable about each of them, even if she can't remember why.

Then the murders start. Bodies that are burned to a crisp. And after being burned, the dead stay dead. Key is running out of time to discover who she was—and what secret someone is willing to kill to keep hidden—before she loses her life for good…

“Hello? Is s-someone there?” I manage to whisper. The words shake so badly even I can hardly understand them. I’m sitting in what appears to be a narrow alley. Everything is dirt, even the walls on either side. Lit torches appear sporadically, giving this frightening place an orange tint. The small flames sputter every few seconds, and it’s the only sound I detect around me. A faint musty smell fills my nose. I push myself up on unsteady legs and turn in a circle, searching for anything familiar or living. I cup my elbows to protect myself from terror rather than cold.

There’s movement out of the corner of my eye and I spin toward it. A face peers around the edge of the doorway. One of the torches is directly above it, casting flickering shadows over the little girl’s face. I recoil instinctively, gasping, and the girl vanishes back into the house-like structure made entirely of earth.

But it’s too late. I saw her. I saw the way her eye dangled from its socket and how her skin was half withered away.

I retreat until my back hits the wall behind me. This is a dream, I think faintly. So I squeeze my eyes shut and will myself to wake up. Nothing changes, though. Intending to run from this place and the appalling girl, I slide away from the wall and into the path.

“She won’t hurt you. Doll’s afraid of her own shadow,” a voice drones.

I let out a small cry and stagger back yet again. This time my heel catches on something and I land hard on my bottom. I frantically search for the speaker. The words came from another doorway, one opposite where I spotted the young girl. No one else appears, though, and it takes several attempts to speak again. “Who’s there?” I squeak.

Seconds pass. Then the same voice answers, “No one.”

His tone is so reasonable, so indifferent, that I’m able to gather my thoughts. Perhaps this person can help me? Swallowing, I strain to see in the gloom. “If n-no one’s there, then how are you talking to me?” I challenge, finding a bit of courage.

“Perhaps you’re talking to yourself.”

Instead of responding, I get to my feet. I dare to step closer, and when nothing leaps out or attacks, I take another. There is someone beyond the threshold—the light is just enough that I can make out the details of his appearance. It’s a boy.

He sits in a wooden chair, bent forward, wrists dangling atop his knees. Between two of his fingers is a single, unlit cigar. The holder containing it is lovely, shining white like a pearl, the edges adorned with carvings. As for the boy himself, his features are hidden, but I can see a shock of blue-black hair against the back of his neck and curling over his ear. His profile is lithe and…sad, somehow.

“Who are you?” I whisper, stopping again.

The boy doesn’t react. “Weren’t you listening?” he asks without glancing up, as though he’s carrying on a conversation with the dirt. His accent is distinctly American. “I’m no one. We’re all no one.”

Not knowing why you're dead: that's a bummer!

0
Not knowing why you're dead: that's a bummer!
Cancel Update Comment

The cover is pretty and the blue fits well with the story. The synopsis is very intriguing. Sounds like a thrilling read.

0
The cover is pretty and the blue fits well with the story. The synopsis is very intriguing. Sounds like a thrilling read.
Cancel Update Comment
How to resolve AdBlock issue?
X