Spotlight on Rival Magic (Deva Fagan), Guest Post, Plus Giveaway! ~ (US Only) Read on for more about Deva and her book, an guest post, plus an giveaway! 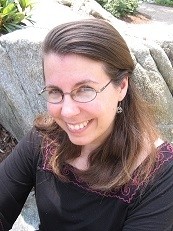 Deva Fagan is the author of Rival Magic, Circus Galacticus and other books for young readers. She lives in Maine with her husband and her dog. When she’s not writing she spends her time reading, playing video games, doing geometry, and drinking copious amounts of tea. 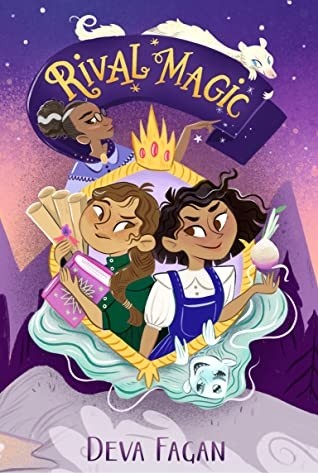 A young wizard's apprentice discovers that the best magic is not the biggest or the brightest, but the magic unique to you, in this cinematic middle grade fantasy in the tradition of Kiki's Delivery Service and The School for Good and Evil.

Antonia may not be the most powerful wizard the world has ever seen, but she's worked hard to win her place as apprentice to renowned sorcerer Master Betrys. Unfortunately, even her best dancing turnip charm might not be enough when Moppe the scullery maid turns out to be a magical prodigy. Now that Betrys has taken Moppe on as a second apprentice, Antonia's path to wizarding just got a bit more complicated.

But when Betrys is accused of treason, Antonia and Moppe are forced to go on the run. To prove their master's innocence--and their own--the rivals must become allies. As their island province teeters on the brink of rebellion, they'll face ancient spells, vengeful mermaids, enchanted turnips, voice-stealing forests, and one insatiable sea monster.

To celebrate the release of my own new middle grade fantasy adventure, Rival Magic, I wanted to share a brief excerpt, and also spotlight four other magical middle grade novels that I’ve loved recently. I’m also giving away a prize pack featuring all four of these incredible books, along with Rival Magic (see details below). 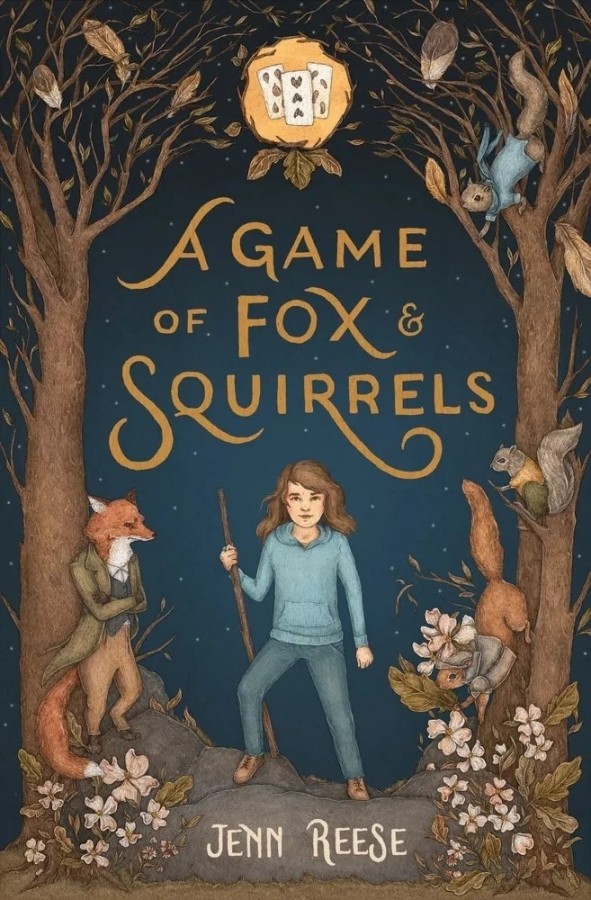 A Game of Fox and Squirrels by Jenn Reese

This gorgeous story is a contemporary fantasy, in which the fantastical elements allow the reader to explore and come to terms with heartbreaking emotional realities. Featuring a magical card game, a sly talking fox, and a brave girl learning the true meaning of home, this is a perfect modern fairy tale for anyone seeking a light to guide them through dark forests of their own. 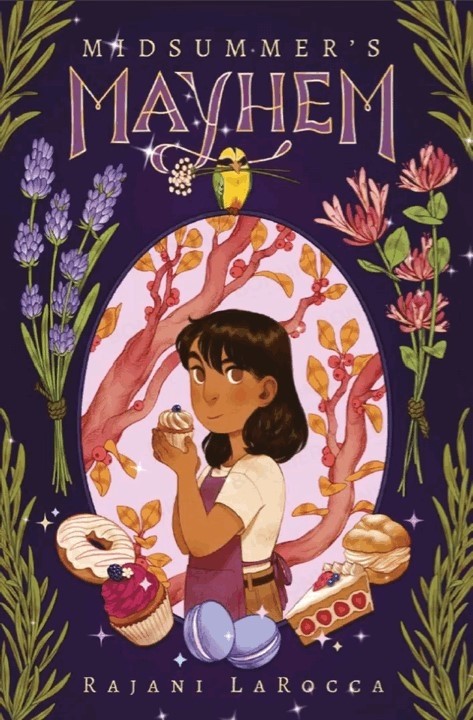 This adorable tale mixes delectable baked goods, Shakespearean references, and powerful themes of friendship, family, and heritage. I adored the main character, Mimi, who yearns to prove herself the equal of her talented siblings, and loves baking with a fierce passion. Magic is threaded through the contemporary world of this lovely, cozy book, serving as both a perilous threat, and as a means for Mimi to claim her own power and place in the world. 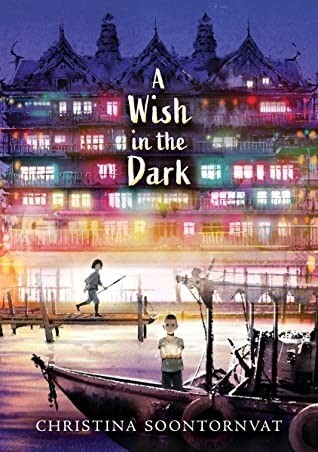 A Wish in the Dark by Christina Soontornvat

A beautiful and compelling adventure that grabbed my heart right from the first pages and didn’t let go. Set in a meticulously-detailed world full of sparkling luminaries and powerful magic only the wealthy can afford, this story doesn’t shy away from delving into questions of law and justice, poverty and inequality. 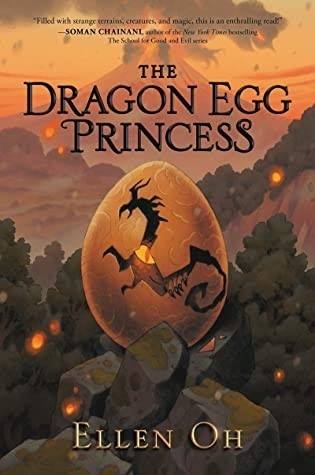 An epic adventure featuring a vivid fantastical world and a whole cast of compelling characters, ranging from an anti-magical boy to a long-lost princess struggling with her identity to a fierce bandit leader trying to do what’s right. I think fans of Princess Mononoke would especially love this book, with its enchanted forest, grotesque and beautiful creatures, and the underlying tension between the industrial and magical worlds.

And here’s an excerpt from the first chapter of my own Rival Magic...

Even with my back turned, I could feel the girl’s eyes on me. A flutter of nerves filled my belly. The whole point of practicing in the kitchen in the middle of the night was to not have an audience. But I couldn’t let Moppe rattle me. I had to focus. Returning, I propped my new turnip on the table and intoned the spell once more.

The turnip twitched. It began to roll back and forth, like a turtle tipped on its back. Only a very charitable person would have called it dancing. I snatched the thing up, ready to toss it into the fire.

Moppe arched her brows. “Are you sure you’re saying the right words?”

“If you think it’s so easy, maybe you should try it.” I snorted. Barely one in a thousand people were born with the ability to understand magespeak, let alone cast magic. Surely no untrained scullery maid could—

The purple root in my hand twitched, wriggling like a captive beetle. Startled, I let it fall. It jigged gracefully off across the worn kitchen floor.

“Ooh! It worked!” Moppe clapped her hands together, looking delighted.

My insides crumpled in shock. I’d been struggling for hours. Days. And now some kitchen girl marches in and casts it perfectly, her very first time? Was this a joke? A trick of some sort?

With a loud thump, one of the storage crates suddenly tipped over, loosing a tide of purple roots. Dozens of turnips scattered across the kitchen floor, some the size of my thumb, others nearly as large as my head.

And all of them were dancing.

ONE WINNER will receive a hardback copy of RIVAL MAGIC, along with one copy each of: MIDSUMMER'S MAYHEM by Rajani LaRocca, THE DRAGON EGG PRINCESS by Ellen Oh, A GAME OF FOX AND SQUIRRELS by Jenn Reese, and A WISH IN THE DARK by Christina Soontornvat ~ (US Only)

The book looks great! Looking forward to reading it!

This cover is so stinking cute!!!

0
This cover is so stinking cute!!!
Cancel Update Comment

This book cover is instantly appealing. It draws me right into the action, and I especially want to know--what's that turnip all about? Great story synopsis and excerpt. I think my daughter would love it! I especially liked, "Only a very charitable person would have called it dancing." Charming! A book filled with middle-grade magic and intrigue...and turnips. Who could ask for more?

0
This book cover is instantly appealing. It draws me right into the action, and I especially want to know--what's that turnip all about? Great story synopsis and excerpt. I think my daughter would love it! I especially liked, "Only a very charitable person would have called it dancing." Charming! A book filled with middle-grade magic and intrigue...and turnips. Who could ask for more?
Cancel Update Comment

The cover is so much fun. This book will be exciting to read.

0
The cover is so much fun. This book will be exciting to read.
Cancel Update Comment

The cover is really fun. The story sounds suspenseful and action-packed.

0
The cover is really fun. The story sounds suspenseful and action-packed.
Cancel Update Comment
How to resolve AdBlock issue?
X