Read on for more about Terri and her book, plus an excerpt & giveaway! 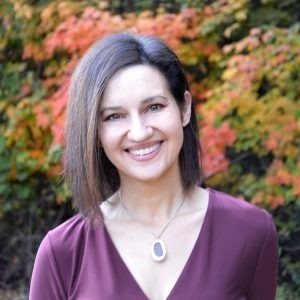 As a kid, Terri Libenson was labeled a “good artist.” She’s thankful it was a nice label because it stuck. Since then, she’s acquired other nice ones, like “mom,” “writer,” and “unicycle daredevil” (okay, she wishes). Terri is the Reuben Award–winning cartoonist of the internationally syndicated comic strip The Pajama Diaries and was a longtime writer of humorous cards for American Greetings. Terri lives with her husband and two daughters in Cleveland, Ohio. Award-winning comics creator and author of the bestselling Invisible Emmie Terri Libenson returns with a companion graphic novel that captures the drama, angst, and humor of middle-school life. Perfect for fans of Raina Telgemeier, Jennifer Holm, and Victoria Jamieson.

Middle school is all about labels.

Izzy is the dreamer. There’s nothing Izzy loves more than acting in skits and making up funny stories. The downside? She can never quite focus enough to get her schoolwork done.

Bri is the brain. But she wants people to see there’s more to her than just a report card full of As. At the same time, she wishes her mom would accept her the way she is and stop bugging her to “break out of her shell” and join drama club.

The girls’ lives converge in unexpected ways on the day of a school talent show, which turns out to be even more dramatic than either Bri or Izzy could have imagined.

First of all, let’s get the name thing out of the way. My older sister, Danielle, started calling me Izzy when we were little. Not because my real name is Isabelle or Isabella or anything. It’s because of a knock-knock joke that I made up and repeated over and over to anyone I’d meet. 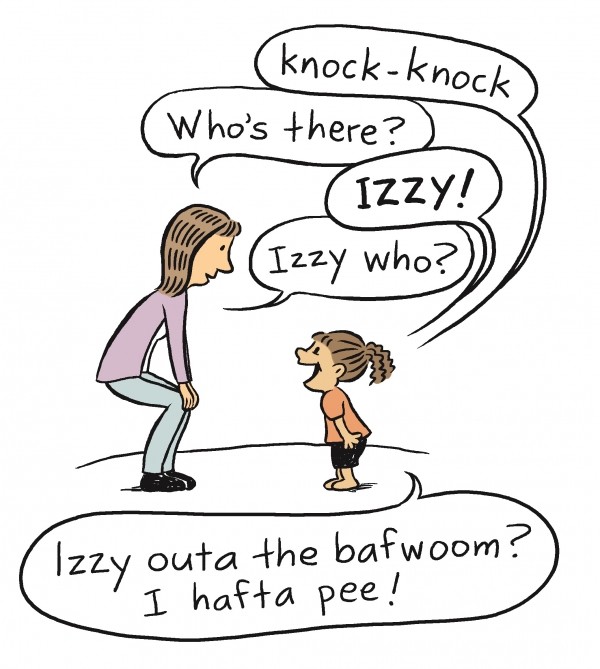 My mom thought the name was cute and started calling me Izzy. Then Ashley did. Then my classmates did. So it stuck. I barely remember my real name. 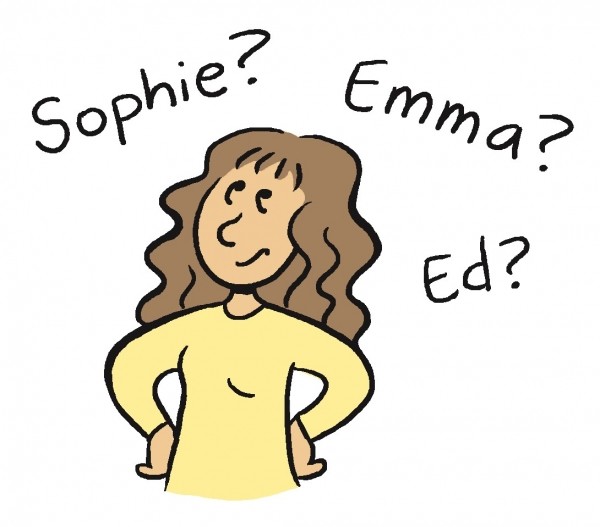 The name even grew on me. Now I kinda like it. Some people are born with a name that suits them, and others—well, they have to grow into theirs or get a new one, you know? My mom always said I look more like an Izzy than my real name, so it all makes sense. It’s a great stage name, too. 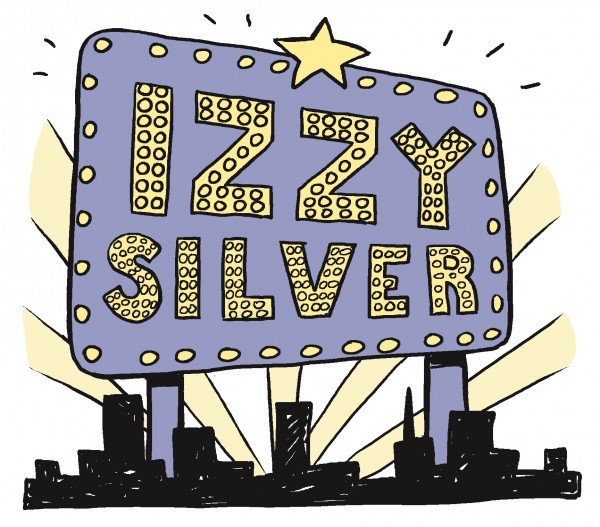 I’m the middle child. My older sister, Danielle, is a sophomore in high school and my younger sister, Ashley, is in sixth grade. 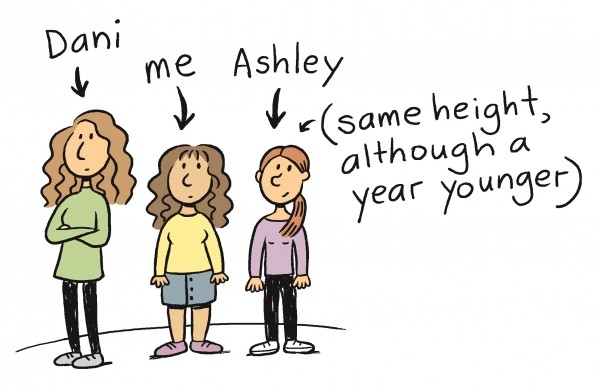 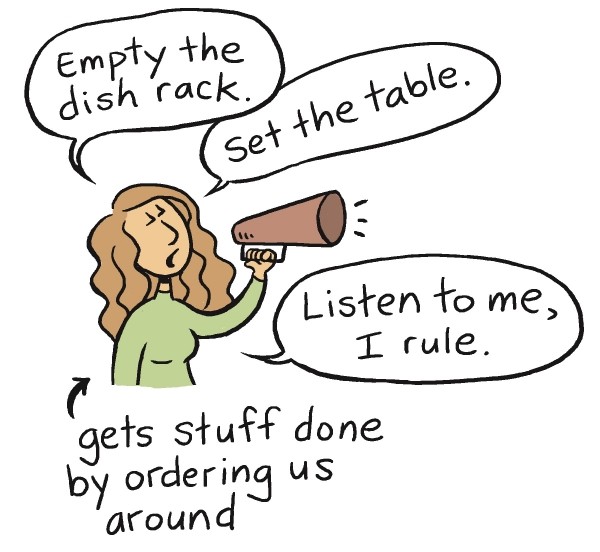 Not only is Dani bossy, but she’s mega-smart too. That and being the oldest make her think she’s our mother. 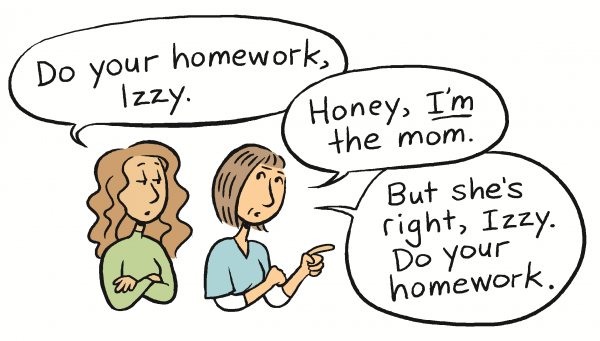 Ashley is the youngest and gets away with the most. Probably ’cause she has a way of “turning lemons into lemonade,”* as my mom says. 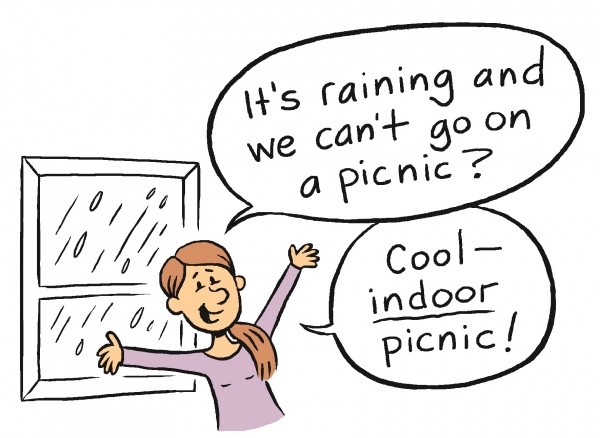 But Ash is so sweet, even I can’t resist her. Well, usually. We’re only fourteen months apart (“Irish Twins,” although we’re not Irish and not twins). We have similar minds and like to use our imaginations—mainly by making up plays and acting them out. Or pretending we’re characters from our favorite TV shows. 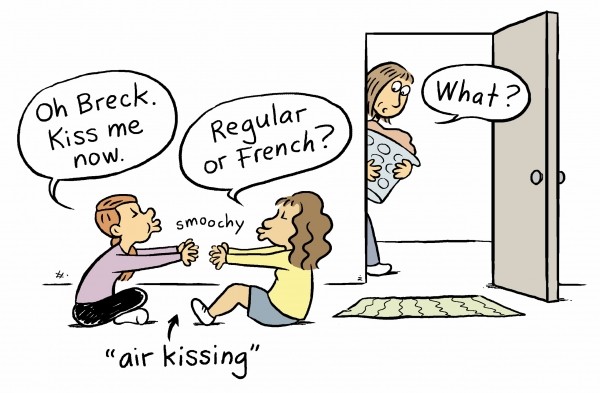 My mom is an ER nurse and raises us alone. Since she works odd shifts in a hospital and is gone a lot, my sisters and I have a ton of chores we’re responsible for. 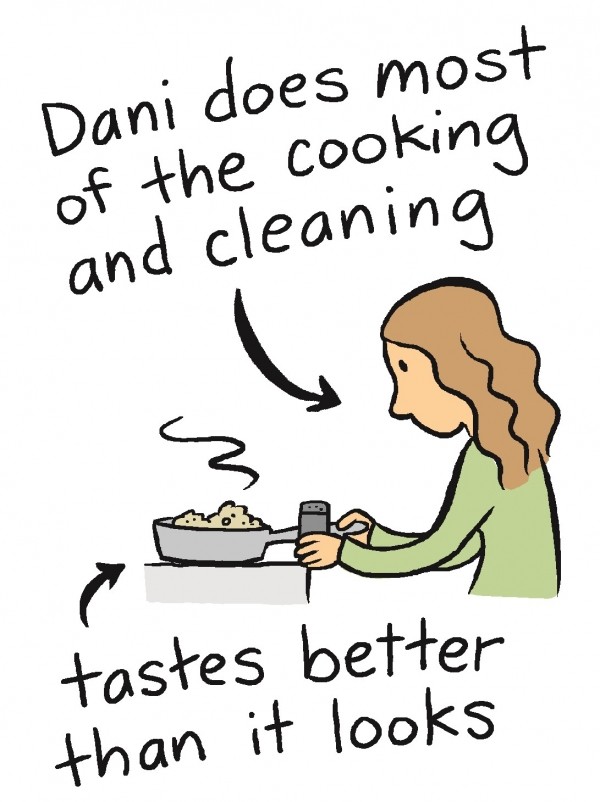 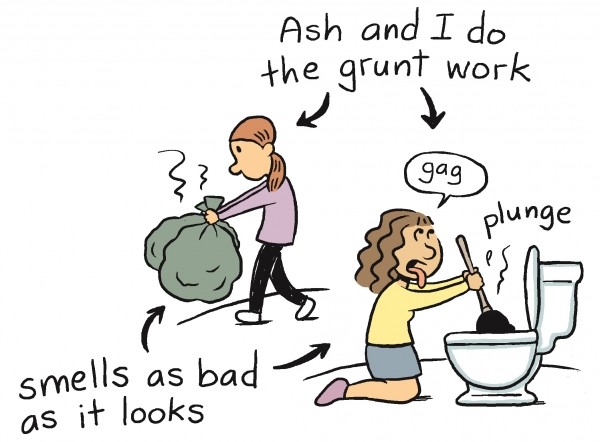 “Obedient Ash” doesn’t mind the chores. Well, she doesn’t complain, anyway. Sometimes I don’t even mind, but mostly it’s really boring or gross and I have to pretend I’m doing something more exciting to make the time go faster. 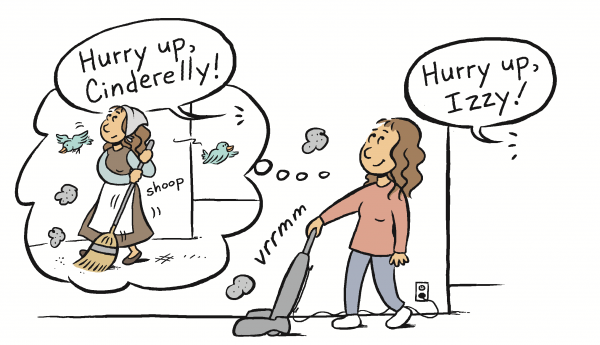 My favorite time of day is when all the chores are done and my homework (yuck) is out of the way. I have this great ritual. 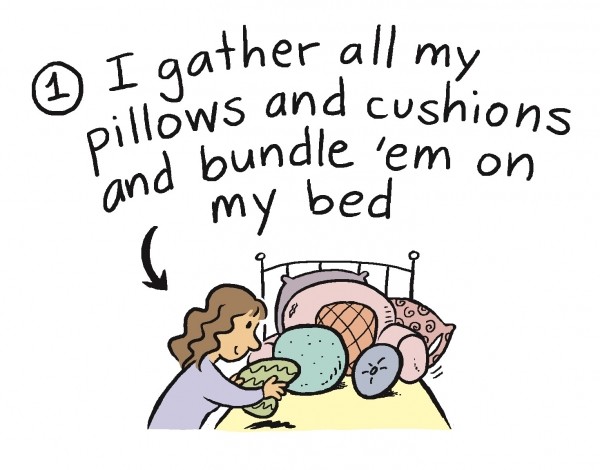 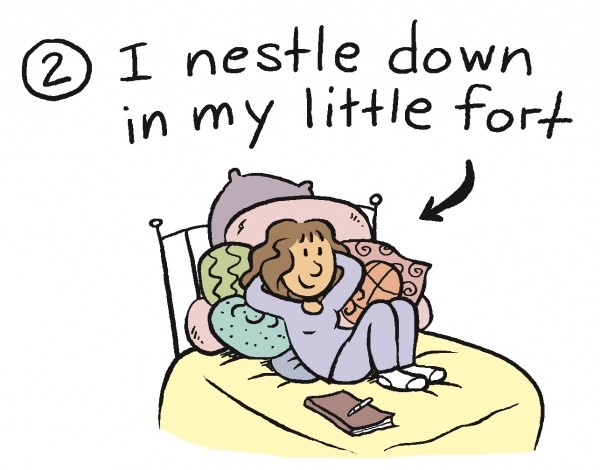 I write about my life (so far), stories I make up, and if I’m feeling especially artsy . . . I doodle. 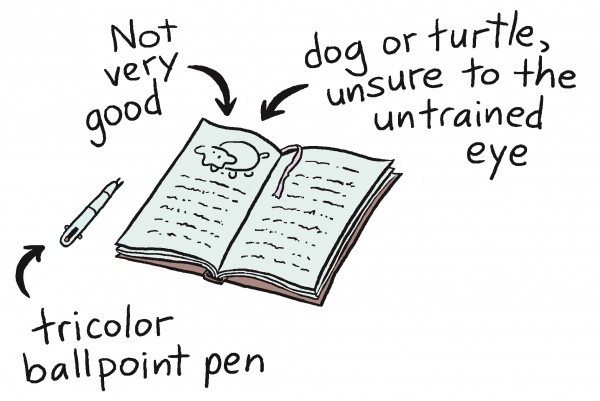 I’d rather do that than read like Dani or watch TV like Ashley (who doesn’t study as hard as Dani but still gets decent grades!).

My grades aren’t so great, which bugs my mom. She wishes I’d pay more attention in school. I wish I would, too, but there are so many more interesting things that run through my head than come out of my teachers’ mouths. 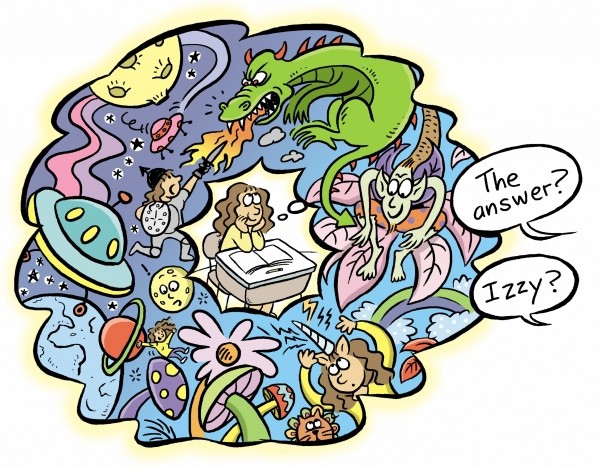 Yeah, I know I could do better if I tried. 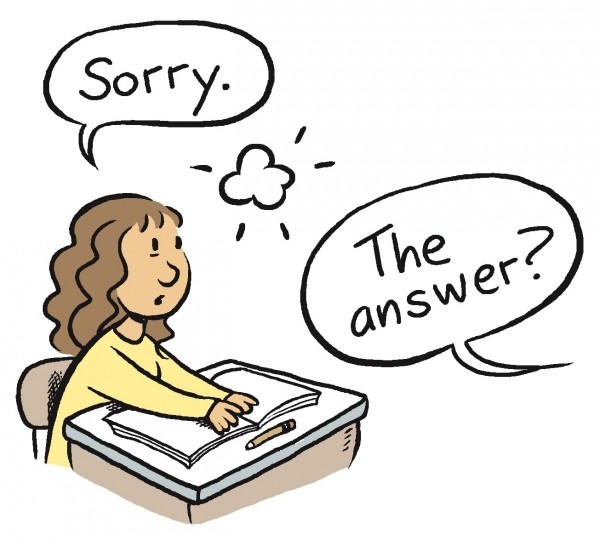 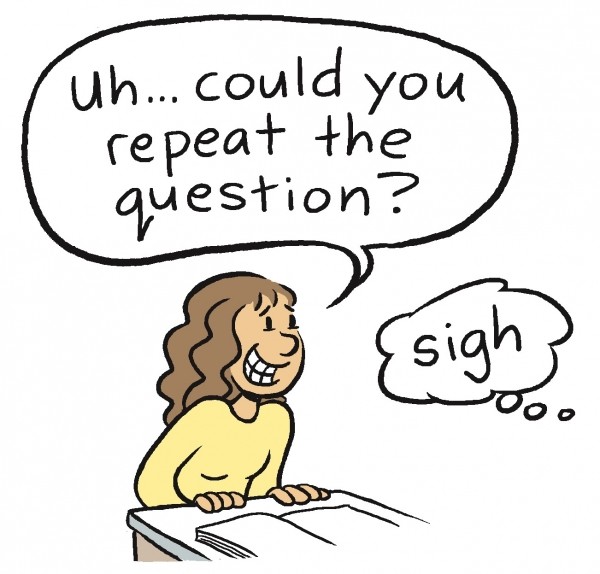 Spotlight on Out Of Darkness (Ashley Hope Perez), Guest Post, Plus Giveaway! ~ (US Only)

Author Of The Week: Chat with Jessica Goodman (They Wish They Were Us), Plus Giveaway! ~ (US Only)

These cartoons are so delightful--like the cover, like the characters!

I loved this excerpt/sneak peek! My daughter would love this!

0
I loved this excerpt/sneak peek! My daughter would love this!
Cancel Update Comment

I am super excited for this next installment in this little series. My daughter is going to love this! We love reading together and this graphic novel is a perfect one for us to read! Thank you for the chance!! I would love to read these two books with her!

0
I am super excited for this next installment in this little series. My daughter is going to love this! We love reading together and this graphic novel is a perfect one for us to read! Thank you for the chance!! I would love to read these two books with her!
Cancel Update Comment

I love the fun cover and can't wait to read this book based on the hilarious illustrations.

0
I love the fun cover and can't wait to read this book based on the hilarious illustrations.
Cancel Update Comment

The cover is really fun and the story sounds like one that kids could relate to.

0
The cover is really fun and the story sounds like one that kids could relate to.
Cancel Update Comment
How to resolve AdBlock issue?
X