Spotlight on Pony (R.J. Palacio), Excerpt, Plus Giveaway! ~ (US Only) Read on for more about R.J., her book, and a giveaway! 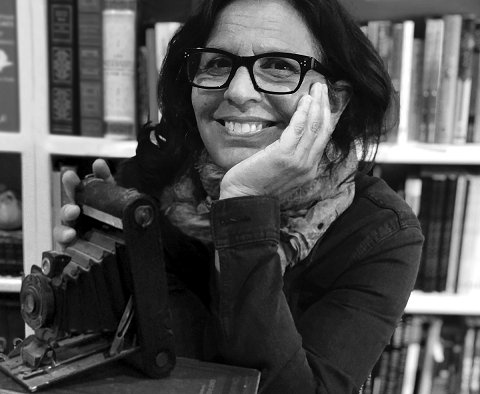 R. J. Palacio is the author of the #1 New York Times bestseller Wonder, which has sold over 12 million copies worldwide. The book's message inspired the Choose Kind movement and has been embraced by readers around the world, with the book published in over 50 languages. Wonder was made into a blockbuster movie starring Julia Roberts, Owen Wilson, and Jacob Tremblay. Palacio’s other bestselling books include 365 Days of Wonder: Mr. Browne’s Book of Precepts, Auggie & Me: Three Wonder Stories, the picture book We’re All Wonders, and the graphic novel White Bird, which is currently being filmed as a major motion picture starring Gillian Anderson and Helen Mirren. Palacio lives in Brooklyn with her husband, two sons, and two dogs. 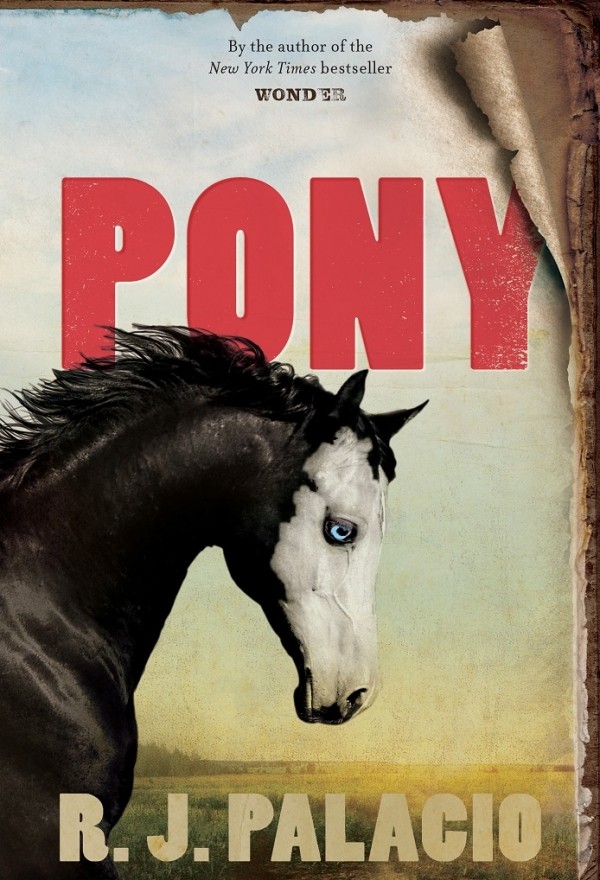 The worldwide phenomenon Wonder showed over 13 million readers how to choose kind. Now, the #1 New York Times bestselling author is back with an enthralling adventure that will show readers how to choose courage. A modern classic about a boy on a quest to rescue his father, with only a ghost as his companion and a mysterious pony as his guide.

Twelve-year-old Silas is awoken in the dead of night by three menacing horsemen who take his father away. Silas is left shaken, scared, and alone, except for the presence of his companion, Mittenwool . . . who happens to be a ghost. When a pony shows up at his door, Silas makes the courageous decision to leave his home and embark on a perilous journey to find his father. Along the way, he will face his fears to unlock the secrets of his past and explore the unfathomable mysteries of the world around him.

R. J. Palacio spins a harrowing yet distinctly beautiful coming-of-age story about the power of love and the ties that bind us across distance and time. With the poignant depth of War Horse and the singular voice of True Grit, this is one of those rare books poised to become an instant classic for readers of all ages.

MITTENWOOL ROUSED ME FROM MY deep slumber that night.

“Silas, awake now. There are riders coming this way,” he said.

I would be lying if I said I was jolted up right away, to my feet, by the urgency of his call. But I did no such thing. I simply mum- bled something and turned in my bed. He nudged me hard then, which is not a simple feat for him. Ghosts do not easily maneuver in the material world.

“Let me sleep,” I answered grumpily.

It was then that I heard Argos howling like a banshee downstairs, and Pa cock his rifle. I looked out the tiny window next to my bed, but it was a black-as-ink night and I could see nothing.

“There are three of them,” said Mittenwool, peering over my shoulder through the same window.

“Pa?” I called out, jumping down from the loft. He was ready, boots on, peering through the front window.

“Stay down, Silas,” he cautioned.

“Should I light the lamp?”

“No. Did you see them from your window? How many are there?” he asked.

“I didn’t see them myself, but Mittenwool says there are three of them.”

“They have their guns drawn,” I said. “What do they want, Pa?” Pa didn’t answer. We could hear the galloping coming toward us now. Pa cracked the front door open, rifle at the ready. He threw on his coat and turned to look at me.

“You don’t come out, Silas. No matter what,” he said, his voice stern. “If there’s trouble, you run over to Havelock’s house. Out the back through the fields. You hear me?”

“You’re not going out there, are you?”

I collared Argos. “You’re not going out there, are you?” I asked again, frightened.
He did not stop to answer me but opened the door and ventured out to the porch, aiming his rifle toward the approaching riders. He was a brave man, my pa.

I pulled Argos close to me and then crept over to the front window and peeked out. I saw the men advance. Three riders, just like Mittenwool had said. Behind one of them trailed a fourth horse, a giant black charger, and next to it, the pony with a bone-white face.

The horsemen slowed down as they approached the house, in deference to Pa’s rifle. The leader of the three, a man in a yellow duster, put his arms up in the air in a peaceful gesture as he brought his steed to a full stop.

“Ho there,” he said to Pa, not forty feet from the porch. “You can put down your weapon, mister. I come in peace.”

“Put yours down first,” Pa answered, his rifle shouldered.

“Mine?” The man looked theatrically at his own empty hands, and then left and right, making a show of only now noting his companions’ drawn weapons. “Put those down, boys! You’re making a bad impression.” He turned back to Pa. “Sorry about that. They mean no harm. Just force of habit.”

Pa shook his head. “Who are you? Come storming here in the middle of the night.”

The yellow-duster man did not seem afraid of Pa’s rifle in the least. I could not see him well in the dark, but I judged him to be smaller than Pa (Pa being one of the tallest men in Boneville). Younger, too. He wore a derby hat like gentlemen do, but he wasn’t one, as far as I could see. He looked a ruffian. Pointy-bearded.

“Now, now, don’t get riled,” he said, his voice light. “My boys and I meant to arrive at sunup, but we made better time than we thought. I’m Rufe Jones, and these here are Seb and Eben Morton. Don’t bother trying to tell them apart, it’s impossible.” It was only then that I noted the two hulking men were exact duplicates of each other, wearing identical melon hats with wide bands down low over their moon-round faces. “We’ve come here with an interesting proposition from our boss, Roscoe Ollerenshaw. You heard of him, I’m sure?”

Pa made no response to that.

“Who is Mac Boat?” Mittenwool whispered to me.

“I don’t know any Mac Boat,” Pa said from behind his rifle. “I am Martin Bird.”

“Of course,” Rufe Jones answered quickly, nodding. “Martin Bird, the photographer. Mr. Ollerenshaw’s very familiar with your work! That’s why we’re here, you see. He has a business proposition he’d like to discuss with you. We’ve come a long way to talk with you. Might we come inside for a bit? We’ve been riding all night. My bones are chilled.” He raised the collar on his duster to illustrate the point.

“If you want to talk business, you come to my studio in the daylight hours like any civilized man would,” Pa said.

“Now, why would you adopt that tone with me?” Rufe Jones asked, as if perplexed. “The nature of our business requires some privacy, is all. We mean you no harm, not you or your boy, Silas. That’s him hovering by the window behind you, right?”

I swallowed hard, I’m not going to lie, and pulled my head back from the window. Mittenwool, who was behind me, nudged me to crouch down further.

“You have five seconds to get off my property,” Pa warned, and I could tell from his voice he meant it.

Reprinted by permission from the publisher. All rights reserved.

Two winners will receive a copy of Pony (R.J. Palacio) ~ (US Only)

My students would love this!