Spotlight on Pax, Journey Home (Sara Pennypacker), Excerpt, & Plus Giveaway! ~ (US Only) Read on for more about Sara, her book, and giveaway!

Sara Pennypacker is the author of the #1 New York Times bestselling Pax; the award-winning Clementine series and its spinoff series, Waylon; and the acclaimed novels Summer of the Gypsy Moths and Here in the Real World. She divides her time between Cape Cod, Massachusetts, and Florida. You can visit her online at www.sarapennypacker.com [sarapennypacker.com]. 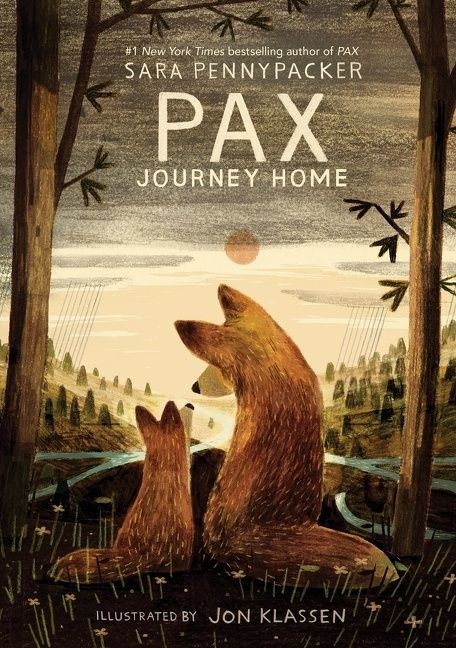 Beck and Vivian never could stand each other, but they always tried their best for their mutual friend, Cassie. After the town moves on from Cassie’s murder too fast, Beck and Vivian finally find common ground: vengeance.

They memorialize Cassie by secretly painting murals of her around town, a message to the world that Cassie won’t be forgotten. But Beck and Vivian are keeping secrets, like the third passenger riding in Beck’s VW bus with them—Cassie’s ghost.

When their murals catch the attention of a podcaster covering Cassie’s case, they become the catalyst for a debate that Bell Firearms can no longer ignore. With law enforcement closing in on them, Beck and Vivian hurry to give Cassie the closure she needs—by delivering justice to those responsible for her death.

He always ran—nearly a year after he’d last been caged, his muscles still remembered the hex wire.

This morning the running was different, though. This morning the fox ran because below the hard, matted forest floor, below the crusts of snow that remained in the deepest pine-shades and below the wafers of ice lacing the puddles, he smelled it: spring.  New life surging up—up from the bark and the buds and the burrows—and the only possible response to up was go.

And then suddenly he stopped. Rabbit.

Bristle was always hungry these days.

Pax canted toward the scent and found the warren.  It had been abandoned only hours before. It held two kit carcasses, one dead many days, one lifeless a single night.

This was the third place in as many days that Pax had come upon dead young.  The first, a field mouse burrow, held an entire litter.  He had brought home the freshest body, but Bristle’s snout wrinkled in disgust.

The second was a chipmunk nest. Bristle had refused the meal of dead pups, too, so Pax didn’t bother with the rabbit kits.  Instead, suddenly tired, he turned for the Deserted Farm that he, Bristle, and Runt had claimed since leaving the place where Runt had lost his leg.

Bristle wasn’t in sight, but she was near.  He trotted along her trail to an old shed.  A hole had been tunneled under its steps, freshly scraped dirt scattered all around. Pax followed her scent inside.

Bristle was curled at the back of the new den, her bright fur clumped with sand.  She opened one sleepy eye to her mate, then settled her face back onto her paws.

Pax was baffled. The morning air was already warming and held no threat of storm.  Even more perplexing, there was a scent in the den he had never encountered before, but that he knew as well as his own. It was of Bristle, but it was not Bristle.

He nosed her neck, asking her to track the air. New?

Pax still did not understand.

Bristle rolled onto her back and stretched out her round belly. Kits. Soon. Then she curled back into the clean sand.

Pax watched her every breath until she fell asleep.

He backed out of the den, gave a single bark.

And then he ran. This time he ran because if he didn’t, he would burst. 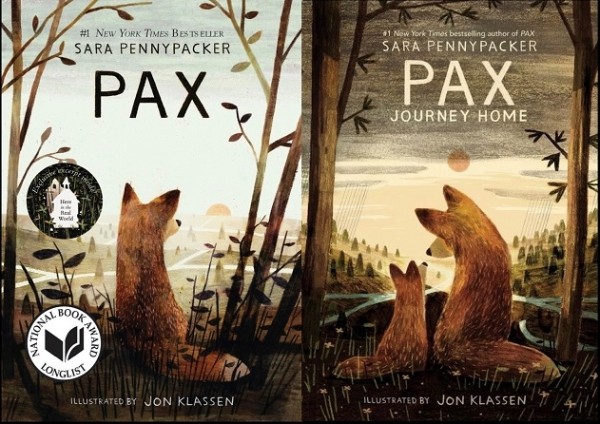 One winner will receive a copy of Pax and Pax, Journey Home (Sara Pennypacker) ~ (US Only)

This book series looks great! Think my twins will enjoy!

I loved the first book - can't wait for the second!