Read on for more about Kimberly & Shelli and their book, an guest post, plus an giveaway! 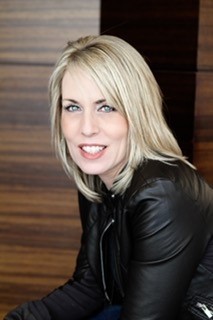 As a child, Kimberly Derting spent hours drawing intricate underground “worm cities” because her art skills didn’t allow her to draw anything with arms or legs. In college, she studied biology, but her real experiments are done at home, where she wrangles three kids, just one husband, two dogs, two cats, and a rabbit named Thumper—seriously, she’s practically a zookeeper! She’s terrified of spiders and snakes, but loves animals (obviously!), so she’s spent her free time volunteering for a local animal shelter with her daughter. Her hypothesis is that she’s always right…although she’s never actually been able to prove that theory. And even if you don’t laugh at her jokes, she knows in her heart that she’s hilarious. 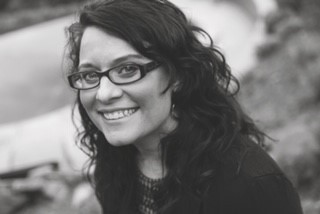 Shelli R. Johannes never warmed up to creepy crawly bugs, but she always loved zoology and biology. In fact, she can often be found on highways and country roads saving strays and other jaywalking critters, or volunteering with animal-conservation groups like the Atlanta Zoo, the Dolphin Project, and animal rescue centers. Unfortunately she learned early on that chemistry (aka cooking) was not her favorite science, often resulting in odd reactions and minor explosions. She lives in Atlanta with her husband, two kids, one bird, one fish, and two crazy-haired doodles who, just like Einstein, all who seem to love fruit and dessert, but loathe veggies. 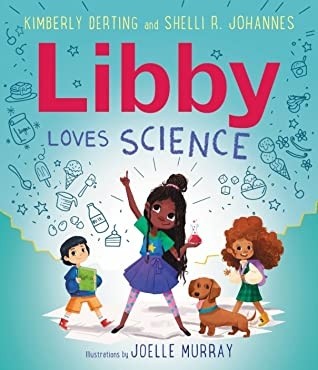 Libby loves science! In this STEM-themed picture book, a companion to the popular Cece Loves Science, Libby and her friends are put in charge of the science booth at their school fair. There’s only one problem: No one is visiting their booth! Does everyone think science is boring?

Libby and her friends use teamwork, creativity, and just a bit of chemistry to turn things around and prove that science is for everyone. Perfect for aspiring scientists, story times, classrooms, home-schooling, and fans of Andrea Beaty’s Ada Twist, Scientist. Includes a glossary and four super-fun experiments to try at home!

Libby Loves Science is just right for fans of Rosie Revere, Engineer and What Do You Do with an Idea? and anyone who loves to ask questions and learn about the world.

Five Ways Parents Can Encourage Scientific Curiosity In Their Kids

It seems like everyone is on the STEM bandwagon these days, and there’s an excellent reason for that—teaching children critical thinking and problem-solving through science is essential to their education. But, if you’re like many parents, you probably struggle with finding ways to convince your kids that science isn’t just a dull subject matter for the classroom. We have some ideas to show your kids science can be fun too!

Show your kids that science isn’t at just for school. Science can be found everywhere in the world around them, in the everyday things they do.

Two winners will each receive a copy of Libby Loves Science (Kimberly Derting & Shelli R. Johannes) ~ (US Only)

This book looks awesome!
Can't wait for my niece to read it.

0
This book looks awesome! Can't wait for my niece to read it.
Cancel Update Comment

This looks amazing! I'm sure my science loving little cousin will love it, especially with a main character that looks like her!

0
This looks amazing! I'm sure my science loving little cousin will love it, especially with a main character that looks like her!
Cancel Update Comment

I found this post of yours while looking for information to research related to blogs. It is a good article, keep posting and update information.
click here to download

0
I found this post of yours while looking for information to research related to blogs. It is a good article, keep posting and update information. [url=https://apkxyz.com/]click here to download[/url]
Cancel Update Comment

The cover is super cute and fun. The synopsis sounds awesome.