Spotlight on Glow Of The Fireflies (Lindsey Duga), Excerpt, Plus Giveaway! ~ (US Only) Today we're excited to spotlight Glow Of The Fireflies by Lindsey Duga.

Read on for more about Lindsey and her book, an excerpt, plus an giveaway! 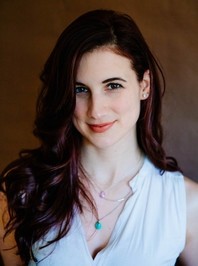 Lindsey Duga is a middle grade and young adult writer with a passion for fantasy, science fiction, and basically any genre that takes you away from the real world. She wrote her first novel in college while she was getting her bachelor’s in Mass Communication from Louisiana State University.

Other than writing and cuddling with her morkie puppy, Delphi, Lindsey loves catching up on the latest superhero TV show and practicing yoga.

Meet Glow Of The Fireflies! 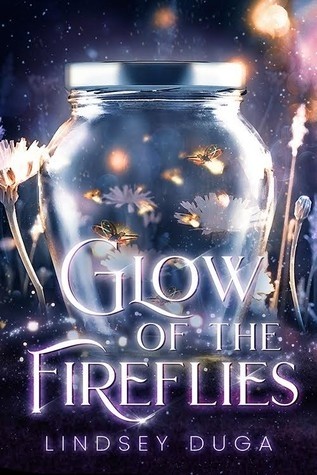 Briony never planned to go back to the place she lost everything.

Firefly Valley, nestled deep within the Smoky Mountains, is better kept in her past. After an unexplained fire gave Briony amnesia, her mother disappeared and her dad moved them to Knoxville.

But now her grandmother needs a caretaker and Briony's dad volunteers her to help. The moment she returns, her whole world shifts. She feels a magical connection to this valley, as if it's literally part of her somehow.

And when she meets a hot guy who claims he was her childhood friend but now mysteriously keeps his distance, Briony starts piecing together her missing past...and discovers her mother didn't leave to start a new life somewhere. She's trapped in the hidden world within the valley.

Now, Briony will do whatever it takes to rescue her, even if it means standing up against dangerously powerful nature spirits. Even if it means giving up her first love.

Glow of the Fireflies by Lindsey Duga Excerpt

His hand closed around mine on his shirt, slowly, gently, prying my fingers away from the fabric. “You shouldn’t be here, Briony,” he said. His voice had lost its edge. There was no angry undertone, just one of deep despair.

At the sound of my name, which I’d never said to him, my fingers loosened, and he slipped away. While I stood there, shocked, he fled from the house, through the scorched, cracked doorway. I didn’t snap out of it until he jumped from the slanting porch.

His warning burned through me like the fire that had destroyed this house. He knows my name and I never told him.

He was the clue. He was the piece that I didn’t know I’d been searching for.

And I wouldn’t let him get away.

His feet pounded against the pathway as he headed into the surrounding woods, and I jumped from the porch and followed. There was no clear path through the trees, but the boy didn’t seem to care. It was as if he made his own path, weaving his way between the basswood trees and cutting through the sweetshrub, wild hydrangea, and the tall deerberry bushes.

I ran as fast as I could, ignoring the bushes and undergrowth as well, my steps mirroring his and following the path he crafted. His speed felt almost inhuman, or that of an Olympic gold medalist. But the strangest thing was that I somehow kept up. I gained on him, and felt the air shift around me, as if I’d just entered into a sort of slipstream.

I’d learned the term in a science class—it was the area behind a moving object in which the state of matter around it sped at the same velocity. The very air around him was moving as fast as he was. And I was caught inside—inside the slipstream—with the air bending around us.

Wind rippled through my shirt and shorts, while branches whacked and scraped at my bare arms and legs. Going at this speed was impossible—should have been impossible.

The minute I’d realized it, my body seemed to reject the physics of the slipstream and my own momentum. My feet slowed and the boy disappeared ahead of me. I could no longer keep up. Like a deer escaping a mountain lion, he moved too fast and too gracefully. He disappeared into the forest in a matter of seconds, and I came to a dead stop, my pulse going wild.

“Oh, c’mon!” I shouted into the trees, bending over and placing my palms on my knees.

Swearing under my breath, I waited for my asthma to punish me for sprinting, but it never did. The mountain air that filled my lungs was sweet, and clean. Every breath I took, I waited for it to turn against me, but it didn’t.

Smoothing my hair away from my forehead and sweaty cheeks, I stared in the direction he disappeared and then noticed something odd.

The whole forest did.

Glow Of The Fireflies

Spotlight on Bump (Matt Wallace), Guest Post, Plus Giveaway! ~ (US Only)

Stunning cover! Look forward to this one.

0
Stunning cover! Look forward to this one.
Cancel Update Comment
How to resolve AdBlock issue?
X