Read on for more about Natalie, plus a guest post! 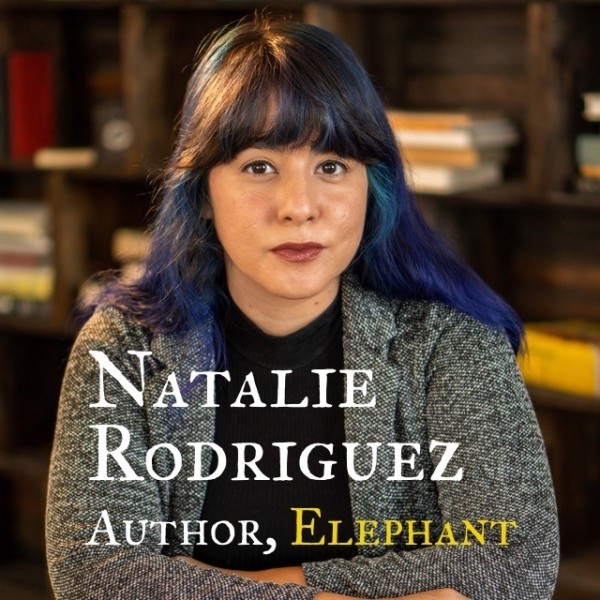 Natalie Rodriguez is an award-winning writer, director, producer, mental health and anti-violence/trauma advocate based in Los Angeles, CA. In 2014, she graduated with her Bachelor of Arts in TV-Film from CSU Fullerton. Since graduation, Natalie has worked with multiple companies, including the Conan O'Brien Show, Philip DeFranco, Opposing Views, CBS, Mandalay Pictures, NowThis News, and others. She was also a panelist at Google, YouTube, Hispanicize and the mental health organization, The Mighty. Her films have screened throughout the U.S. and internationally, including HollyShorts, NALIP: Latino Lens, Beverly Hills Film Festival, Awareness Film Festival, The Los Angeles Diversity Film Festival, Culver City Film Festival, and more.

In 2017, she founded her production company, Extraordinary Pictures, focusing on both films, television, digital series, and social issue projects. The company has a list of projects in its roaster, including pre-production on a horror-thriller and post-production with Natalie’s second directorial feature film, “Howard Original.” The film is based on the award-winning short film about a washed-up screenwriter who encounters more than just selling a story, a studio rejection, and writer's block when his pet cat comes to life.

Natalie’s directorial feature film, "The Extraordinary Ordinary," which she also wrote, produced, and was the executive producer on, is making its round through the festival circuit. The film deals with young adults, mental health awareness, and the aftermath of trauma. Recently, the film won ‘Best Film About Women’s Empowerment’ at the Glendale International Film Festival. The film also premiered to a sold-out world premiere screening at the Los Angeles Diversity Film Festival (LADFF), winning ‘Best Performance’ by the leading actress, Maddison Bullock.

Currently, Natalie awaits the publication of her first young adult novel this April 2020, "Elephant," a story about four childhood best friends who uncover a family secret. Natalie is open to collaborating with other artists and advocates.

For previous and upcoming projects, please be sure to give her a follow @natchristinerod and @extraordpictures. 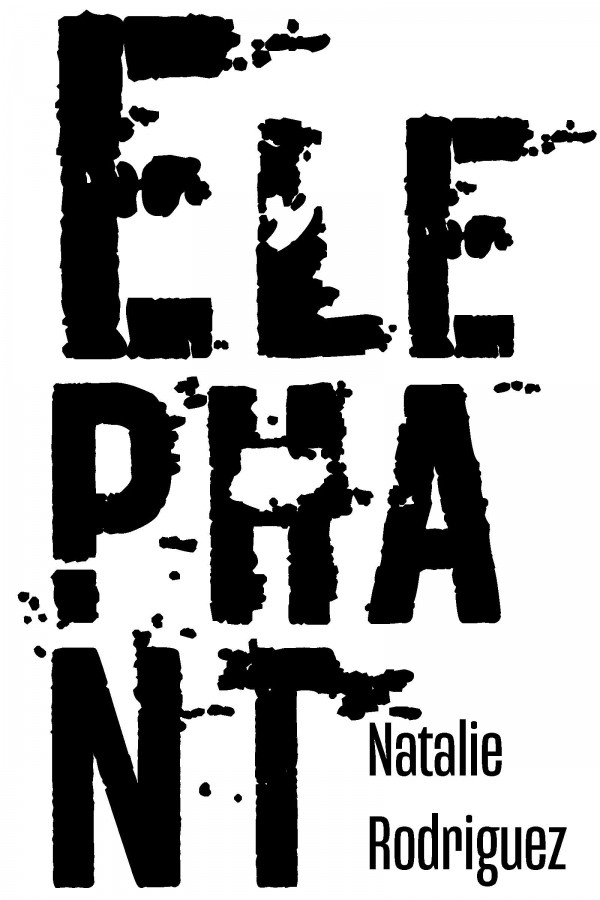 After a strange encounter leaves him hospitalized, a timid teenage boy named Matt “Matty” Smith comes home to a continuous series of events met with anxiety, depression, and PTSD.

Under the guardianship of his grandma, Lucia, Matt lives with unspoken questions about his grandfather and parents. The elephant in the room. As Matt develops over the summer, the secrets only grow more profound and complex. Will the answers ever come? While searching for answers, Matt and his three childhood best friends encounter the meanings of love, forgiveness, and fate.

When was the last time that you felt misunderstood for showing vulnerability?

The elephant in the room was always a subject I revisited each year. At least from the moment I experienced my first panic attack at 13 years old. Or, how about in my earlier young adult years, where I cut a lot of class due to having a panic attack? Usually, the symptoms were dizziness, clamming of the palms and balms of my feet and feeling sick to my stomach. The butterflies were intense that I often found myself gagging or on the verge of throwing up.

Yeah … having generalized anxiety disorder (GAD) is not pretty, nor ever was. Addressing the “Captain Obvious,” or the elephant in the room, was something I struggled to come to terms with, considering my mindset was more focused on, “But I am too young to panic/people my age don’t have anxiety,” and so forth. Perhaps I made excuses to myself, terrified to acknowledge even a child themselves could experience both pain, grief and fear. Something I learned on and off these past few years in recovery is moments of distress and relapses are forever expected.

That was something I yearned to remind myself of with a few recent events that occurred in my life over the past few months. Especially when I learned a few weeks ago in therapy that for many children of addicts and abuse, it is common to write of pain, and even of the perpetrators, in a third-person perspective. When my therapist first told me that, I rejected the idea because of disbelief it was possible to do that. That was when my therapist said to me that today — the now — was time to start dealing with events in the first-person perspective, AKA: head-on.

One of the first projects I started discussing in my earlier days of therapy was my upcoming young adult novel, “Elephant.” It was a project that started as a fifth-grade assignment, where students had to write and create a short story and then read it to the other students. The entire school was assigned the project as it was the end-of-the-year final. Otherwise, a student did not pass their current grade level if they decided to not participate in the assignment.

To be honest, the assignment was the project that would forever change my life.

But at the time, the assignment nearly traumatized me as I struggled with reading and writing, two subjects I thought were unnecessary. A lot of my resentment came from the fact that just two to three years earlier, I was sent to a reading, speech and vocabulary program every school day, just 20 minutes before lunch period. When I was in the first grade, I had a low reading and writing score. Plus, instead of writing every morning as my teacher wanted the class to do, I either scribbled or drew pictures in my journal.

So, in the fifth grade, I thought the book assignment sucked. Would it be cliché to say I was one of those creators who struggled with finding and writing out the words?

Yet, that was the irony, because in the following weeks, leading up to the completion of the earlier drafts of my fifth-grade school assignment, I had a blast working on it. Every day after school, I ran home to work on the project. But before typing out the project on the desktop my mother had at the house, I came up with the title first, sitting at my desk on that day when it was first assigned. Before there was an elephant, the original title was “The Strange Wind of Skull Hollow.” My fifth-grade teacher passed out a sheet that had random words on it, an exercise to help the students figure out a title for their book, as well as the storyline. My eyes were attracted to the words, “skull, wind and hollow” because they sounded “cool” and I also was obsessed with drawing Halloween characters in the after-school daycare called “Fun Club.”

Writing the first draft of “Elephant” (then, “The Strange Wind of Skull Hollow”) was a surreal experience because it was the first big thing I looked forward to working on every day after school. From day one, the project was always focused on four childhood best friends named Matthew ‘Matty’ Smith, Jamie, Derek and Lisa and the family secret they discovered the summer before starting their freshman year of high school. Something I never expected was the blood, sweat and tears that would come in working on the later drafts of “Elephant.”

But perhaps that was always the beauty with the project, from rejecting the fifth-grade school assignment to developing the story into a 300-page young adult novel. In the years to come, writing was the one thing that felt necessary to have as part of my life. It was an obsession of going to bed and waking up every day, thinking of the characters’ stories I had to tell.

No one should truly ever feel alone or that all hope is lost, especially when hell appears to freeze over, because like Matty Smith and his three childhood best friends from “Elephant,” we all have a story to tell. Everyone has experienced grief, loss, anger, rage, pain and so much more. When life seems unfair, it is expected to have a strong reaction to it. I suppose this is where acceptance comes into the picture, especially when it comes to surrendering and seeking help.

For me, that was going to counseling.

“Elephant” is about those reminders in letting yourself know it is OK to not be OK, and perhaps not tearing yourself down for not being on a specific path. Creating the hashtag #TheElephantInYourRoom showed “Elephant” was not just my battles and fears, but hopefully a representation of having faith in there being hope. Like the famous quote from “The Shawshank Redemption:”

“Hope is a good thing, maybe the best of things, and no good thing ever dies.” 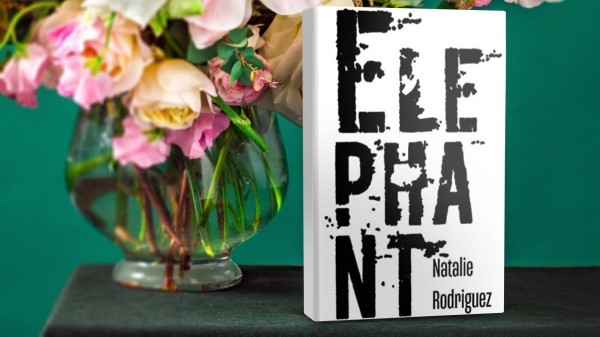