Read on for more about Aleksandra and her book, an guest post, plus an giveaway! 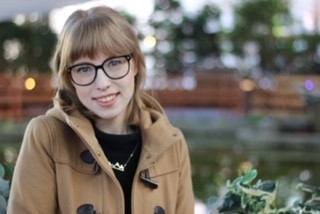 ALEKSANDRA ROSS lives in Vancouver, BC, where she works as a physician. When she isn’t writing stories, she enjoys spending time with her family and learning about obscure folklore traditions. Inspired by her grandmother and her Polish heritage, Don’t Call the Wolf is her first novel. 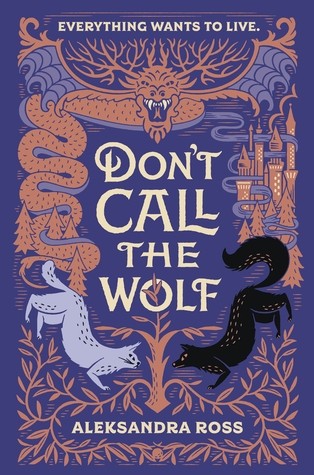 A forest, besieged. A queen, unyielding. Fans of Leigh Bardugo and Holly Black will devour this deliciously dark Eastern European–inspired YA fantasy debut.

When the Golden Dragon descended on the forest of Kamiena, a horde of monsters followed in its wake.

Ren, the forest’s young queen, is slowly losing her battle against them. Until she rescues Lukasz—the last survivor of a heroic regiment of dragon slayers—and they strike a deal. She will help him find his brother, who vanished into her forest… if Lukasz promises to slay the Dragon.

But promises are all too easily broken.

Thank you so much for having me at YA Books Central!

I’m so excited to share my DON’T CALL THE WOLF starter pack – a crash course on some of the creatures found in Welona, the story’s Poland-inspired kingdom. I hope you enjoy this list, which features only a small selection of the creatures lurking within this action-packed YA fantasy.

A special thank you is in order – this document would not be possible without the help of Captain Franciszek Smoków’s detailed notes, as well as Professor Jakub Rybak’s painstaking research.*

*Franciszek and Jakub are fictional characters featured in DON’T CALL THE WOLF. Francisek is a science-obsessed soldier, and Jakub is an Unnaturalist – an academic specializing in magical phenomena.

This book looks awesome, can't wait to read it!

The cover on this is amazing, I love the symmetry and color palette. Books with these artistic covers always draw my attention. Plus the synopsis sounds great as well! Can't wait to read.

0
The cover on this is amazing, I love the symmetry and color palette. Books with these artistic covers always draw my attention. Plus the synopsis sounds great as well! Can't wait to read.
Cancel Update Comment

I LOVE THIS COVER. And the title. Both immediately caught my eye.

0
I LOVE THIS COVER. And the title. Both immediately caught my eye.
Cancel Update Comment

The cover is beautiful. This book will be so much fun to read.

0
The cover is beautiful. This book will be so much fun to read.
Cancel Update Comment

The cover is beautiful and intricate. The story sounds exciting.

0
The cover is beautiful and intricate. The story sounds exciting.
Cancel Update Comment

This cover is gorgeous and the book sounds like a fun read!

0
This cover is gorgeous and the book sounds like a fun read!
Cancel Update Comment
How to resolve AdBlock issue?
X