Spotlight on Dan Unmasked (Chris Negron), Guest Post, Plus Giveaway! ~ (US Only) Read on for more about Chris and his book, an guest post, plus an giveaway! 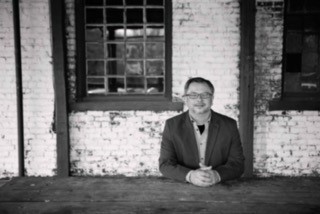 Chris Negron spent a huge chunk of his childhood collecting comic books and loving sports and not much has really changed. He writes his stories from his home in Atlanta, Georgia, where he lives with his wife. Dan Unmasked is his debut novel. 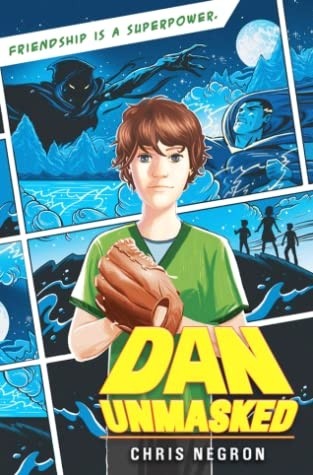 Whether they’re on the baseball field or in Nate’s basement, devouring the newest issue of their favorite comic book, Dan and Nate are always talking. Until they’re not.

After an accident at baseball practice—an accident that Dan is certain he caused—Nate’s stuck in a coma. Usually, Dan can rely on his and Nate’s superpower—the secret language that only they know, a language of raised eyebrows and subtle nose taps.

Now, if Dan ever wants to see Nate tap his nose again, he’s got to figure out a way to wake him up. But for all the time he’s spent reading about the adventures of Captain Nexus, Dan knows he’s no superhero. Heroes have powers—and without Nate, all Dan has is a closet stuffed with comics and a best-friend shaped hole in his heart. There’s no way a regular kid can save the day all on his own. Right?

Dan Unmasked was a lot of fun to write. There were so many facets and angles to the story. Among the best parts of the writing process were the many interesting things I learned while writing this book. Here are five examples.

In Dan Unmasked, Dan’s best friend Nate suffers an accident at baseball practice (one Dan blames himself for) and falls into a coma. I’ve never experienced a coma close up before (thank goodness), so I needed to find out what sort of treatments are utilized for such patients. I uncovered many, but the one that struck me the most was a study done at Northwestern University called F.A.S.T.

F.A.S.T. stands for Familiar Auditory Sensory Training. It involves allowing coma patients to hear familiar stories repeated by family members, in person or more commonly in recordings, over a period of time. The results of the study seem to indicate that these coma patients have a tendency to recover faster when undergoing this type of auditory stimulation.

These results fascinated me because a big part of Dan Unmasked is a meditation on the healing power of art and stories, and so the idea that hard evidence exists that these family stories might help real coma patients seemed ready made for my book. I ended up reading everything I could get my hands on about it.

In one scene of Dan Unmasked, several of the kids get to visit the studio where their idol creates the comic book they’re obsessed with. I knew one of the characters in particular, Ollie Templeton, would be completely overwhelmed by seeing the actual tools employed by his favorite comic creator, but one thing was missing: what tools do such artists use?

Even though I’ve been a huge fan and collector of comics for many years, I wasn’t sure, so it was great to research this topic. I learned a Wacom is a digital tablet many comic artists use to draw on, not just paper. I discovered there are special pens called rapidographs that a lot of artists ink with. I looked up the specific kinds of brushes these talented people might choose from, how light boxes look and work, as well as tons of different pencils and other tools like French curves and T-squares.

Particularly cool was the time I spent watching videos of some of my favorite artists drawing cool characters, narrating along the way the reasons they were making choices about lines or shapes.

When I gave Dan’s mother a career as a county food inspector, I must admit it was mostly for comedic relief. It gave me the opportunity to include all sorts of grody (gosh, does anyone say “grody” anymore?), a.k.a. disgusting, descriptions of food inspection results in the book, and little jokes dropped at just the right time. Like the moment when, after making sure the kids never, ever eat at Luigi’s Meatball Emporium, Dan’s mom finds out his dad has been letting his office colleagues take him there every once in a while, and she’s horrified.

It was so interesting to research this profession and uncover all kinds of hidden aspects I never realized. Like how the inspections are unannounced (at one point I even describe the “uniform” Dan’s mom wears – plain clothes so the restaurants don’t see her coming). Or how the ice machine is one of the scariest parts of the inspection (who would have thought it’s such a source of mold?). Or how they don’t like to eat at the places they inspect (this is particularly true of Dan’s mom, who’s constantly warning Dan about this place or that one, so much so that Dan has a rule that she’s not allowed to talk about his favorites, so she doesn’t ruin them for him).

Any writers out there should consider making the professions you choose for your characters, even the side ones, interesting and unique. It can be a great source of humor, and certainly makes the writing and research process a whole lot more fun!

When Dan and his friends get to visit their idol’s art studio, they find it housed in an old industrial space that’s been retrofitted to become shared art studios. Besides fascinating Dan’s architect father when he takes the kids there, and being the stage for one of the subplots of the book, I did this because I knew of a similar, real life place near my home that has always been a wonder to me.

The “Art Coop” in Dan Unmasked – with its crazy and funny resident, free range chickens – is loosely based on The Goat Farm here in Atlanta. Besides having live-in chickens just like my “coop,” the real Goat Farm has been home to other animals, such as (you guessed it!) goats.

I’ve visited The Goat Farm a few times in the past because my wife is a painter and she’s taken some classes there. I even had my author photo shoot there, including the one I’ve provided for this post (credit: photographer Bobbi Jo Brooks). The distressed and sometimes crumbling buildings of the facility are so cool and unique, they’ve served at times as a set for the TV show The Walking Dead. It was really fun to revisit it back when I was writing those scenes – both in person as well as through extra research.

It’s hard to make money as an artist –any artis –and these types of shared spaces can be really vital for artists who are trying to find a location to have a studio to progress in their work without having lots of income to spend on rent. If you have one in your area, I humbly suggest finding ways to support it.

Dan Summers is an “old school” comic book fan. He loves the classics as much as his favorite new series, the fictional Captain Nexus and the Nexus Five he and all his friends obsess over. Dan’s constantly trying to “educate” his friends on the best comics from the past, which gave me plenty of opportunity to reference a bunch of comics from my youth, and spend some time thinking about what they’ve meant to me and how they’ve inspired me.

Alpha Flight #12 came out when I was Dan’s same age, way back in 1984. That story had an ending so shocking to my thirteen-year-old self, it has stuck with me right to this day. Probably not surprisingly from someone who created a team called “The Nexus Five”, the Fantastic Four was also one of my long-time favorites growing up. There’s a particular issue, #262 – ominously, “The Trial of Reed Richards” – that I keep framed on my desk. At one point in its many revisions, Dan Unmasked even had a plot point where Captain Nexus was subjected to a trial. It didn’t make the final cut, but it definitely informed some of my other choices in the book.

I could go on and on about the comics I rediscovered while writing Dan Unmasked. In general what I found is that it’s great to re-read something you remember a certain way from long ago. Sometimes whole new aspects of it are revealed!