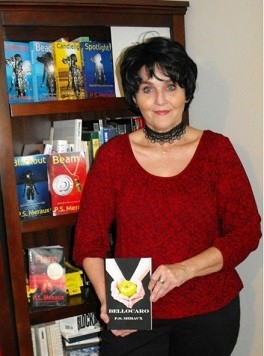 After completing her degree in broadcast journalism at USC in 1996, P.S. Meraux used her love of writing to land multiple jobs in broadcasting, winning several awards, including a DuPont - Columbia University Award and an Emmy from the National Academy of Television Arts and Sciences [en.wikipedia.org] for breaking news coverage of the 2004 Asian Tsunami. Rising through the ranks to editor, she claimed a spot at a major publishing house before branching out on her own to write novels in 2013, which have won numerous awards, including several Readers’ Favorite accolades.

"Bellocaro" was inspired by P.S. Meraux's investigation of the current subject matter available to readers of the popular teen romance vampire genre and the startling revelation that followed about the lack of quality books with good plots to keep the reader guessing. In this novel, she explores the concept of how romance might look if the female protagonist knew that her vampire- suitor had already foreseen her death in a vision.

When reading the book, readers will be sure to challenge their own beliefs about premonitions, and the risks a person is willing to take for love. The book is suited to anyone living in today's digital age and is not limited to the young adult paranormal romance audience. 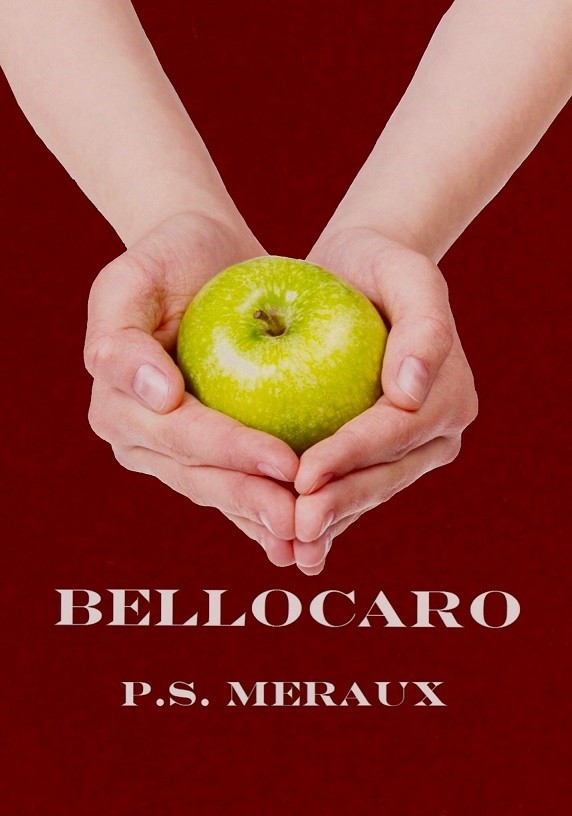 Sighing, I felt rather than saw my breath turn into condensation on the night air. It was getting colder.

A twig snapped loudly, accompanied by the crackle of something shifting in the underbrush. Whatever the something was — it sounded big and was moving fast, very fast.

Had Chad found me?

Turning around I carefully swapped out the position of my hands, no longer holding on to the railing from behind, shifting my feet so they were still on the lower rung. The rushing water was now behind me.

Whatever was coming — it was getting closer.

Feeling tense my eyes scoured the dark bushes, trying to discern whatever was in the gloom. Tegwyn’s admonishments rang out in my memory, “Nothing should be able to hurt you here, but don’t push it.” Should? Surely there weren’t wild animals on the island too, right?

There was a flicker of movement, a dark shape barely visible against the blackness of the surrounding forest it traveled through. I narrowed my gaze trying to figure out what it was. The shape slowed. Head dipping to the ground like it was sniffing at something or had caught a scent. A thudding heartbeat later I realized what it smelled was me.

Suddenly the massive bulk of a muzzle shifted through the conifers, jaw dropping to reveal a glistening row of sharp white teeth. The intimidating display of lethal-looking incisors must have been a foot long!

Panting from its run, the creature came to a stop after passing by the last branch of a bald cypress. I used the word creature because it defied common sense. Having quickly caught its breath, the tongue pulled back in the muzzle and the paws began to move.

What I saw was freaking enormous, covered in dark fur. Paws the size of horse’s hooves were steadily coming closer. The monster was unquestionably more lupine than equine.

“Oh my God,” I huffed out a frightened breath, fearing I might hyperventilate. A chill ran down my spine that had nothing to do with the October evening breeze.

Calling it a wolf was an insult to nightmares. While it was shaped like one — it was like a wolf on steroids. The bad kind, that made the user ginormous, stupid, and overly aggressive. I imagined bulging, ugly veins hidden under the thick fur.

The clouds must have drifted past the moon, I didn’t dare take my eyes off the creature to make sure. Moonlight illuminated its fur revealing touches of gray and silver in the mud-splattered hide.

My earlier dark thoughts about stepping off the railing cast aside, now I really did wonder if this was to be my last night on Sceadu.

To the left I heard something else coming through the bushes, fast with more agile footsteps. Was there another one? My hands began to grow clammy against the cold metal.

Unexpectedly, as the noise of whatever followed the massive beast got closer, there was a flash of blue fabric in front of me. Then two things happened so swiftly I couldn’t tell which happened first.

“No chase! No!” A voice hissed in the gloom so softly I could have imagined it.

“What the hell—” the soft voice said a second later, sounding more aggrieved.

Darting through the branches of two mature cedars bounded another monster wolf. It shifted from the cover of the forest into the clearing with such speed that it took a moment to discern that it wasn’t alone; not one but two more giant wolves! Neither as big as the first but now swarming around it. Massive teeth nipped at the grayish creature like they were trying to bite it or halt it.

They seemed to perceive this nocturnal excursion with more intensity than their larger cousin, adamant in the attempt to get the monster wolf’s attention, trampling the weeds and grass in a slapdash manner.

Frightened out of my socks, I forgot there was nothing but a long drop behind me...

Two winners will receive a e-copy of Bellocaro (P.S. Meraux) ~ (US Only)

The cover is simple and eye-catching. The story sounds like a good addition to vampire lore.