Spotlight on August and Everything by Jennifer Salvato Doktorski, Plus Excerpt & Giveaway! Today we're excited to spotlight August and Everything by Jennifer Salvato Doktorski! Read on for more about Jennifer and her book, plus an excerpt & giveaway! 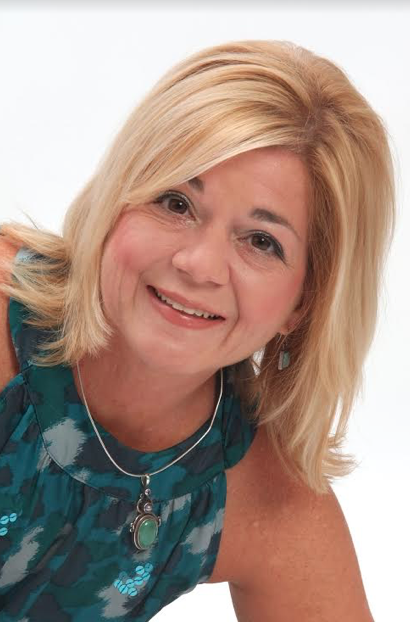 Jennifer Salvato Doktorski is the author of three YA novels and is a freelance nonfiction writer. Her first paid writing gig was at The North Jersey Herald & News, where she wrote obituaries and began her lifelong love of news and coffee. She lives in New Jersey with her family. Visit jendoktorski.com.
Website // Twiter // Instagram
Meet August and Everything! 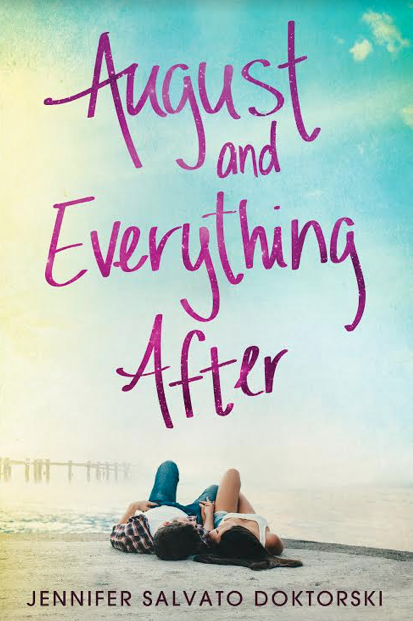 One last summer to escape, to find herself, to figure out what comes next. Fans of Sarah Dessen and Jenny Han will love this contemporary, coming-of-age romance.

Graduation was supposed to be a relief. Except Quinn can’t avoid the rumors that plagued her throughout high school or the barrage of well-intentioned questions about her college plans. How is she supposed to know what she wants to do for the next four years, let alone the rest of her life? And why does no one understand that it’s hard for her to think about the future—or feel as if she even deserves one—when her best friend is dead?

Spending the summer with her aunt on the Jersey shore may just be the fresh start Quinn so desperately needs. And when she meets Malcolm, a musician with his own haunted past, she starts to believe in second chances. Can Quinn find love while finding herself?

I started wearing my grandmother’s old cat-­eye glasses in June, right after my latest crush nearly crushed me. The messy incident involved my band student teacher, a six-­pack of Blue Moon, and a freak thunderstorm. Connect the dots any way you want. I know it’s not pretty. Neither was I when I put on Grammy’s glasses. But that was kind of the point. When I fled my small town after graduation to spend the summer at my aunt’s beach house, I didn’t want to be the old Quinn Gallo anymore. Here at the Jersey shore, no one knows me as the half-­naked girl who had to be rescued from her band teacher’s Toyota Corolla by the Jaws of Life.

The glasses added a layer to my new anonymity. I found them tucked in the top drawer of the wicker dresser as I unpacked in the guest room, and something inside me shifted when I put on the black, bejeweled frames. Like the first time Bilbo slipped on the One Ring of Power.

I got the prescription adjusted to fit me and I’ve been wearing them ever since.

In fact, I’m wearing them tonight as I sit on a barstool at Keegan’s Cocktail Lounge, the old-­man bar turned indie rock club where I waitress on Friday nights. I’m reading The Awakening while the opening act—­a singer/songwriter dude with a backstory more tragic than my own—­sets up. It’s his first performance since his guitarist and drummer were killed in a tour bus accident two years ago. My coworker, Liam, told me all about it.

“Malcolm was really messed up. He blamed himself.” I told Liam I couldn’t imagine, but unfortunately, I could. My best friend, Lynn, died when we were fifteen.

So I’ve been avoiding Malcolm since he got here, knowing that if I’m not careful, I’ll get pulled into his orbit. Fuckups attract fuckups, I’m sure of it.

Apparently I’m ignoring him better than I thought, because he manages to sneak up behind me, lean down so that we’re almost cheek to cheek, and peek through my glasses. I startle and face him.

“What the hell are you doing?” I ask, louder than I intended.

“Sorry,” he says. “I had to know if those glasses were real or some hipster gimmick.”

Before I can stop myself, I reach up and tug his beard. “I was thinking the same thing about this.”

“Ouch. I usually get a girl’s name before she grabs my facial hair. Or anything else.”

I put down my book and hold out my hand.

He holds my gaze and hand longer than he needs to, swinging my arm a little like we’re about to twirl a jump rope.

“I know.” I flick my thumb toward the flyer taped to the mirror behind the bar. “I can read.”

He nods toward my book.

“I see. Is that the feminist lit talking or are you always like this?”

I twist the leather cuff bracelet I never take off and think of something nice to say. It’s not his fault he’s immune to Grammy’s glasses. “I’m looking forward to your set.”

“Yeah? But you brought backup entertainment just in case?”

“Reading is work, not entertainment. My aunt’s letting me live with her this summer on the condition that I read one book a week. Her picks.”

“What else have you read?”

“It’s possible your aunt needs to lighten up.”

“Small price to pay for a summer away from home. I had to get away from my town.”

“Trouble with the law?”

“More like trouble with The Mom. I’m not her favorite daughter at the moment.”

My “poor judgment” regarding my unromantic evening with my band teacher coupled with my decision not to go to college this fall landed Mom and I on opposite sides of an enormous iceberg. We both needed time to thaw.

“Ha! I could write a book about being the prodigal son.”

“Can you make it a song instead? If you write a book, my aunt will make me read it.”

Malcolm’s reflexive laugh warms my body. He looks like he’s about to say something else, but before he has a chance, Caleb, the owner of Keegan’s, signals Malcolm that it’s time to take the stage.

Neither of us moves.

I stare at him over the top of my glasses. He tilts his head like he’s deciding what to do next. Then, before I have time to register what’s happening, Malcolm reaches toward my face and gently pushes my glasses back up my nose.

“You have pretty eyes, Quinn. You shouldn’t hide them behind ugly glasses.”

For the first time in my life, someone looked me in the eyes and didn’t point out that they’re two different colors. The right one is brown, the left is blue. I want to say thank you, or have a good set, or something, but by the time I get my voice back, he’s gone.

I smooth my apron, pick up my book, and try to shake off the feeling that my defensive shield just failed me and allowed my next nobody to walk right through.

Two winners will receive a copy of August and Everything (US & Canada only).

Author Chat with Jasper Sanchez (The [Un]Popular Vote), Plus Giveaway! ~ (US Only)