Nov 01 Posted by YABC in Giveaways

For Day 4 of the ROOTLESS Blog Tour, I give you my review of ROOTLESS:

I didn't know what to expect when I first cracked open ROOTLESS. I knew a few things about the book - that it was about a young nomad, Banyan, who lives in a post-apocalyptic world where nothing can grow except genetically-modified corn, and to maintain some semblance of the "old world," Banyan builds trees out of scrap for those willing to pay the right price. I also knew that Banyan's particular love story starts out with his love interest shooting him in the arm with a nail gun.

I normally leave the reviewing up to the other YABC staff reviewers, since I'm usually too busy managing YABC from behind the scenes, but after a few pages of ROOTLESS, I wasn't about to let this one out of my hands.

Howard plunges the reader into Banyan's world from page one - no lengthy backstory, no council meetings catching us up to speed. Banyan's story moves at a rapid pace, and I was sucked in immediately. Turn after turn, twist after twist, we follow Banyan on a psychedelic journey across an American landscape we hardly recognize. Without trees to clean the air, people find it hard to breathe and some suffer from damaged lungs. Without roots to hold the soil in place, the coasts have eroded away into surging seas. And did I mention there were man-eating locusts plaguing the GMO cornfields of what was once the Midwest?

ROOTLESS is one intoxicating, crazy thrill ride. Although I did see a few minor twists coming regarding characters, I never knew where Banyan's journey would lead him next. Howard has created a trippy, freak show of a world, and I mean that in the best possible way. After the ending (which I never once saw coming), I couldn't stop talking about Banyan's story for days. ROOTLESS is a book that sinks its hooks into your brain and won't let go. It demands to be read.

Good Points
Fully fleshed-out characters, strong cultural diversity, and a non-preachy environmental message that will resonate with every human. I'm just so in love with this book, and cannot wait for the next in the series.
For those who like a bit of romance in your YA, ROOTLESS has a satisfying amount, although it's not the main focus of the story. Banyan and Alpha share a uniquely respectful relationship that I haven't found too often in YA books. Banyan is a unique character as well -- he has a deep respect for all women and regards them as equals in every way. As a woman, I really appreciated this addition of Howard's. We need more YA boys like Banyan!

This book is rated for ages 14 and up. There's a little bit of everything: drugs, sex, and rock and roll. But it's a great combination for most teens (and adults!).
Bad Points
Only one teensy niggle for me: There were times I needed a bit more description during some of the action scenes to fully understand what went down, but that could just be my personal reading style, because I struggle with visualizing action in most fantasy books, if the world isn't like our own. If you don't have a problem with that, then this book should be a solid 5 stars for you! 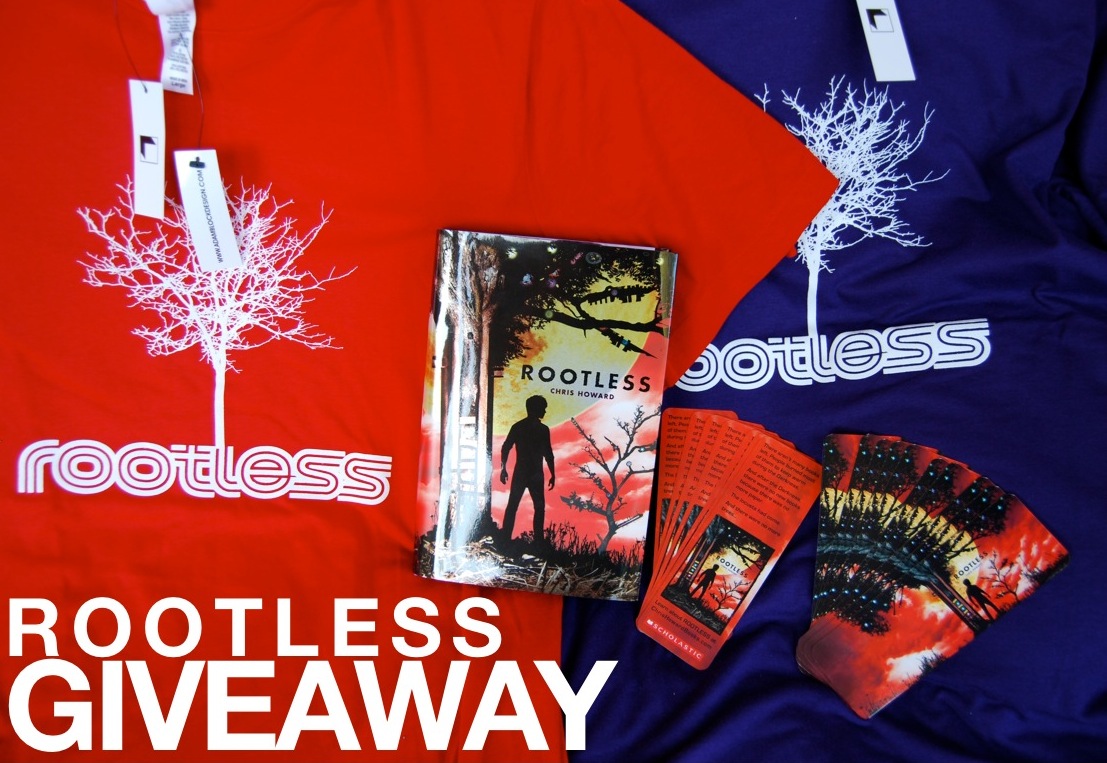 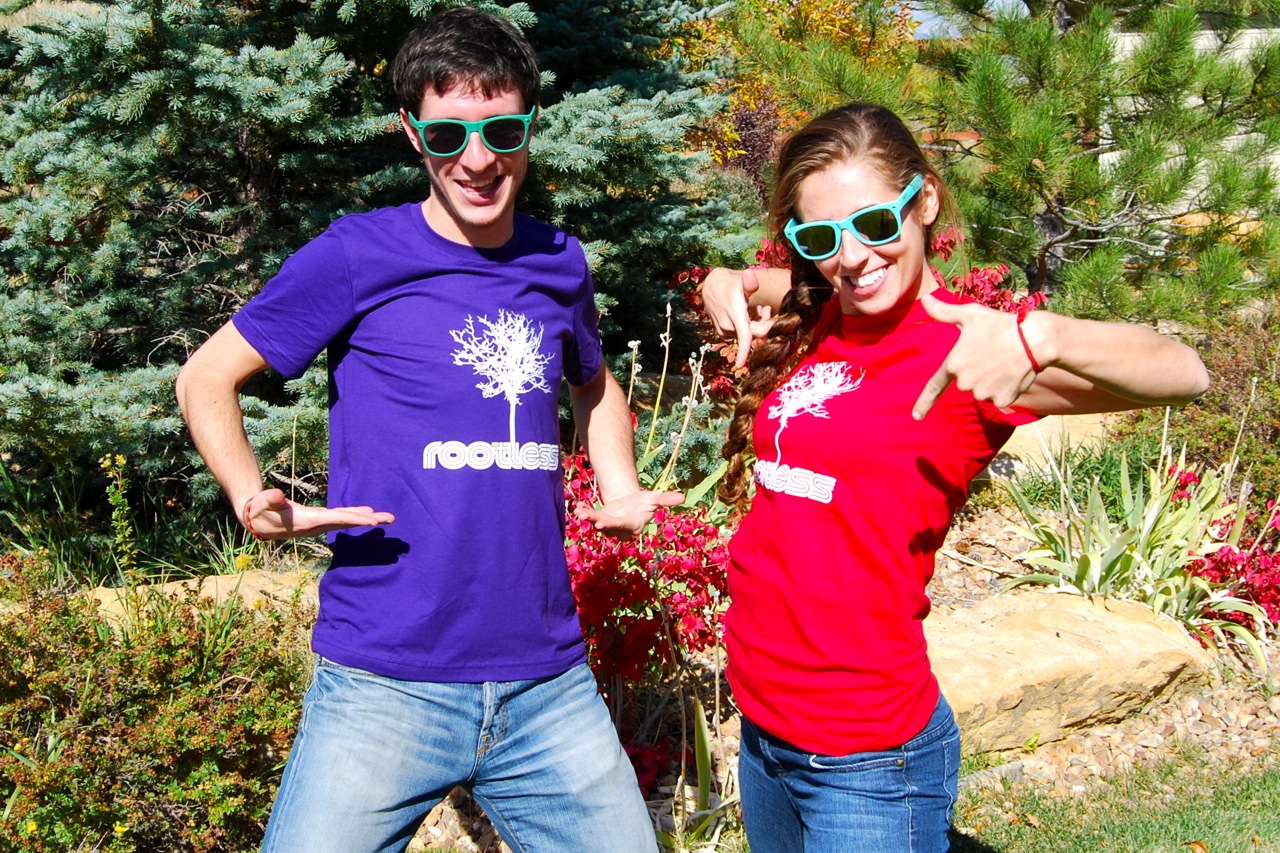 1 international winner will receive a signed copy of ROOTLESS, signed bookmarks, and a limited edition ROOTLESS t-shirt! Fill out the form below to enter.

Check back each day for a new stop on the tour! Each blog has exclusive content for your reading pleaure. Check out this rad blog lineup:

Tuesday Oct 30 - VLOG from Chris at BookNerd.ca - The Inspiration Behind ROOTLESS

Friday Nov 2 - How Do You Write? (An Interview with Chris) at BookandLatte.com

Saturday Nov 3 - The World of ROOTLESS at YAHighway.com

Friday Nov 9 - The Science of ROOTLESS at LiteraryRambles.com

Saturday Nov 10 - The Music of ROOTLESS at ReadingTeen.net (plus an exclusive song download, recorded by Chris!)

Sunday Nov 11 - Final Reader Q&A at YABooksCentral.com/blog - Chris answers the questions YOU submitted during the tour!